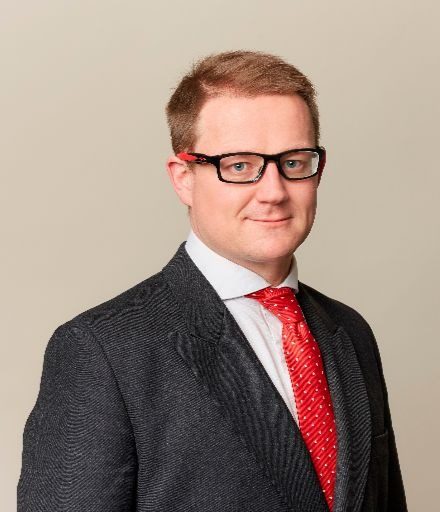 James is an experienced personal injury practitioner. He is available for high value Fast Track and Multi-Track claims. His experience includes serious injuries arising from road traffic accidents, pubic liability and accidents at work; the latter overlaps with James’ Health and Safety and Coronial practise.

James also has extensive experience in all aspects of fraudulent cases including fundamental dishonesty and s57 of Criminal Justice and Courts Act 2015. He regularly acts for all the major solicitors and insurers in this sector.

James is available to advise both in person and on paper and has a strong paper practise settling pleadings.

James will always make himself available to those who instruct him on the telephone and via email.

Acting for the local authority in a public liability case. The claimant alleged to have tripped on unstable stairs. The defence was one of reasonable inspection

James approaches all cases in a pragmatic and objective manner. He is able to provide realistic and commercially sound advice at all stages of a case.
James appears regularly in Multi-Track and High Court cases.
For those cases which are not compromised, James is a robust and very well prepared advocate for whom no detail is too small. He prides himself on well planned and well executed cross examinations.

James’ focus is on breaches of commercial contracts. His keen commercial awareness makes him well-placed to advise and act on all aspects of potential breaches/causes of action. He provides pragmatic advice and will assist clients in pitching well-placed Part 36 offers as well as attending settlement meetings. If matters should go to trial, he is always diligently prepared and is robust and forensic in his cross-examination.

James has great experience dealing with Unincorporated Associations. The issues in these cases often go outside of simple legal and factual disputes and James is well placed to advise on the use of ADR and attend in those instances. Pleadings need to be done carefully and James is happy to assist at any stage.

James frequently advises insurers in relation to all aspects of their contractual and non-contractual obligations, including breaches of the contracts of insurance, avoidance of indemnity and other obligations arising out of indemnity insurance; such as those under the Road Traffic Act 1988 and Article 75 of the Memorandum of Understanding.

James has experience acting for large landowners in relation to claims for trespass and nuisance, including claims against neighbouring land which has built new properties in breach of easements and defending claims for nuisance for failure to properly maintain rights of way.

James accepts instructions in cases arising out of serious or fatal injuries in the workplace. He is able to provide advice at an early stage and deal with all areas of court proceedings thereafter.

James routinely acts for insurance companies in personal injury and HSE prosecutions and is well placed to advise defendant companies and insurers at the first sign of HSE involvement or civil claims.

James also regularly attends coroner’s inquests and is available to act in other regulatory cases, with special interests in Health and Safety and Environmental / Waste Management prosecutions an area in which James is assisted by his Bsc (Hons) in Geo-chemistry.

James’ main focus is on police discipline. He regularly acts for the Appropriate Authority in such cases and has also acted as  legal advisor to the Chief Constable in appropriate cases.

James can also act in all other professional disciplinary tribunals including but not limited to:

James is also available to assist clients in the following areas:

James is instructed by the police in this case  involving an altercation with a cross bow.

Representing the police, the deceased was under medication for Bipolar depression.  Emergency services were called to deceased home where she was in a distressed state and causing damage to the premises in the presence of her young family. She died shortly after arrival @ hospital.

Inquest touching the death of KT

Representing the bereaved family of a 30 year old woman who had a number of complex medical issues. She was steroid dependant, but none was administered until moments before her death.

Representing a European company with a U.K turnover of £129m (and so outside of the top bracket of the sentencing guidelines).

A guilty plea was entered to an offence contrary to section 33 Health and Safety at Work Act 1974 act by breaching its duties under s 3(1) of the Act.

James advised at an early stage in terms of the relevant evidence to put before the court, including the extent of financial disclosure and the specific risk assessments and training given to employees across the country.

Following a guilty plea and mitigation, the Defendant was fined just £100,000.

Representing a company that provided air conditioning services to supermarkets and department stores with a turnover of £6m.

James represented the Second, Third and Fourth Defendant who were prosecuted as a result of a crushing injury that occurred at Armley Prison, Leeds. The complainant was run over by machinery driven by a third party contractor. Both the machinery and the contractor were under the control of the Second Defendant company and the Fourth Defendant as an employee of the company.

The Defendant company pleaded guilty to offence contrary to s33(1) of the Health and Safety at Work etc Act 1974 by breaching its duties under s 3(1) of the Act. The charge against the company director was discontinued. The Fourth Defendant pleaded guilty to tampering with the evidence post accident and therefore obstructing the investigation.

James drafted the Basis of Plea and successfully argued that the culpability was less than the HSE submitted. Following mitigation, the company was fined £600. The Fourth Defendant was fined £100 for evidence tampering.

James represented the family of the deceased who died having been admitted to hospital for severe alcoholism. The deceased was subject to a hospital restriction order at the time of his death.

James is representing the family of an 18 month old boy who was in remission from Leukaemia following a bone marrow transplant. He subsequently died of a heart attack, whilst in hospital.

Yesterday, the Court of Appeal handed down Judgment in a case where the Administrators of Debenhams sought clarification of their position in relation to furloughed employees.

On 6th April 2020 the TIPD came into force. It implements a number of changes and supplements to the Practice Direction – Insolvency Proceedings July 2018.

The working landscape has altered dramatically over the last three weeks. Many workers are now based at home, many businesses are not sure whether they should continue to trade or not.