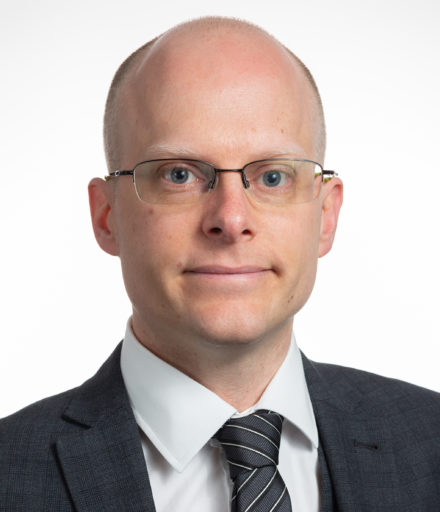 Christopher is known for his detailed case analysis, client-focused approach and thorough cross-examination skills. He accepts instructions from claimants and defendants across all areas of personal injury work, including:

Christopher is known for his detailed case analysis, client-focused approach and thorough cross-examination skills. Christopher accepts instructions in all areas of commercial, chancery and property work. In addition, he is an ADR-ODR International accredited civil/commercial mediator.

Christopher prosecutes and defends and has experience in the Magistrates’ and Crown Courts. Christopher also accepts instructions in the Youth Court, and having been a teacher previously, he is ideally placed to deal with young people and can quickly build a rapport with them.

‘We have been happy with how he approaches cases and his ability to see the bigger picture. Chris has built a good rapport with members of the firm and the clients he has represented. The work he has done for us has been impressive.’ (Michael Culshaw & Co.)

‘Christopher Machin is an exceptionally thorough and reliable counsel, who combines his legal expertise with the aim to deliver the best results for firms and clients alike. His in-depth understanding of legal procedure and up-to-date knowledge of case law on various matters, such as driving offences, underpin his methodical approach to solving legal problems. We highly recommend Christopher Machin’s services.’ (MB Law Ltd Solicitors)

Christopher is known for his detailed case analysis, client-focused approach and thorough cross-examination skills. He acts for both landlords and tenants in public and private cases, and accepts instructions in cases involving: