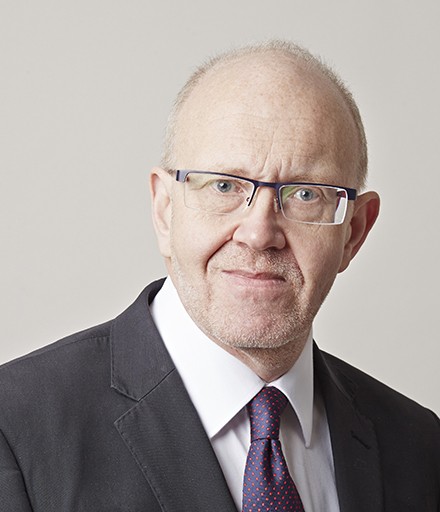 ‘A senior junior with a wide range of Chancery and commercial experience.’ – The Legal 500 (2020)

‘Highly recommended for contentious probate and trusts matters.’ – The Legal 500 (2019)

A major part of David’s practice relates to probate and inheritance matters, including those with an international dimension. He has a particular expertise in dealing with contentious probate cases, especially those concerning challenges to wills upon the grounds of lack of testamentary capacity and undue influence, in addition to those relating to claims against estates based upon constructive trust and proprietary estoppel arguments and cases concerning the interpretation of Wills.

“Recommended for probate and inheritance cases, as well as TOLATA applications and commercial matters.” – The Legal 500 (2015)

Linked with his probate work is David’s equally extensive experience of claims brought under the Inheritance (Provision for Family and Dependants) Act 1975. He has dealt with a very large number of such cases, from those involving multi-million pound estates (Moss v Moss) to those which are much more modest. He is particularly experienced in dealing with mediations in such cases, both as representative of a party and as a mediator.  David has shared his experience by presenting a number of seminars on this area of law over the past few years.

“I have instructed David on more cases than I can remember over the past 5 years or so, most frequently in relation to those concerning property matters, contractual issues and, in particular, trusts and contentious probate. On every occasion bar none he has, very quickly, got to the heart of the issues and given practical, clear advice that is appreciated and easily understood by clients…..and myself for that matter!  He is without fail the first person I think of when my clients need specialist advice in any of the above areas.”​ (Daniel Edwards, Lupton Fawcett Solicitors)

David Rose has represented many clients in trust disputes, and regularly advises and assists with drafting work in non-contentious trust/proprietary estoppel cases (including applications under the Trusts of Land & Appointment of Trustees Act 1996 (TOLATA) and the Variation of Trusts Act 1958). In particular, he has dealt with many constructive trust/proprietary estoppel cases at all stages from initial advice through to contested trials.

As a trustee of a local charity David has first-hand experience of both the law and practice relevant to the operation of a charity. He has been involved in a number of cases involving charities, including those dealing with legacies, disputes relating to property and the terms of their trust deeds.

David Rose has extensive experience of dealing with all forms of property dispute, including those concerned with rights of way, restrictive covenants and boundaries as well as disputes relating to nuisance and property sales. He has dealt with a number of matters falling under the Party Wall, etc Act 1996. He also deals with landlord & tenant disputes relating to both commercial and agricultural property.

In commercial matters, David Rose has represented clients in a wide range of cases concerning commercial contracts, including those with an international dimension.

David was a counsel in the landmark case of Hobson & Others v Ashton, Morton, Slack & Others (2006), which arose out of the government’s Mineworkers’ Compensation Scheme. He was instrumental in the successful opposition to an application for a group litigation order (under Part 19.11 of the Civil Procedure Rules) by the proposed claimants and dealt with a number of associated cases following the initial decision as well as other cases relating to the Miners Compensation Claims.

David Rose has experience of dealing with applications in the Court of Protection (both in its current form and in its earlier incarnation) relating to the property and affairs of protected persons. He also has experience of cases involving trusts (including discretionary trusts) established for the benefit of such persons.

David has wide experience in handling professional negligence cases involving issues within the scope of his Chancery & Commercial practice, in particular against solicitors, accountants and surveyors arising out of property, trust, inheritance and probate claims.. The length of his experience means that he is well placed to judge the standards reasonably to be expected of a professional. He is a member of the Professional Negligence Bar Association.

David’s underlying practice, dealing with all forms of chancery and commercial work, makes him well-suited to deal with such cases, having a clear understanding of the standards of work which can be reasonably expected of professionals.

David’s real skill is his ability to tackle the most complex legal arguments and disseminate sophisticated information for clients from all walks of life. He is equally happy tackling a public enquiry on behalf of a major company as he is applying his legal mind to rights of way causing distress for rural residents; they all feel confident in his ability and informed by his presentation. Meanwhile, judges recognise the strength of his argument and appreciate his clarity and comprehension of the legal case, and opponents respect the ferocity and conviction of his debate.

He has earned the respect of instructing solicitors who have praised his keen attention to detail and confident grasp of the technical elements of litigation. Indeed, some have rued not having appreciated his expert grasp of an argument sooner. One instructing solicitor turned to David when his previous counsel let him down and said, “Once again, may I say how impressed I am with your skeleton and I wish we could travel back in time so I could have instructed you from the off! I shall not make the same mistake again!”

David is at his best when putting uninitiated clients at their ease, yet providing a realistic assessment of their prospects based on his vast experience of both law and the personalities who colour it. His key objective is minimising clients’ distress and costs at all times. Making clients’ welfare paramount, he is never afraid of providing advice in clients’ own best interests, even when it isn’t what they want to hear. Intelligent and informed in his understanding of the law and the cases he accepts, David is nonetheless a fearless combatant when presenting a case and has been described by one solicitor as a ‘rottweiler’ in court.

His article ‘A Question of Capacity’ (Leeds & Yorkshire Lawyer, Issue 91) attracted favourable comments from many solicitors.

David may accept Public Access work, where he can be instructed directly by a member of the public rather than a solicitor.

It is increasingly common for parties who are involved in claims against estates under the Inheritance (Provision for Family & Dependants) Act 1975 to enter into a “standstill agreement” to remove the need to issue proceedings within 6 months of the grant of representation as required by Section 4 of the Act.