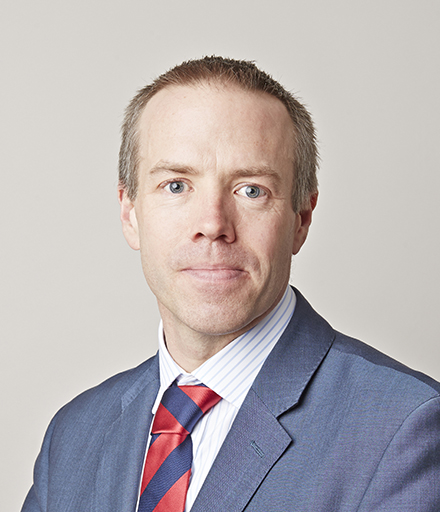 Huw was a specialist family law solicitor for 13 years before he was called to the Bar in 2010. During that time, he built up an extensive knowledge of all areas of family law and was a member of the Law Society’s Children’s Panel; he also held higher rights of audience, reflecting his position as an experienced solicitor-advocate.

“Huw is calm, measured and always shows excellent judgement in his cases. Huw is always extremely well-prepared and manages to hone in on the key points on behalf of his client. He is very adept at winning the confidence of clients and alert to what shall be their priorities and worries.” – The Legal 500 (2021)

Huw specialises in cases relating to children in both public and private law cases. He regularly represents local authorities, parents, children and grandparents.

As a specialist family practitioner, Huw is regularly briefed in more serious and complex cases and he has experience in dealing with cases involving serious injuries and sexual abuse.

Huw has a particular interest in cases with a jurisdictional element. He has been heavily involved in a number of complex cases relating to applications to transfer to a foreign jurisdiction under Article 15 BIIR and international adoption over the last 12 months.

He has a reputation for giving sensible and realistic advice at all stages during proceedings and for conducting hearings in a thorough and measured way.

Leeds CC v A (2016-2017), Leading Counsel for the children. Representing the children in an extremely complex 30+ day final High Court hearing involving allegations of sexual and physical abuse in a family of African heritage.

Significant aspects: This case involved calling a large number of witnesses, including children to deal with highly sensitive and contentious allegations of severe sexual abuse.

Significant aspects: Allegations of fabricated illness in a case where some of the children had also suffered with genuine significant medical problems.

Leeds CC v P (May – November 2017): Counsel for the Applicant Local Authority in care proceedings concerning a Latvian National. Advising upon, and successfully opposing application for transfer under Article 15.

Significant aspects: All parties were Latvian and the Latvian Orphan’s court was joined to the proceedings as an intervenor.