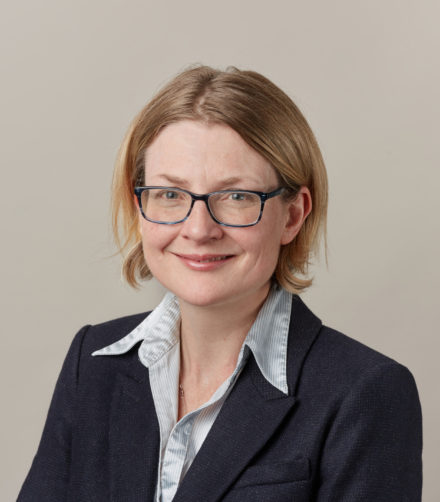 Julia’s practice principally focuses on wills, probate, the administration of estate, family provision claims under the 1975 Act  and incapacity. She is frequently instructed in multi million pound estates and trusts. She regularly advises and represents clients in the High Court on cross border succession issues particularly domicile. In 2017 she was called to the Bar in Northern Ireland to advise on domicile and jurisdiction.  She has a specialist interest in advising/seeking vesting orders from the English court for property inherited by minors overseas pursuant to S53 Trustee Act 1925. She regularly advises on breach of trust issues; fraud on a power; executor and administrator removal and is very familiar with applications under the Variation of Trusts Act 1958.  Julia has a depth of experience in structuring post death deeds of variation both in settlement to litigation and for tax purposes. Julia is co-author of 5th edition of Rossdale Probate and Administration of Estates; a member of STEP Central London; and an editor of the Court of Protection Law Reports- Property and Affairs.

Julia frequently deals with issues of professional liability which arise after the death of the Deceased including: White v Jones issues and the duty owed to beneficiaries; failure by solicitors to execute a will expeditiously in circumstances when the Deceased is terminally ill; Failure to execute a will in contemplation of marriage.  She also has a wealth of experience advising on loss incurred when the Golden Rule is not followed in the preparation of wills subject to a later challenge of invalidity on grounds of incapacity and failure to meet the Banks v Goodfellow test. Julia has acted for trustees who have relied upon negligent professional advice causing the trustees and therefore the trust to incur significant and unnecessary financial obligation and invest in overvalued property. She is experienced identifying actual loss: For example the loss caused by solicitors applying for decree absolute thereby removing a widow’s pension entitlement prior to a pension sharing order taking effect – and the consequences of mitigation of financial provision through a 1975 Act claim.

She also accepts instructions on pure company matters and has a depth of experience in advising on Unfair Prejudice applications S994 and protecting the rights of minority shareholders. The fact that Julia is an acknowledged expert in this field is recognised by the fact that since 2012 she has been the contributor and author of the Unfair Prejudice Chapter in the leading text Gore Browne on Companies. Julia has worked with leading counsel defending extensive allegations of breaches of fiduciary duty against directors in two Cayman Island Companies together with multi million pound allegations of breach of contract; fraud and conspiracy. She has presented off shore seminars in Cayman on the use and abuse of directors and shareholders powers post Eclairs v JSX Oil . Closer to home Julia regularly advises  directors on fraud on a power particularly in circumstances where the directors have mixed motives and the practical realities/ parameters  for shareholders of the codification of directors duties in S170 and S171 Companies Act 2006 and commercial reality.

Seeking to establish as a preliminary issue in a 5 day trial that the Deceased had acquired the UK as his Domicile of Choice at the date of death. Representing the Deceased’s 4 year old child wishing to bring a claim for reasonable financial provision against his Estate under the 1975 Act. Resisting further late argument that the Deceased had (even if established) legally abandoned any Domicile of Choice. £2.5 million international Estate with complex financial and corporate structuring. Opposing factual matrix presented by Indian family and wife on behalf of Estate. Asserting extensive English financial footprint; intention and residence.

Successfully upholding the validity of a handwritten poorly drafted holographic Will in a £2.7 million Estate; representing the named principal charitable beneficiary the Serbian Orthodox Church. Issues:  i) whether the testator intended to benefit the UK registered charity or the Montenegro branch of the Church. Tax considerations arising: ii) whether there was an intention to make an absolute gift or hold on trust and if so for what purpose. Construction arguments considering the use of precatory language and the use of external sources aiding the search for intention notably legal Serbian Opinion on the use of the English word “money”.

Successfully removing a co-executor pursuant to S50 Administration of Justice Act 1985 Co-executor refusing to cooperate in sale of Deceased’s home which she remained in occupation of;  wind up the Estate; or correspond with the Estate’s solicitors such that co-executor could not comply with duties under S25 AEA 1925. ‘Welfare of the beneficiaries’ test made out. Satellite litigation to obtain occupation of the property.

Worked as a team of 7 counsel in a high value construction contractual dispute in the preparation of the defence and £22 million counterclaim.

Confidential settlement after adjourned trial of 3 separate but inter related claims of family members and associated companies. Representing the class of unborn and remoter issue discretionary objects in a will trust. Satisfying the court that the variation was in the interests of the represented class in circumstances where unusually the entire original trust property of circa £7 million (shareholding in a family business) was being substituted.

Appearing on behalf of intervener asserting beneficial ownership of shareholding in company and that shares should not be treated as matrimonial assets.

Acting unusually for the wife in a case with 7 interveners including the Official Receiver.  Issues arising over the beneficial ownership of shares in one trading and two property holding companies; the dilution of the wife’s minority shareholding; breach of the director’s fiduciary duties; and freezing the companies’ assets.

Representing Defendants in claims made over beneficial interest in shareholding of family company and the quasi family home under TOLATA 1996 arising out of a rectification argument. Issues included advising the company on share buy-back settlement proposals and tax consequences.

Representing parent and subsidiary companies as intervener. Complex inter-company loan structures. Successfully defending the companies’ assets from allegations of sham and the wife’s claims that the companies’ assets were ‘property’ to which H was entitled to within the meaning of S24(1)(a) MCA 1973.

Led by Michael Todd QC in Cayman Grand Court representing loss adjuster and project Management Company defending claims of breach of directors’ duties; breaches of contract; fraud and conspiracy. Pleading Counterclaim for tort of malicious prosecution for civil proceedings with eventual success in the Privy Council [2013] UKPC 17 NB did not represent client in CC hearing because of funding difficulties.

The Civil Team will be holding a seminar on Foreign Issues in Contentious Probate on 11 October 2018.