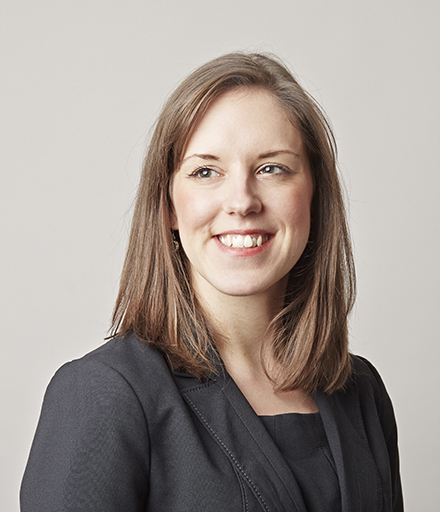 2012 - Pupil under the supervision of Mark Gargan at No 6, Leeds

Kate has vast experience in personal injury claims, acting for both Claimants and Defendants in claims arising out of injury or death in the workplace, in prison or custody, in a public place, on the road or as a result of clinical negligence. Increasingly, Kate’s practice includes serious life-changing injury claims and high-value litigation. She is approachable, thoroughly prepared and a persuasive advocate. Kate is a contributor to Butterworths Personal Injury Litigation Service.

She undertakes work at all stages from advisory work, drafting pleadings, schedules of loss and Part 35 questions, attending CCMCs, JSMs, through to trial and approval hearings. Kate regularly appears at inquests prior to civil proceedings, providing continuity of representation throughout.

Kate is regularly instructed on behalf of NHSLAs, insurers, large supermarkets and, since her appointment as junior counsel to the Crown in 2018, Kate regularly acts on behalf of public and privately run prisons, healthcare in justice providers, the Crown and other State Departments in personal injury, Human Rights Act 1998 or Fatal Accidents Act claims.

Kate is experienced in disputes arising out of the Fixed Recoverable Costs regime and is regularly instructed to advise on and/or represent parties at hearings concerning technical costs/procedural issues.

For a decade across all areas of Kate’s practice, she has maintained a particular interest in cases involving psychiatric injury and individuals with mental health difficulties. Her ability to comprehend the needs of complex cases and calm, empathetic manner means she is a popular choice for Claimants and Defendants in occupational stress claims and claims arising from psychiatric injury caused by breaches of the implied term, bullying, harassment, overwork and claims which involve a psychological component.

Kate has a broad experience in the field of healthcare law for almost a decade. She is a thorough and persuasive advocate, navigating complex medical and legal issues in a calm and approachable manner. Alongside her court work she also has a busy paper practice, and is always available to her instructing solicitor by telephone.

Kate’s experience of clinical negligence and medical mal-practice includes acting on behalf of both Claimants and Defendants in general practice, hospital, midwifery, dental, care home and healthcare in custody settings.

Kate may accept Public Access work, where she can be instructed directly by a member of the public rather than a solicitor.