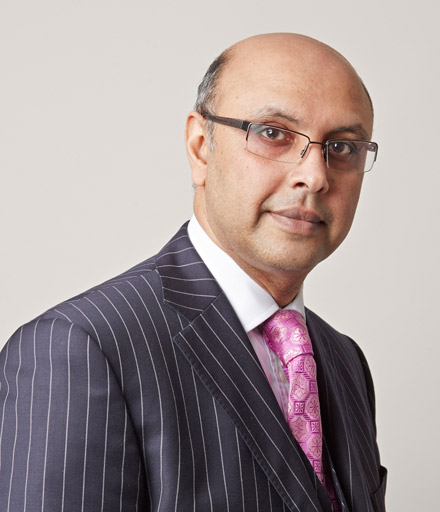 Khadim Al’Hassan has a heavyweight practice in Serious crime and Regulatory matters and has been practising in the UK and abroad for over 25 years. He regularly appears before the English and international courts and tribunals, and advises on issues of jurisdiction.

Khadim provides specialist advice and representation in all areas of criminal and regulatory law. His strength lies in his wealth of experience and knowledge as well as a commitment to effective case management, rigorous analysis of the relevant law and procedure, and meticulous attention to detail. He is well regarded as providing strategic advice and robust representation.

He is regularly instructed in cases involving serious organised crime and regulatory offences arising out of complex investigations,  and advice in respect of parallel criminal investigations and prosecutions, inquests and inquiries.

He advises business and individuals in relation to all regulatory compliance issues and provides comprehensive advice to clients to ensure compliance before investigations and enforcement arises.

Khadim is regularly asked to provide second opinions on cases and appeals.

A small selection of cases in which Khadim has appeared: