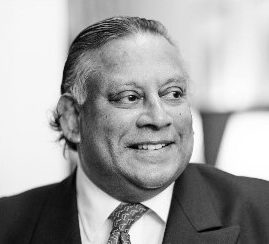 Lee is a highly experienced specialist criminal defence counsel. He has been practising for over 30 years and has built up a reputation and following amongst solicitors and lay clients alike such that he is instructed in serious criminal cases across the country. He is deeply passionate about his cases and is committed to achieving the best result for his clients. He has appeared in many serious and high profile cases from homicides and sexual cases to international financial crime.

Lee began his career as a barrister practising general common law being instructed in civil, family and criminal cases. Within a short period he was committed to an exclusively criminal practice. He built a reputation as a hardworking and talented junior barrister and was instructed in many high profile and serious cases, becoming a regular at the Old Bailey.

Lee took silk in 2010 and his reputation was further enhanced. He is now instructed in complex cases across the country. His wide ranging experience includes cases of murder and manslaughter, a variety of sexual cases, from indecent touching to the most recent high profile grooming cases, robberies ranging from domestic burglaries to sophisticated armed robberies of banks; international cases of drugs and human trafficking. A major part of his practice has also involved serious fraud cases, including large scale VAT cases featuring bonded warehouses, cheating the revenue and bribery.

Since 2005 (taking silk in 2010), Lee’s practice has expanded from London to serious and high-profile cases in Leeds and elsewhere on the North Eastern Circuit.

Numerous cases of homicide (murder and manslaughter), both as junior and as leader, including a 25-handed trial of conspiracy to murder.

Lee is experienced in a wide variety of sexual offence cases, from indecent touching to multiple rapes.

Lee has handled every aspect of robberies and burglaries, from domestic burglaries to street robberies, serious aggravated burglaries and armed robberies of banks, building societies and security vans by highly organised and sophisticated gangs.

Other cases of violence

Lee has conducted many cases of GBH, assaults, and public-order offences of affray, violent disorder and a case of riot.

Lee is experienced with conspiracy to import, supply and possess class A, B and C drugs, including high-value serious cases involving informants, covert observations and recordings.

Many of Lee’s serious drugs cases inevitably have a strong international element, requiring research into the laws of other countries (in particular, understanding the different methods of collation of evidence has proved vital in defending cross-border cases).

Lee has conducted a number of Snakehead cases, including R v L & others , R v W & others. The Snakeheads originated in the Fujiyan province of China, for centuries facilitating Chinese people to travel within various provinces of China. In the 1990s, they were responsible for many illegal entrants into the UK. People were brought over with false documentation or smuggled in lorries. They were then often kept hostage until a fee was paid in China. Travel agents with a nasty bite!