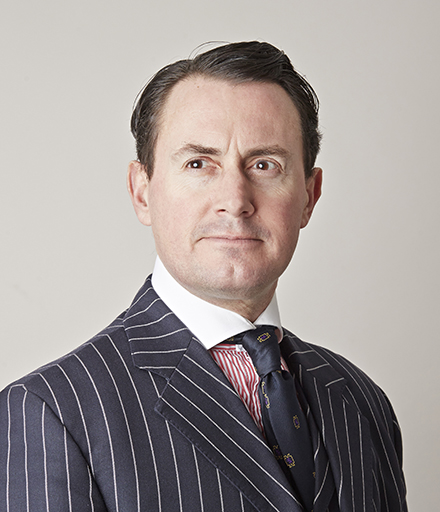 “He is concise and very precise in his approach.” “He is without doubt one of the most thorough, engaging and personable barristers at the Bar. His presentation of his cases is first class.”  “He is very thorough and has a lovely manner. He is a very effective cross-examiner.” – Chambers and Partners (2021)

“Has a strong track record in sexual offences cases, and is also recommended for multi-handed crimes, including fraud.” – The Legal 500 (2015)

Mark McKone QC practises exclusively in criminal law, appearing for the defence and the prosecution and as a part-time Crown Court Judge.

His fields of specialism are homicide, serious sexual offences and money laundering. He serves on the rape and serious-crime panels.

Recent cases include the murder of two Polish people [Bayford], a murder during a robbery gone wrong [Heaton] and a conspiracy to murder, where a life insurance policy had been taken out by a woman and her boyfriend on her husband’s life [Fairpo and others].

He prosecuted the first two assisted suicide cases [Howe and Caller], since CPS issued guidelines on prosecuting these cases. He was involved in the Court of Appeal sentence appeal in Howe where the Lord Chief Justice issued sentencing guidelines.

He conducts cases involving serious violence, including where very young children have been seriously injured and the case turns on complicated expert evidence. In 2020, he defended in Flynn where three babies suffered significant fractures.

Mark McKone QC has defended and prosecuted many professional people, such as school teachers, university lecturers,  care workers, scout masters, priests, choir masters, nurses, physiotherapists, an international rugby player, a music composer, soldiers and prison officers charged with serious sexual offences and some violence. Many of these cases, involve allegations which go back decades and have included paedophile rings.

He has also successfully defended a number of young students charged with serious sexual offences following drunken nights out.

He defended in four trials in 2017 and 2018 brought under Operation Polymer where carers and teachers in children’s homes were prosecuted for grave sexual offences on children in their care decades ago. The complainants were career criminals who had answered adverts to claim compensation from the local authority. Successful outcomes were achieved by a meticulous comparison of the complaints to the Police with the County Court papers so as to expose significant inconsistencies and by the painstaking obtaining of and analysis of undermining unused material from prison, social services and medical records.

He has a lot of experience in cross-examining very young child witnesses, including pre-recorded cross-examination.

He successfully defended the head of Predator Exposure charged with the false imprisonment of paedophiles.

He has just finished a case where millions of pounds of drugs money was ‘cleaned’ through sham asbestos companies.

He is currently involved in  large scale drugs operations [Operations Galepark and Ennendale] with numerous multi-handed trials taking place, involving significant telephone evidence. He has been involved in huge drug importation by boat and plane cases

Mark McKone QC has a reputation for very early preparation, for being very hard working and for being approachable. He appreciates the importance of an early advice on evidence, including using the right expert and of conferences, so that all involved in the case are kept informed and able to contribute to the case.

He appreciates the importance of written advocacy as well as spoken advocacy and he has much experience of preparing written documents which will persuade the Judge to allow cross-examination on bad character and previous sexual history, where this appropriate. He also vigorously persues the disclosure and use of unused material which can undermine a prosecution case.

“Mark McKone’s plain speaking but attractive style of advocacy seems equally pleasing to judges and juries. A top notch jury advocate; one of the best.”

“He is an outstanding advocate, who is meticulous and thorough in matters of preparation. The quality of his advice is invariably of the highest order.” – Chambers and Partners (2016)

“He’s a very gifted, excellent advocate. He instils confidence in clients with his polished presentation in court.” – Chambers and Partners (2017)

“An excellent jury advocate, who can assimilate information quickly and accurately.” – The Legal 500 (2016)