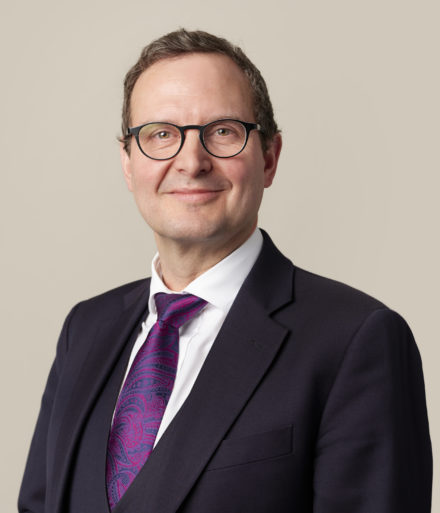 Michael has 20 years’ experience of prosecuting and defending all aspects of serious crime and is a Category 4 Prosecutor.  Following completion of pupillage at 3 Hare Court (now 2 Bedford Row), between 1997 and 2009 Michael was in practice at the self-employed Bar both in London and Manchester where he developed an exclusively criminal, mixed prosecution and defence, practice, and was instructed in all aspects of serious crime, including violence, armed robbery, firearms offences, arson, fatal road traffic cases, drugs importation/supply, large scale public disorder, child neglect and rape and other serious sexual offences.  He was enrolled on the CPS approved list of advocates in sex cases and presented lectures within chambers on topics such as third party disclosure in serious sex cases.

In 2010 Michael joined Manchester Crown Prosecution Service, which is one of the busiest Crown Advocate Units in the country.  As a Senior Crown Advocate he prosecuted cases of ever increasing gravity and complexity. Although engaged in the full spectrum of criminal prosecutions, he developed a considerable specialisation in rape and other RASSO work at Category 4.  Michael has extensive experience of dealing with vulnerable witness and is known for his skills and sensitivity in dealing with such cases.  Following a recent historic abuse case, the independent sexual violence advisor, who attended court with the vulnerable complainant, wrote to the CPS about Michael in the following terms:

“I wanted to bring to the attention of the CPS a barrister that myself and my client felt went the extra mile…. I have probably attended in the region of 50 or 60 trials with clients and have seen a wide range of treatment of witnesses by barristers.  Mr Morley offered compassion and support while remaining professional and the client said that she felt very reassured after meeting him”.

Additionally Michael was instructed in a number of cases by the Complex Casework Unit, involving, for example, Triad gang violence, and most recently the multiple murders and mass poisonings carried out by a nurse at Stepping Hill Hospital. In preparation for the latter Michael spent a considerable period working very closely with one of the GMP Major Incident Teams, helping to build this highly complex case.  He. received commendations from both the Chief Constable and DPP for his work.

Having now returned to the self-employed Bar, Michael is looking forward to developing a prosecution and defence practice once more.

The jury returned guilty verdicts following a three week trial, in relation to multiple charges of rape, assault, and controlling or coercive behaviour within an intimate relationship.

Michael Morley successfully secured the acquittal of a defendant charged with the kidnap and torture a man, in addition to the holding prisoner of two others.