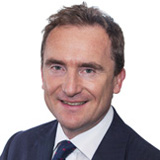 Oliver Saxby QC was called to the Bar in 1992 and appointed Queen’s Counsel in 2013. Since then, he has gained a significant reputation for his robust and meticulous approach, having gained particular expertise in serious sexual allegations, joint-enterprise and other complex murder and manslaughter cases. Oliver was shortlisted for Crime Silk of the Year 2019 by both Chambers UK and the Legal 500, the only Criminal Silk to be shortlisted by both of the two definitive guides to the profession.

Oliver’s experience in defending serious sexual allegations involves particular expertise in advising on the investigation and charging of multi-handed, multi-complainant sexual exploitation cases, presenting such cases before a jury, and preparing and presenting the defences of those charges with multi-complainant sexual offences. His practice has regularly involved examining in chief and cross-examining vulnerable witnesses, and he has vast experience in building a case around voluminous third party records.

Oliver has extensive experience in a great variety of homicide cases. He receives regular instruction on gangland and multi-handed/joint-enterprise killings, gross negligence homicide and multiple homicide. His practice has also involved presenting defences such as loss of control, diminished responsibility and associated mental disorders/illnesses. Oliver has regularly provided opinions in areas such as ballistics/firearms and causation, specifically in the context of medical mistreatment and the administering of drugs/other substances. Niche areas on which Oliver has been instructed include DNA/blood splatter and distribution, pathology and neuropathology and baby shaking.

Has a strong reputation for acting in high-profile serious crimes, in particular acting for the defence in homicide cases. He has also been instructed on a number of high-profile serious sexual offences and drug-related crimes”. “He gets right to the heart of the case at a very early stage, allowing us to instruct the right experts immediately.” “He is calm, succinct and quietly persuasive.” Chambers UK Bar Guide [2015]

Outside of sexual offences and manslaughter, Oliver has a successful practice in serious and complex drugs offences, serious fraud and regulatory offences. He represented the First Master of the ferry of the Pride of Bilbao on charges of ‘marine manslaughter’ arising from a high-profile fatal collision with a yacht in the Solent.

Oliver is often asked to give freestanding advice, both pre- and post-charge.

Cases reported in the current edition of Archbold include: