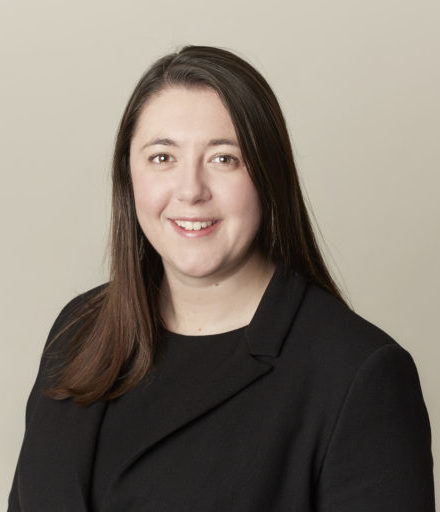 Phillipa appears in both public and private children law matters in the Family Court, as well as Family Law Act injunctions (non-molestation orders and occupation orders).

She has advised and represented parties on cases involving the following issues:

Whilst seconded to Humberside Police Legal Services in 2016, she often represented the Chief Constable of Humberside Police in the Family Courts on issues of disclosure. Phillipa has also advised Local Authorities in relation to disclosure into the Criminal Courts, including the redaction of social care records and public interest immunity.

Phillipa is regularly instructed to represent parents where there are disputes over child arrangements, including residence and contact disputes, applications for prohibited steps orders and specific issue orders. Phillipa also has experience in enforcement proceedings.

She has particular experience of cases involving:

“My client thought Phillipa was great and we achieved a fantastic result.”

Phillipa’s approachable and friendly manner ensures she is able to provide clear advice to both solicitors and lay clients. Phillipa is regularly instructed to represent clients who are young, vulnerable, and / or present with learning difficulties.

Phillipa currently coordinates the seminars for the Park Square Barristers Family Team and regularly delivers seminars for colleagues and solicitors. She is also able to provide bespoke training in relation to children law matters and court skills. She has previously delivered training for social workers at Wakefield MDC and assisted Leeds Beckett University’s BA and MA social-work students by facilitating a court skills training day.

On 12 May 2020 the Huw Lippiatt and Phillipa Hildyard of the PSQB Family Team presented via a Zoom  a review of ‘the multi-agency responses to child sex abuse in the family environment’ report, Re AA & 25 others [2019] EWFC 64, and our experience of recent multi-party proceedings.