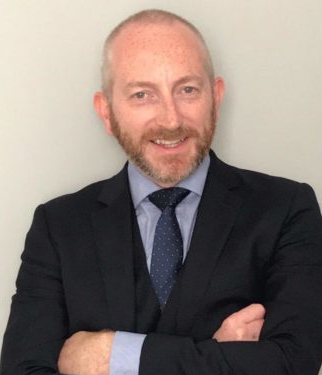 Simon is a specialist and expert inquest practitioner, with inquests constituting his principal area of practice. His expertise is such that Simon was appointed to the Attorney General’s Panel of Regional Civil Counsel (C List) after only six months in practice at the Bar as a transferred solicitor, following an open process which the Attorney General described as “fiercely competitive”.

In consequence of Simon’s healthcare regulatory law background, his inquest practice heralds a strong healthcare aspect. He is regularly instructed to represent corporate healthcare providers and their employees in addition to individual practitioners across all healthcare disciplines on the instruction of MDO’s, insurers and employers. Simon’s general sector and specific clinical knowledge are impressively well developed.

Simon spends much of his time appearing before Coroners sitting with a jury in multiweek death in custody cases which engage Article 2 ECHR, in which he will regularly represent the prison healthcare provider and appear with and against experienced counsel, including members of the Attorney General’s A and B lists (representing the Ministry of Justice).

Simon’s experience of such cases means that he has comprehensive understanding of prison processes (both discipline and healthcare), including transfers, reception screening, first night, location, movement, ACCT management, general discipline and healthcare provision. He also very much understands the unique complexities of life and work within the secure estate and the daily pressures faced by those detained and who work within it.

Simon’s more traditional inquest practice has seen him represent surgeons, anaesthetists, physicians, psychiatrists, GP’s, nurses and pharmacists in addition to primary urgent care out of hours providers, care homes (staff and providers) and other private health and social care service providers. Since his transfer to the Bar, Simon has expanded his inquest practice to include the representation of police forces and Local Authorities.

Simon has an uncomplicated approach to his advocacy which finds favour with his tribunal and also those he is instructed to represent.

Inquest touching the death of MM (Inner South London): 11 day inquest concerning the death of a prisoner in which the evidence as to the cause of death was equivocal (toxicological/ violent/ natural). The inquest also touched upon the adequacy of the deceased’s reception screening, the management of his mental health condition and his management under the ACCT process. Heard by Henrietta Hill QC sitting as an Assistant Coroner. Conclusion: Drug Related.

Inquest touching the death of RG (St Pancras): 7 day inquest concerning the self-inflicted death of a prisoner who took his own life in view of the guilt associated with the nature of his offending. The inquest touched upon the deceased’s management under the ACCT process and the adequacy of the emergency response, in respect of which Simon successfully deployed a Tainton argument to exclude that issue from the jury’s consideration. Conclusion: Suicide.

Inquest touching the death of DA (Doncaster): 8 day inquest concerning the self-inflicted death of a prisoner whose mental health had deteriorated whilst in custody. The inquest touched upon the management of his mental health condition and the prison’s response to his deterioration via the ACCT process and during a time when the prison regime was restricted as a consequence of a walk-out by discipline staff. Simon successfully argued that non-causative or contributory failings should be returned as a (Box 3) factual finding and not as part of a narrative. Conclusion: Narrative (Suicide).

Inquest touching the death of PB (Wakefield): 4 day inquest concerning the death of a prisoner as a consequence of mixed drug toxicity and in which his medical management at the time of his reception into prison and on the day of his death were scrutinised without ultimate criticism. Conclusion: Drug Related.

Inquest touching the death of JW (Doncaster): 3 day inquest concerning the self-inflicted death of a prisoner shortly after his transfer into prison. The inquest scrutinised his reception screening and also the management of his enduring mental health conditions. Conclusion: Misadventure.

Inquest touching the death of TG (St Pancras): 7 day inquest concerning the self-inflicted death of a deaf and so vulnerable prisoner three weeks after his entry into prison. The inquest scrutinised the impact of a delay in the provision of hearing aids within the context of his deteriorating mental health. Conclusion: Narrative.

Inquest touching the death of AHS (Ipswich): 5 day inquest concerning the self-inflicted death of a long-term prisoner who had variously complained at his perceived ill-treatment and arguably manipulated the prison system to his own ends. Conclusion: Misadventure.

Inquest touching the death of CW (Worcestershire): 10 day inquest concerning the death of a prisoner from opioid toxicity shortly following a decision to withdraw him from IDTS as a consequence of medication diversion. The case also included the scrutiny of the resuscitation within the context of survivability and causation. Conclusion: Narrative.

Inquest touching the death of ES (Bolton): Simon represented a GP who prescribed Oromorph to a patient with a differential cancer diagnosis. The patient succumbed to a respiratory arrest days later. Simon challenged the pathology and toxicology evidence to establish a cause of death of (1a) pneumonia and (1b) COPD and not opiate toxicity.

Inquest touching the death of JM (Liverpool): Simon represented a Consultant Anaesthetist following the death of a severely disabled young boy who suffered a serious extravasation injury during surgery and arrested post-operatively. Whilst the death was explained by a rare and previously undiagnosed congenital heart condition. Simon’s client faced an assertion of “situational blindness” by his response to the arrest, which was successfully refuted. Conclusion: Narrative (natural causes).

Inquest touching the death of Baby SD (Rochdale): Simon represented a Consultant Obstetrician following the death of a neonate from sepsis within the context of post-natal hyperbilirubinemia which developed following a missed ante-natal Anti-D injection. The case involved complex neonatology and paediatric pathology evidence as to causation and preparation for exchange transfusion. Conclusion: Neglect.

Inquest touching the death of MC (Preston): Simon represented a Consultant Radiologist based in Northern Ireland who remotely reported on out of hours films for English Trusts in a case involving an orbital abscess related death in which subsequent local scanning was delayed although, as was established, not as a result of the actions of Simon’s client. Conclusion: Neglect.

Inquest touching the death of MS (Northumberland): Simon represented an Out of Hours provider who employed a German locum GP who diagnosed a potentially fatal cardiac arrhythmia in a student who became lost to follow-up. Conclusion: Natural Causes.

Inquest touching the death of IJF (Manchester): Simon represented a Birmingham based GP who prescribed an anti-depressant to an adolescent who later went on to take her own life whilst at university in Manchester. Conclusion: Suicide.

Inquest touching the death of HB (Nottingham): Simon represented a national pharmacy chain in inquest proceedings concerning the death of an elderly gentleman from sepsis and in which a prescription for antibiotics was not dispensed. Conclusion: Natural Causes.

Much of Simon’s regulatory work has stemmed from his involvement in prior proceedings where, for example, he has represented the professional at an inquest or during a police investigation or criminal prosecution. Simon has regularly been instructed in regulatory cases with a quasi-criminal dimension involving allegations of sexual misconduct which would equally constitute a criminal offence.

Simon relies upon his extensive experience to analyse and understand how and why allegations against healthcare professionals arise and to devise the most appropriate strategy to defeat or diffuse them. His clinical knowledge and uncomplicated approach does much to gain the confidence of his clients generally and, when necessary, to accept and follow seemingly counter-intuitive advice to adopt a favourable, longer-term case strategy.

Dr A: Simon represented an FY2 doctor who was criminally prosecuted for allegedly sexually assaulting two elderly female complainants during consultations which took place in his final (although his first non-hospital-based) rotation. The jury acquitted the defendant within an hour of deliberating. Simon also represented the doctor throughout concurrent GMC proceedings which included appearances before the IOT. Simon was successful in persuading the GMC’s Case Examiners to conclude the case with no further action at Rule 7 stage.

Dr L: Simon represented a Consultant Gastroenterologist who faced an allegation of sexual assault which allegedly occurred during a colonoscopy procedure when the complainant was sedated, with the procedure having been observed by three attending nurses. Simon represented the doctor at his police interview and then successfully persuaded the GMC to withdraw its IOT referral on the basis of the overwhelming evidence that nothing untoward had occurred. The police and GMC investigations were concluded in the doctor’s favour shortly thereafter.

Dr H: Simon represented a Consultant Psychiatrist in a police investigation concerning the death of a patient who had been diagnosed with EUPD and who took her own life hours after her release from a mental health unit having indicated her alleged intention to do so at the time of discharge.

Dr DP: Simon represented an SpR Intensivist during a police investigation relating to an offence of gross negligence manslaughter following an incident of medical misadventure which caused a fatal cardiac arrest. Simon acted in the subsequent inquest proceedings in which his client was criticised by the Coroner and in the consequent GMC investigation which concluded with the doctor’s acceptance of a warning.

Dr B: Simon represented a GP in proceedings before the MPT concerning an alleged sexual assault of a female patient which was said to have occurred during a routine chest examination. The complainant’s account was sufficiently discredited that the MPT acceded to a submission of “no case to answer” during Stage One.

Dr O: Simon represented the brother of a (then) highly prominent member of the government in proceedings before the MPT which concluded with his suspension.

Mr P: Simon represented a pharmacist who was investigated by the police in relation to an offence of gross negligence manslaughter following a prescription error. The pharmacist was not prosecuted.

Dr A: Simon represented a dual-qualified rheumatologist and osteopath who was investigated by the police, his employing Trusts, the GMC and the GOsC in relation to a complaint of sexual assault which, Simon argued, was explained by the complainant’s unfamiliarity with Simon’s client and his enhanced qualifications and experience and by a breakdown in communication during the relevant consultation. Simon’s client was not prosecuted by the police. He accepted a warning from the GMC and a low level sanction at the GOsC.

Dr S: Simon represented a consultant histopathologist who faced proceedings before the MPT following criticism from a Coroner of a post-mortem examination which required further investigation involving the exhumation of the deceased. Many of the allegations against Simon’s client were successfully refuted at Stage One. Those which were admitted or proven were found not to impair the doctor’s fitness to practise.

Dr DB v GMC (2016) EWHC 2331 (QB): Simon acted for Dr DB in the High Court and in the subsequent Court of Appeal proceedings in challenging a decision of the GMC to release an expert report commissioned during a fitness to practise investigation to a complainant who intended to use that report to further a clinical negligence claim.

Since his transfer to the Bar and in view of his extensive clinical knowledge of medicine and dentistry, Simon has begun to develop a clinical negligence practice to complement his inquest and healthcare regulatory practice.

Likewise and so as to complement his Article 2 inquest practice, Simon has begun to develop a Human Rights Act claims practice with a focus upon the custodial and healthcare aspects of rights conferred by Articles 2, 3 and 8 ECHR.

Simon’s developing experience in these areas means that he is able to strategise his inquest work to mitigate the prospect of a subsequent claim and to rely upon his experience of having acted in the inquest when called upon to defend a claim against those he has represented.