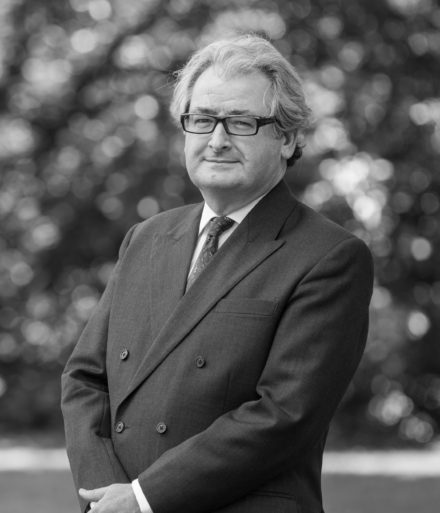 2018
Door Tenant at Park Square Barristers
1989
Tenant at Drystone Chambers
1985
Returned to 4 Brick Court and was then offered a tenancy at 4 BC and East Anglian Chambers.
1983 - 1984
Pupillage at 4 Brick Court and 4 Paper Buildings

Stephen Spence has considerable experience both prosecuting and defending in all aspects of serious crime, particularly sexual offences, fraud, Internet crime, murder and cases involving historic child abuse. He has acted as leading counsel in a number of high profile cases including recently prosecuting would be serial killer Alex Palmer. Stephen is a grade 4 and RASSO list prosecutor and vulnerable witness training trainer/facilitator.

Chambers and Partners state: “He is absolutely brilliant – very honest and very professional.” – 2018

“He balances the gravitas of a very experienced member of the Bar with a friendly accessibility, and an ability to make my clients feel very comfortable with him. His ability to talk to the jury rather than at them is also very good indeed.” – 2017

Legal 500: “…is known for his aviation practice and is very highly rated for his criminal practice”

Stephen is a former Board member of the British Bobsleigh Association, and the Special Advisory Committee of the FIBT (Federation International de Bobsleigh et de Tobogganing). He has advised a number of sports governing bodies on disciplinary procedures and drug testing, appearing in numerous disciplinary tribunals involving a variety of sports Stephen has sat as Chairman in both sports disciplinary proceedings and Olympic selection appeals. Stephen is on the Sports Disputes Resolutions panel of approved lawyers to provide pro bono advice to athletes who are accused of anti-doping or other disciplinary offences.

Stephen is recognised for his specialist aviation practice. An RAF trained pilot with flying experience ranging from gliders to fast jets and rotary he has an enviable reputation for defending aviation related prosecutions. These have ranged from regulatory issues to allegations of gross negligence manslaughter. His clients have included aircraft engineers, pilots (private and commercial), aviation businesses and international airlines. He acted as leading counsel for Internet giant Amazon in their recent prosecution for shipping dangerous goods by air. He is currently instructed in the Shoreham Air Show crash prosecution.

Stephen is instructed in Inquests and in High Court civil claims arising out of aircraft accidents. He is able to advise on aircraft leasing and operating agreements. He has written for a number of aviation publications on legal topics and was a guest speaker, at a Royal Aeronautical Society legal conference, on the admissibility of AAIB reports in legal proceedings.