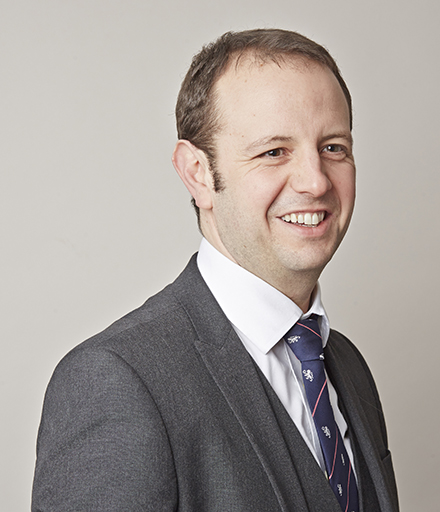 In the criminal courts, Tom specialises in motor crime and regulatory work.

In relation to road traffic offences, he frequently defends in fatal and near-fatal cases, but has a detailed and wide knowledge of all aspects of road traffic legislation and is happy to accept instructions in all such cases.

He enjoys a reputation as a skilled trial advocate but equally recognises the importance of providing a powerful mitigation in those cases where a defendant’s principal concern is the loss of their licence.

R v Bingley (2020) – Not guilty verdict in allegation of causing death by careless driving before Nottingham Crown Court, in circumstances where the Defendant had seen the motorcycle that he collided with, but might have misjudged its speed.

R v Morris (2020) – Not guilty verdict in relation to an allegation of causing serious injury by dangerous driving before Carlisle Crown Court.

R v Teasdale (2019) – Not guilty verdict in causing death by careless driving trial before Lincoln Crown Court.  Dispute between experts as to the position of vehicles on the road at the time of impact.

R v Page (2018) – allegation of causing serious injury by dangerous driving at Woolwich Crown Court.  Defence of automatism. Not Guilty verdict in a case where the reserve was in excess £7 million.

R v Andrews (2017) – allegation of manslaughter in circumstances where the defendant had driven deliberately into a collision with an oncoming vehicle at Derby Crown Court.

R v Marlow (2016) – Death by careless driving at Liverpool Crown Court.  Collision with pedestrian as she crossed the road behind a bus.  Not Guilty verdict.

R v Thompson (2016) – Lincoln Crown Court.  Non-custodial disposal for young man who drove into a collision with a vehicle in the opposing carriageway.

“Extremely thorough, professional and dedicated”” Leaves no stone unturned” “experienced in acting for companies and individuals in inquests which involve the HSE as an interested party, as well as in representing local authorities and care providers in inquests over care home deaths” – The Legal 500 (2021)

Tom is the Head of the Health and Safety team at Park Square Barristers.  He is a B-List Specialist Regulatory Advocate and frequently defends cases prosecuted by the HSE and local authorities.

He has particular expertise within the construction and farming industries, but has advised and represented companies as corporate entities, directors and individuals from a wide range of industries, at all stages of criminal proceedings.  Such cases almost always involve either very serious injury or death.

Where there is a death, his instructions will usually be prior to any inquest and he has developed a significant practice in this field as a result.

His cases frequently involve complex issues requiring expert evidence.  He excels at applying regulations in all manner of specialized activities in order to get the best possible outcome for a client.

Tom has a significant practice representing interested persons before the Coroner’s Court.  Although this is most often in relation to cases where there is either HSE or local authority interest, he increasingly welcomes instructions in other cases, where there might be CQC interest or a public law angle.

He recognises the sensitivity of such inquiries, which often require the need to balance public perception with the protection of the client.  He is frequently required to produce skeleton arguments in relation to the application of Article 2 and the necessity for a jury and is known for his ability to handle particularly sensitive and emotionally charged cases.

Johnston – Article 2, jury. Mental health patient who died having swallowed a knife.  Represented the InMind Group who ran the secure rehabilitation unit in which she resided.

Donaldson – death of an employee whose tractor freewheeled into a quarry whilst he was operating a mulcher attached to it.  Acted for employer Company.

Tozer – Article 2, no jury. Death of a young man with severe autism and epilepsy who was under the care of Mencap.  Represented CYC.

Brown – Article 2, jury. Death of an employee when a stack of pallets fell on him from a forklift truck.  Represented Howdens Joinery Ltd.

Perks – Jury inquest.  Death of a security guard at Immingham Docks as a result of a collision with a delivery truck.

Ratcliffe – Article 2, jury. Employee of construction company died when a freestanding wall fell on him.  Represented the employer company