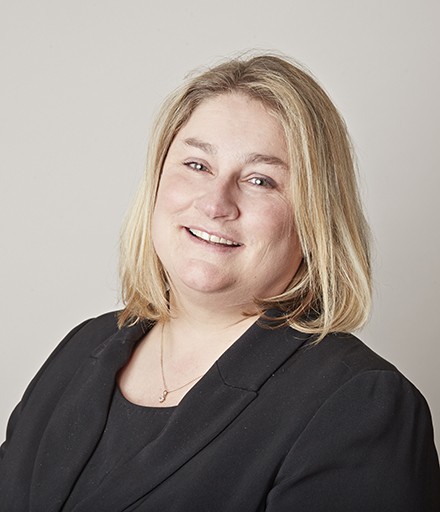 Victoria (Vicki) James was a solicitor in private practice for 19 years, specialising in family law (principally public-law care proceedings and adoption), prior to being called to the Bar. She held higher rights of advocacy and was a member of the Children Panel for many years.

Vicki practises exclusively in the area of child law. Her practice includes both public- and private-law proceedings and placement and adoption applications. She is regularly instructed by local authorities, parents and children, and has been instructed by the official solicitor to represent parents who lack capacity.

Vicki regularly acts in complex cases, including those involving child death; significant non-accidental injuries where there has been complex medical evidence; cases with difficult issues of international jurisdiction; and sexual abuse, including multi-generational abuse.

“Approachable and sympathetic, whilst also providing firm and clear advice.”

Re S (a child: care order finding of fact) EWCA Civ 1363 (2010) – The 3 eldest children of a heroin-addict mother were in care when she gave birth to her youngest child in prison. The baby was initially allowed to remain with the mother, but was then removed under a police protection order in response to reports of the mother’s unsatisfactory behaviour. In considering applications for an interim care order (ICO), the court should focus on ECHR; here, where there were concerns about the safety of a baby, there were wholly exceptional circumstances justifying the removal of the child before the court could consider an ICO. The courts should be slow to condemn a local authority acting in good faith to protect a child. (Led by Sarah Singleton QC.)

Victoria may accept Public Access work, where she can be instructed directly by a member of the public rather than a solicitor.

More and more cases involve children from other European countries, and practitioners will increasingly be involved in applications for care orders where parents or child originate from another member state. Victoria James explores the questions to be considered and practical points to be managed.