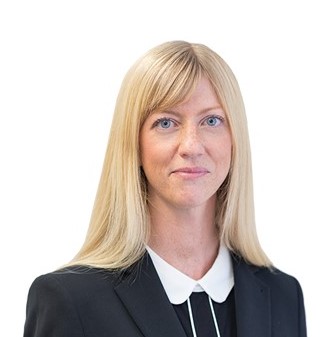 Zarah Dickinson is a criminal specialist with a practice covering a wide spectrum of offences. She prosecutes and defends serious and complex cases, frequently involving allegations of sexual abuse. She is a Specialist Rape Prosecutor (CPS) and Grade 3 Prosecutor (CPS) and regularly provides pre-charge advices for the Rape and Serious Sexual Offences Unit (CPS).

She has appellate experience and provides second-opinion advice in appeals against conviction and sentence.

“Thank you very much for all you have done in relation to the case of Fardaush. I was extremely impressed with your handling of the appeal.” —William Martyn, Crown Prosecution Service

Zarah has developed a specialism in driving matters, ranging from driving with excess alcohol to death by dangerous driving cases, and so has experience in advising on expert evidence and inquiries.

Known for her excellent client care, exact advice and robust advocacy, Zarah also works well as part of a team of counsel and has been lead in both prosecution and defence cases.

Zarah was Crown Counsel with the Attorney General’s Chambers in the Cayman Islands in 2008.

In 2006, she was a Pegasus Scholar in Washington DC. She worked with Steptoe and Johnson in a 7-week bribery and fraud trial (USA v Jemal). She also gained experience at the District Attorney’s Office and assisted the prosecution in a murder trial at the circuit court.

“I have to say that I thought she was very good indeed. She had read everything carefully beforehand and was very pleasant to deal with and totally on the ball. Perhaps most importantly, she did an excellent plea in mitigation which encapsulated all the relevant points very succinctly. She had a very good approach with the bench and I was extremely grateful that she was there! I would thoroughly recommend her – indeed, I told her directly what an excellent job I thought she had done.” — Lay client