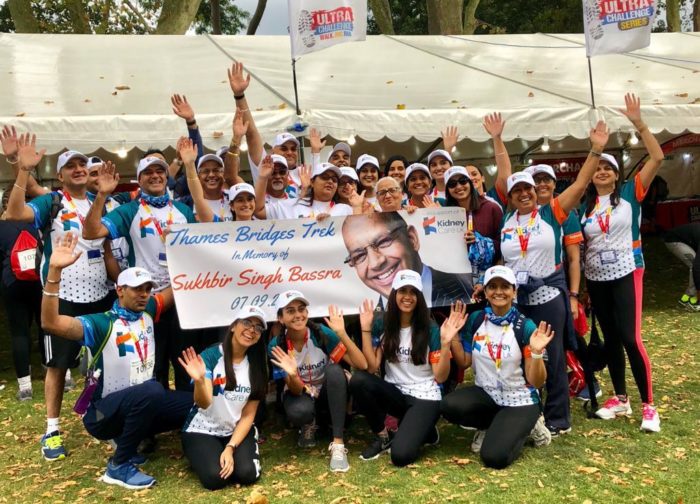 Over £9,000 raised for Kidney Care UK in memory of Sukbhir Bassra.

Around 30 Friends and Family of the late Sukbhir Bassra took part in the 25km Thames Bridges trek to raise money for Kidney Car UK on 7 September.

Sukbhir Bassra (known to everyone as Baz) died in November last year.

Baz’s daughter Sharen and his son Amarveer had hoped to raise £4000 but the response has been incredible and the total of donations is now over £9000.

To donate to this great cause and to remember this great man – please click here.