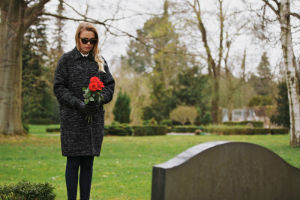 Article 2 inquests – are they becoming more common for grieving families?

It seems that every time I watch the news or read a newspaper there is some report following an Article 2 style inquest. If Article 2 style inquests are becoming more common, is the ambit of the inquisition broadening generally? Laura Addy questions whether this prospect is why the government attempted to limit access to legal aid for families involved in inquests and may be influencing the decision to repeal the Human Rights Act 1998. As a member of Park Square Barrister’s Regulatory and Public Law Team, Laura is often instructed to attend and represent families at inquests. She considers the importance of coroner’s inquest and the role of the family of the deceased.

Remit of the Coroner’s Inquest

It is long established law that the remit of the Coroner’s inquest is normally a very limited exercise to determine the factual answers to who, when, where and how a person died so that the details can be entered on the death certificate. The enquiry should not determine issues of fault whether of a criminal or civil nature, but at times some of the evidence given will touch upon such issues.

As all practitioners know, the Human Rights Act 1998 essentially incorporated Article 2 of the ECHR, the right to life, into British law. As a consequence the scope of inquests in certain cases was extended to require the Court not only to determine how, meaning by what means did that person meet their death, but by what means and in what circumstances did they die.

Case law has established that there is a general duty on the part of the state to protect life. Accordingly Article 2 inquests often arise where the state may have played a part in the death of a person in that it may have taken a life or it has failed to protect a person’s life where it knew or ought to have known of a real and immediate risk to the life of that person. Consequently Article 2 inquests often have significant consequences for the government in terms of findings that influence civil claims, bad publicity, an undermining of public faith in the systems in place, funding the court costs and funding the legal expenses as there is guidance that families should generally be granted legal aid in Article 2 inquests.

The family: a greater role in Article 2 inquests?

Understandably, inquests are focused around the bereaved family and the inquest acts as a forum for the family to ask the questions they have about the circumstances of their relatives’ death.

As a result in recent years it seems that some Coroners have afforded a greater freedom to the family in the questions they ask and in their influence upon the manner in which the inquest is conducted. It was perhaps inevitable that the scope of the inquisition would broaden in an increasingly fault orientated society, a society which no longer accepts humans make mistakes or that situations simply occur.

Although, it must be said, this relaxation depends upon the individual Coroner, the family and the manner of the death, but in recent years there seems to have been greater scope for a wider enquiry to be undertaken. Has this perhaps emanated from the influence of Article 2 in that the Coroner’s Court has had a taste of its wider responsibilities?

An increase in Article 2 inquests?

Coroners may be simply taking their duty to fully, fairly and fearlessly investigate the relevant facts more faithfully as that is what they are required to do whether the inquest is an Article 2 inquest or not. Albeit when the inquest statistics are considered it is notable that there are no figures to say how many inquests are Article 2 investigations. Yet what the statistics do reveal, despite the proportion of deaths reported to the Coroner remaining static for many years and there being a 14% drop in the number of inquests opened in 2014, in recent years there has been a steady increase in unclassified conclusions. Unclassified conclusions include narrative verdicts which often follow a broader enquiry such as seen in Article 2 inquests.

It may be just coincidence that at the present time a number of high profile Article 2 cases have occurred in the same period. Yet questions have to be asked when the state, who is most often affected by these wider enquiries, attempts to limit the availability of legal aid for families involved in Article 2 inquests. Furthermore, the Human Rights Act has had many effects within society, but perhaps one of the most notable changes was in relation to Inquests. Could the state wish to control the number of Article 2 type enquiries that arise? May this be a consideration when the state wish to repeal the Human Rights Act? If the Human Rights Act was repealed would Article 2 inquests disappear or perhaps be redeveloped in a form that was more acceptable to the state? Perhaps only time will tell.