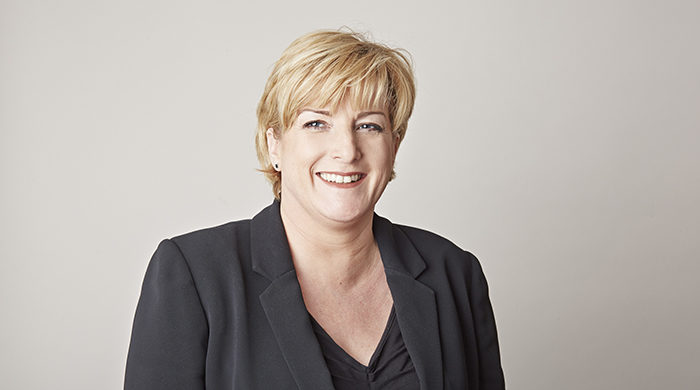 Does AYBS cue the introduction of a fast track approach for the Coroner?

Lorraine Harris looks at the recent case of Adath Yisroel Burial Society (AYBS) and its impact on how the Coroner should approach requests for the expedition of cases.

Helpful analysis at the close of this piece for quick reference.

Our country has a reputation for queuing but the recent judgment in AYBS has cued up the opportunity for a different approach to some cases referred to the Coroner.  This article addresses the concerns of those who feel that our love of queuing is coming apart at the seams.

In the past a proportion of Coroners have tended to deal with cases on a “first come” basis.  In most circumstances, Coroners did not prioritise one case over another, instead dealing with matters in the order in which they were referred.  There are exceptions such as cases of suspected homicide or deaths in which organ donation is being considered where a more immediate decision will be required by the Coroner.

In general circumstances, of course there are exceptions here too, most relatives would wish for any involvement with the Coroner to be concluded as soon as is possible.  Coroners will try to deal with matters in as timely manner as they can, as per the following:

“Timing of the Inquest: – A coroner must complete an inquest within six months of the date on which the Coroner is made aware of the death, or as soon as is reasonably practicable”[1]

Additionally, Coroners are obliged to inform the Chief Coroner the reasons for any delay in the hearing of an inquest over 6 months from notification of a body lying in their area.  It can be seen that there is every effort to progress matters in the shortest time frame as is possible, but even so this has always still be subject to the chronological referral queuing system.

On a day to day basis Coroners review all referrals, usually with reference to the Coroner’s Officers report, and decide how to progress the matter – some will be no further investigation, others will need further enquiries, some include a post mortem examination or scan and eventually decide whether an inquest will be heard.  During the time these investigations are ongoing the body of the deceased is under the legal authority of the Coroner (I stress the deceased is not the “property” of the Coroner).  As such the investigation process can, without wishing to, affect a family’s grieving and funeral ritual arrangements. Coroners (Investigation) Regulations 2013 give guidance for this:

The Coroner tends to be able to release the body either after deciding a post mortem is not necessary or if a post mortem has been conducted when the pathologist is able to confirm the no longer require the body.  Of course, a Coroner will always seek to release the body as soon as they are able but all the time those investigations are taking place they may, in some circumstances, have to delay the release.  All these decisions are judicial decisions and can only be challenged by judicial review.

Facts of the case and the challenge:

The case of AYBS was bought to challenge a policy implemented which reflected the “first come” basis.  The Court addressed the issue of whether there would be any reason to deal expeditiously with one matter over another in the coronial process, highly relevant in the investigative stage of the coronial process.

The Claimants, a charitable organisation responsible for managing and facilitating the burials of a large proportion of the orthodox Jewish population in Inner North London and a 79 year old Jewish lady challenged the lawfulness of a policy adopted by the Senior Coroner for Inner North London on 30th October 2017 which read:

“No death will be prioritised in any way over any other because of the religion of the deceased or family, either by the coroner’s officers or coroners.”

This policy was contained in a letter of 30th October 2017 from the Coroner to solicitors for AYBS which also said that she had “devised a protocol for the future to ensure that the bereaved whose loved ones fall within the remit of HM Coroner for Inner North London are treated fairly, and the best use is made overall of the inadequate resources that have been placed at my disposal.”  The Coroner went on to explain in her grounds that there had been a negative impact on prioritising one sector of the community above others and that queue jumping places those who are pushed back further in the queue at a material disadvantage.  Additionally, the previous guidance to issued by the then Chief Coroner His Honour Judge Peter Thornton QC stated “the law does not allow the coroner to give priority to any one person over another, nevertheless coroners are always sensitive to the needs of certain faith groups.”

The Claimant believed the Coroner should operate a system of triaging deaths, the Coroner rejected this due to lack of resources, stating triaging would cause delay for all as Coroner’s Officers would be diverted from progressing cases.

The rigidness of the policy was looked at, the Coroner admitted it was more flexible than it seemed and that organ donation and homicide were prioritised.

The Chief Coroner had initially approved the Coroner’s letter but later, after further consideration and clarification adopted a different standpoint.

The Claimants were keen to point out that they did not wish to usurp the law of the land but “where delays can be avoided it, it is incumbent on Jews to take what steps they reasonably can to try to ensure they comply with Jewish law and belief to bury a person promptly after death.”  The Court had evidence before it that the policy impacted on Muslim communities too.

The following were the grounds of challenge to the Coroner’s policy:

The court found that the Coroner’s submissions of flexibility in the policy should always be expressed as such, a policy is a policy unless otherwise stated.

The Court heard that the average time between death and burial/cremation was 15 days and had evidence that many families were content for such delays in order to facilitate funeral arrangements.  Of course, many families also often have abide by the timetabling of stretched local authority resources.

The Court found the following:

It was an accepted principle of public law that policy should not be so rigid as to amount to fetter on the discretion of decision makers.  Legislative source and Royal prerogative sources, although distinguished from Coroners powers, were examined.  Although there is some basis in common law the functions exercised by a Coroner derives from legislation, akin to derived from statute and the principle against fettering of discretion applies.  The policy introduced by the defendant coroner breaches that principle

The defendant coroner had accepted that some cases would be prioritised, despite her policy.  The Court found, therefore, the policy was incapable of rational justification.

Article 9 of the Convention, set out in Schedule 1 Human Rights Act provides:

The Court highlighted that Article 9 protects those with or without a faith.  It acknowledged the first 2 rights are absolute but the 3rd, freedom to manifest one’s religion or beliefs is not and can in principle be subject to limitations.  Such limitations only follow if the established 4 questions are answered (ie necessity and proportionality):

There was no dispute that the policy interfered with Article 9 as both Jewish and Muslim faiths believed that burial of the deceased should take place as soon as is possible, usually on the same day of death.  The Claimants took no issue that this was not “prescribed by law”.  The Court highlighted that the Court system itself may well prioritise, for example in cases where there are child witnesses, and that reasonable people in society would not regard this as queue jumping.  It found that Article 9 did not require favouritism, but there should be a fair balance struck between the rights and interests of difference people in society.  Positive discrimination was distanced, rather the Court stated:

“What on its face looks like a general policy which applies to everyone equally may infact have an unequal impact on a minority.  In other words, to treat everyone in the same way is not necessarily to threat them equally.  Uniformity is not the same thing as equality.”

The Court went on to say that the May 2014 Chief Coroner’s guidance was incorrect and the Coroner’s understanding that the law would not allow her to give priority to one person over another was misguided.

Article 14 of the Convention rights, the equality principle, provides:

“The enjoyment of the rights and freedoms set forth in this Convention shall be secured without discrimination on any ground such as sex, race, colour, language, religion, political or other opinion, national or social origin, association with national minority, property, birth or other status.”

5. Indirect discrimination under the Equality Act;

The Equality Act 2010 Section 19, 29 and 31 were quoted which set out the key concepts of discrimination and that fact that a person or service provider cannot discriminate against a person requiring a service.

Initially jurisdiction to decide the matter was accepted.  The Court found that the Claimants were at a particular disadvantage when compared with other persons.

The Public Sector Equality Duty is encompassed in Section 149 of the Equality Act 2010.  The Court felt the fact that they had found the Defendant Coroner’s policy discriminated unlawfully against those with certain religious beliefs did not lead to the conclusion that the Coroner had breached the PSED and this ground of the challenge failed.

The Court were alive to the fact that the Chief Coroner would issue guidance on this matter and in May 2018 Guidance Number 28 – Report of Death to the Coroner:  Decision Making and Expedited Decisions was available to all Coroners.

At paragraph 160 of the judgment the Court helpfully “pulled together the legal threads of their judgment” in the following way:

At first blush this decision may lead you to think that it only assists certain faith groups to effectively carry out funeral rituals however interpretation shows that decision making could be expedited in a variety of circumstances.  Now Coroner’s will be alert to situations whereby it could be seen to be justified in treating it as especially urgent.  For example, where next of kin are attending from abroad and only have a short window of opportunity to attend to their relatives affairs or the death of a child whose parents would like them removed to a children’s hospice chapel of rest or another suitable location as soon as is practicable.  That said, religious grounds are likely to be the most common reason for requests for Coroners to consider whether the matter could be dealt with more expeditiously.

This is not about prioritising one faith group over another.  This is not about queue jumping.  The judgment itself said it wished to “pull together the legal threads of the judgment”.  What it has done is show that there are many different patches to our society with common bonds of humanity and understanding.  Those legal threads have sewn together law, values and society to make a blanket that can comfort the bereaved at their greatest time of need.

[1] The matter of whether it is reasonably practicable to delay the inquest is a matter for the Coroner.