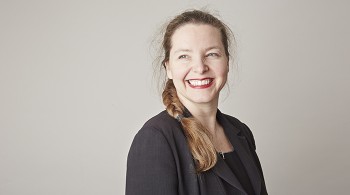 How should a local authority approach a case where a baby is relinquished for adoption at birth by parents whose home country is not (or not necessarily) the United Kingdom and his or her parents do not seek to contest an adoption in the UK? This was a very interesting case in which William Tyler QC of Park Square Barristers represented the Local Authority.

The case concerned an 8 month old baby, ‘RA’, whose parents are both Latvian citizens but had lived in the UK since 2009.  The parents never married and they separated whilst the mother was pregnant.  RA has two full siblings who live with the mother and have contact with the father.  The parents took the view that they would not be able, either financially or otherwise, to look after another child and as such, after RA’s premature birth, they took him to hospital and did not return.  They agreed for him to be placed with ‘Early Permanence Foster parents’ – Mr and Mrs D, and the child remained with them thereafter.

RA has Latvian nationality, but may also have British nationality (although that had not been determined at the time of the application before The Honourable Mr Justice Cobb on the 6th May 2016).

Both parents gave their consent to RA’s adoption in England with adopters to be chosen by the local authority.

On the 4th December 2015, the adoption panel recommended permanence through adoption and endorsed the placement of RA with Mr and Mrs D.  The ADM did not initially approve the decision, wishing the Latvian authorities to be contacted first:  This process began on the 15th December 2015.  On the 14th January 2016, the ADM confirmed the placement for adoption with Mr and Mrs D and the adoption application was issued a few days later (the 27th January 2016).

The local authority, the birth parents and the adoptive applicants all sought an order that RA was adopted by Mr and Mrs D, and indeed, the parents (particularly the mother) made it clear that she did not support any suggestion that RA should be placed with her mother (not because of the standard of care that would be provided but because she felt that RA would have a better upbringing in the UK), and set out that if the adoption application were to fail then she would wish to be considered as a carer for RA above her mother.

Opposition to adoption – prospective carer outside the jurisdiction

The local authority prepared their Annex A report on the basis that there was no-one within the extended family either in the UK or in Latvia who could provide care to RA in the short or long-term and they asserted that placement with the maternal Grandmother was not a ‘realistic option’.  The local authority raised significant concerns that RA could become a ‘limping infant’ – a child who is the subject of a lawful and consensual adoption order in the UK which is not recognised in Latvia; a concept that has survived the Supreme Court’s decision in Re N (Children)(Jurisdiction: Care Proceedings) [2016] UKSC 15

‘Realistic Option’ in another jurisdiction?

The Latvian authorities made it clear that they were not prepared to sanction adoption without a full exploration of family members in Latvia.  On the 5th April 2016, the Latvian Central authority informed the local authority that the maternal Grandmother had been contacted and was ‘against’ adoption and wanted to be considered as a carer.  The Latvian authority set out very clearly in a submission document before the court the attitude that they felt the English courts have towards adoption cases, namely:  “…the responsible entities of the United Kingdom have demonstrated a different perception when evaluating the best interests of a child that could possibly threaten the basic rights of Latvian citizens”.  It was argued by the Latvian authority that adoption in England would deny RA the right to grow up in his inherited culture and would mean that his identity was not properly recognised.

The Children’s Guardian supported a fuller assessment of the Grandmother being provided, despite the inevitable further delay to the proceedings.

Mr Justice Cobb reiterated that even in a relinquished baby case, adoption should only be ordered by the court if it can be seen as being necessary and proportionate, and whilst ‘profound investigations’ may not be required, it was still necessary for the court to undertake a thorough analysis of the realistic options for a child.  It was noted that in some cases, this could take place without informing the natural family, but in other cases, the family would have to be informed (even in the face of disagreement by the parents).  In considering Article 6 and Article 8 of the European Convention on Human Rights, the court set out as follows:  “While the degree of interference with family life rights is likely to be less in a relinquished baby case than where the parent-child relationship is severed against the parents’ wishes, the rights of the individuals involved are plainly factors which must weight heavy in the balance when the Local Authority or the Court is considering how to proceed”.

The court finally considered whether or not there were any steps that could have been taken by the Local Authority to anticipate or avoid delay in resolving proceedings of this kind where a relative has emerged expressing a wish to car for the child very late in the day?  MR Justice Cobb set out the following:  “Recent developments in this case underline the importance of a Local Authority (i) considering carefully the issues of possible family placement at the earliest opportunity, (ii) assessing critically from the outset what the mother and father say about their families, not merely just accepting at face value their dismissal of family placement her or abroad (See C v XYZ County Council), and (iii) being proactive in addressing potential complications”.  The court further set out that the Local Authority must consider at the earliest opportunity, whether or not it is obliged to notify consular officials of the relevant foreign state pursuant to Article 36 and/or Article 37 of the 1963 Vienna Convention, and further consider its own opportunity to ask for help from the Central Authority of the other state in question in respect of the advance planning for the child.

The court finally concluded that if there was any doubt at all from the perspective of a local authority about either the need to investigate and/or assess family members, and/or its obligations under the 1963 Vienna Convention to notify the relevant consulate, and/or the appropriateness of engaging the Central Authority of the foreign state to request co-operation (perhaps for the purposes of assessing a potential kinship carer), it should consider making a pre-emptive application to the court under Part 19 FPR 2010 (‘Alternative Procedure for Applications’) in order to avoid delay.

Sally is an experienced family lawyer dealing with all aspects of complex and challenging care cases.  She has been in practice since 1999.