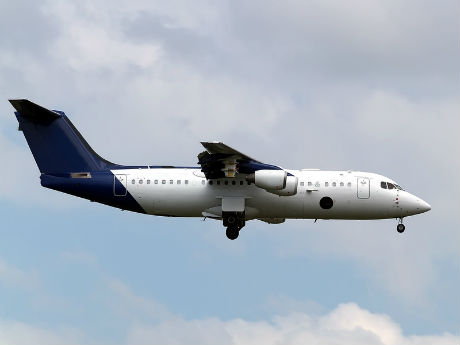 Each summer there seems to be growing numbers of events worldwide which disrupt air travel. Whether caused by technical faults, bird strikes, security threats or bad weather, travellers will no doubt experience frustration and disappointment when flights are delayed or cancelled.

Air carriers have liability under the Montreal Convention (which became part of UK law in June 2004)[1] and/or the Denied Boarding Regulation 261/2004 following death or injury of passengers, delay of passengers or baggage and damage of baggage.

Compensation under the Denied Boarding Regulation 261/2004

The amount of compensation recoverable (in addition to expenses and/or ticket refunds) depends upon the distance of the flight and the length of the delay (Article 7):

There are certain limitations on when passengers can recover compensation, however.

Article 5(3) of this Regulation states that “an operating air carrier shall not be obliged to pay compensation in accordance with Article 7, if it can prove that the cancellation is caused by extraordinary circumstances which could not have been avoided even if all reasonable measures have been taken”.

There is therefore two things which the airline (upon whom the burden of proof lies) must prove: (1) what occurred was caused by “extraordinary circumstances” and (2) they took “all reasonable steps” to prevent the cancellation.

Whilst each case must be considered on its own facts, it is generally it is thought that the following amount to extraordinary circumstances:

Paragraphs 14 and 15 of the Recitals to the Regulation are likely to be relevant in determining “extraordinary circumstances”. Further detailed guidance and examples can be found in a document produced by the Civil Aviation Authority here: Updated CAA List Final extra ordinary circumstances

Guidance on “extraordinary circumstances” was initially given in Wallentin-Hermann v Alitalia (C-549/07). Further guidance has helpfully been provided by the 9tth Chamber in the case of Corina Van der Lans v Koninklijke Luchtvaart Maatschappij NV Case C-257/14 which was handed down on 17th September 2015.

In that case the aircraft’s engines did not start due to a combination of defects caused by two components which were defective. The particular components were not available in Guayaquil and had to be flown in from Amsterdam. The flight incurred a delay of some 29 hours. KLM opposed the claim on the basis that the circumstances were extra ordinary and they had taken all reasonable measures in an attempt to avoid the delay. They argued that the defective components had not exceeded their average lifetime.

When asked whether a technical problem, occurring unexpectedly, which is not attributable to defective maintenance and which was not detected during regular tests, fall within the definition of “extraordinary circumstances”, the court decided it did not:

In the present case, the court held that the premature malfunction of components was an unexpected event. “However such a breakdown remains intrinsically liked to the very complex operating system of an aircraft…Therefor it must be held that, in the course of the activities of an air carrier, that unexpected event is inherent in the normal exercise of an air carrier’s activity, as air carriers are confronted as a matter of course which unexpected technical problems”.

Furthermore, the court held that the prevention of such breakdowns is not beyond the control of the carrier, since they are required to ensure the maintenance and proper functioning of the aircraft.

At paragraph 45 the court said that even had an air carrier taken the view that it may rely upon the fault of the manufacturer, the main objective of Regulation No. 261/2004 “which aims to ensure a high level of protection for passengers, and the strict interpretation to be given to Article 5(3) of that regulation, preclude the air carrier from justifying any refusal to compensate passengers who have experienced serious trouble and inconvenience from relying, on that basis, on the existence of an “extraordinary circumstance”.

How long do Claimants have to bring their claims under Regulation 261/2004?

Claims pursuant to Regulation 261/2004 are, as a matter of domestic law, subject to a 6 year limitation period pursuant to section 9 of the Limitation Act 1980 following the Court of Appeal decision in Dawson v Thomson Airways Ltd [2014] EWCA Civ 845

Attempts have been made by the airlines to shorten this limitation period with a contractual clause that attempts to limit claims for damages to two years post-flight. This argument has been dismissed by HHJ Platts on 6th August 2015 in the case of Goel and Trivedi v Ryanair

Moving forward, it is likely that air carriers may further attempt to limit their liability to a period of less than 6 years by phrasing any similar terms to expressly refer to Regulation 261/2004 and therefore careful attention should be paid to the terms and conditions of the flight.

Kate Wilson practices in all areas of travel law. To book her please contact her clerks Fran or Talia on 01132 459763.

[1] Article 19 compensates for unreasonable delay. All claims have to be brought within 2 years.