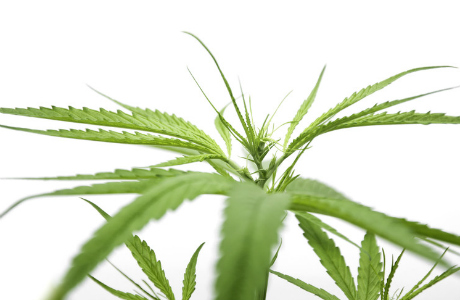 A classic example would be the defendant of previous good character who faces confiscation proceedings arising out of his plea of guilty to cultivating cannabis. This plea was on a basis which was accepted: that the plants found in his home were his first attempt at growing the drug. The plants were immature, so he hadn’t sold any cannabis by the time the plants were discovered by the police.

The prosecution often places a figure on the estimated yield from the plants. This may be increased further through indexation: by multiplying the number of plants found by an ‘estimated yield’ based on the average yield from a mature plant. The benefit figure will then be calculated based upon individual street deals. This invariably results in a number which is both enormous and speculative.

It is often advisable to obtain expert evidence in the substantive proceedings in order to establish whether the plants were likely to reach maturity (given their condition and the growing conditions in place). One should also calculate what a bulk price would be for any potential yield, since it is highly unlikely – even if the cannabis was destined to be sold – that it would be sold in individual street deals.

A significant difficulty at the Proceeds of Crime Act (POCA) stage is caused by the ‘estimates’ and ‘potential’ figures suggested by the prosecution.

The section 16 statement will invariably state that the possible yield of the plants is included as the defendant’s benefit, as it is ‘property obtained’ by him/her in the course of his/her particular criminal conduct. It is submitted that a person can, in no sense, have ‘obtained’ property which does not exist. Immature cannabis plants are not a saleable drug: if the defendant is arrested before the plants are mature, he is has not yet obtained (and may never obtain) cannabis.

Although there appears to be no authority on the point in the confiscation sphere, R v Craig George Wright [2011] EWCA Crim 1180 appears to assist. This was a case in which the appellant was convicted of possession with intent to supply cannabis, based upon 35 plants which he accepted growing. It was held that the appellant could not be guilty to possessing with intent to supply something which he did not, at the relevant time, possess:

19. Our conclusions on those rival submissions are as follows. There is no doubt that the appellant was in possession of cannabis as defined in the statute. That aspect of Mr Skyner’s submissions is plainly correct. But we agree with the submission for the appellant that to come within section 5(3) of the 1971 Act the intention to supply must be an intention to supply the thing of which the defendant is in possession. There was no suggestion in this case that the appellant intended to supply the immature plants of which he was in possession at the material time. As the full court said in granting leave, the useable part of each plant would have been the flowering heads, but since these plants were in their infancy there were as yet no flowering heads. The case against the appellant was that he intended to grow the plants to maturity and then to harvest a crop from them and then to supply the harvested crop, or some of it, to others. Thus the intended supply was a supply of the harvested product of the process of cultivation, not a supply of the plants as they existed and were in his possession at the time to which the charge related.

20. It follows, in our judgment, that it could not be said on the facts of this case that the appellant was in possession of cannabis with intent to supply within the meaning of section 5(3).

It is submitted that this is precisely the point raised in confiscation proceedings. It is suggested that a defendant has obtained a specific quantity of a drug, which is given a specific value. In fact, he had obtained no such thing. As the experts make clear on the face of their reports, any opinion provided by them is based on potential and estimated values of something which did not, at the relevant time, exist. It may never have existed for any number of reasons; for example, had the plants failed, had the defendant been unable to care for them, or had they succumbed to disease.

To suggest that a defendant had obtained that which did not exist, and therefore ought to be stripped of assets to that sum, is exactly the type of disproportionality disparaged in the case of R v Waya [2012] 3 WLR 1188. It was not the intention of the legislation to deprive people of property which they have never possessed. That would be the exact consequence of the prosecution’s contention in such cases.

It is therefore vital to closely examine the exact state of growth of the plants at the time of arrest, and to challenge any assertion that a benefit figure should include a speculative value on something which has not yet been obtained by the defendant.

Katherine Robinson is a crime barrister at Park Square Barristers. She has particular experience of complex fraud, money laundering, and proceeds-of-crime proceedings, including all aspects of confiscation and enforcement. View Katherine Robinson’s profile.