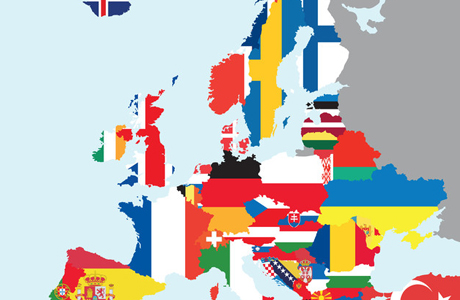 The number of cases involving children from other European countries has risen sharply in recent years. Increasingly, practitioners will be involved in applications for care orders where either the parents or the child originate from another member state.

Even if the court has jurisdiction, it must consider whether it exercises its powers under Article 15 to request the court of another member state to assume jurisdiction.
Article 15 (1) provides :-

1. By way of exception, the courts of a member state having jurisdiction as to the substance of the matter may, if they consider that a court of another member state , with which the child has a particular connection, would be better placed to hear the case, or a specific part thereof, and where this is in the best interests of the child:

(a) stay the case or the part thereof in question and invite the parties to introduce a request before the court of that other member state in accordance with paragraph 4; or

(b) request a court of another member state to assume jurisdiction in accordance with paragraph 5.

(1) Has the child, within the meaning of Article 15 (3), ‘a particular connection’ with the relevant other member state?

A ‘particular connection’ is expanded upon in Article 15(3):

This, in essence, is a simple question of fact.

(2) Is the court of that other member state ‘better placed to hear the case, or a specific part thereof’’?

This involves an evaluation of the positive and negative aspects of transferring a case under Article 15. Ryder LJ, in Nottingham City Council V LM [2014] EWCA Civ 152, stated:

19. The question of whether a court of another member state would be better placed to hear the case (or a specific part of the case) is an evaluation to be performed on all the circumstances of the case. It is intimately connected with the question of the best interests of the child, given the construction for the regulation and the logical connection between the questions. That said, the starting point for the enquiry into the second question is the principle of comity and co-operation between member states of the European Union enshrined in the European Union Treaty which the provisions of B2R were designed to reflect and implement (see, for example [2] [21] and [23] of the preamble to B2R). In particular , the judicial and social care arrangements in member states are to be treated by the courts in England and Wales as being equally competent: RE K (A Child) [2013] EWCA Civ 895 at [24] per Thorpe LJ.

20. It is entirely proper to enquire into questions of fact that might inform the court’s evaluation of whether a court is better placed to hear a case. Without wishing to prescribe an exhaustive list, these factors might include the availability of witnesses of fact, whether assessments can be conducted and if so by whom(ie not a comparative analysis of welfare perceptions and principles but, for example whether an assessor will have to travel to another jurisdiction to undertake an assessment and whether that is a lawful and/or professionally appropriate course) and whether one court’s knowledge of the case provides an advantage, for example by judicial continuity between fact finding and evaluation and so on.

(3) Is a transfer to the other court ‘in the best interests of the child’?

21 In relation to the same question asked in analogous circumstances , namely the language of Article 12 (3) , whether it is in the child’s best interests for a case to be determined in this country rather than elsewhere, the Supreme Court of the United Kingdom held in Re I (A Child) (Contact Application: Jurisdiction) 2010 1 AC 319 (peer Lady Hale at [36] held that:
“this question is quite different from the substantive question, which is ‘what outcome to these proceedings will be in the best interests of the child?’ It will not depend upon a profound investigation of the child’s situation and upbringing but upon the sort of considerations which come into play when deciding upon the appropriate forum”.

22. This court has previously determined that the construction of the best interests test in Article 15(1) is the same as that in Article 12(3) : Re K at [25] and [26] and accordingly the test to be applied to the third question is that described by Lady Hale In Re I.’’

In Bristol City Council V AA and HA [2014] EWHC 1022(Fam), it was held by Baker J that it was in the child’s best interests for the courts to make a request under Article 15(1) given that, inter alia, all the evidence would be Lithuanian and given in Lithuanian; a knowledge of the cultural context would be crucial to the ultimate decision.

1. Article 15 applies to both public-law and private-law proceedings; see LM (A Child) [2013] EWHC 646. In that case, an Irish court – by consent – made a request pursuant to Article 15(1)(b) of B2R that the High Court of England and Wales accept jurisdiction in relation to the proceedings concerning the placement of LM into public care.

2. The jurisdictional test set out in B2R is the same, regardless of whether the application for a request originates from:

3. The Article 15 power is an exception to the general rule of jurisdiction in Article 8, which is grounded in the habitual residence of the child.

4. Article 15 is a power, not a steer. Article 15 contemplates the transfer of a specific part of proceedings where it is appropriate.

5. The power under Article 15 can only be exercised when all 3 questions above can be answered in the affirmative.

6. A transfer can only be made on the court’s own motion or at the request of a court of a member state if accepted by at least one of the parties: Article 15(2) .

7. In every case with a European dimension, the court must consider whether to exercise its powers under Article 15. In E (A Child) [2014] EWHC 6, Pauffley J observed that recitals concerning habitual residence do not satisfy the requirement to consider a possible Article 15 transfer.

8. Article 15 must be considered at ‘the earliest opportunity’’ (Nottingham City Council v A and Ors, at paragraph 58). The longer the determination of any jurisdictional issues, the more established the child’s situation becomes. Leicester City Council V A and ors [2014] 1575 (Fam) per Moylan J at paragraph 8. In Re E, Pauffley J stated :-

36 I also emphasise that although an Article 15 request may be made at any stage in the proceedings (see Bush v Bush [2008] 2FLR 1437 and Re T (Brussels II Revised, Article 15) [2014] 2 FLR 749) it must be overwhelmingly more efficient and accord with the welfare interests of children, for jurisdictional decision making to occur, as a matter of priority, during the initial stages of the proceedings.

45 In the final analysis, the following might be drawn from the case law, the revised Practice Direction, the Guidance and other related materials. That it is vital to confront Brussels II Revised jurisdictional issues as early as possible. They should be regarded as urgent and requiring of decisions within a matter of days, not weeks. By no stretch of the imagination could it be regarded as acceptable practice to leave the jurisdiction question in ‘cold storage’ until the final hearing.

In Re F (A Child) [2014] EWCA Civ 789, the Court of Appeal established that it is imperative that the issue of jurisdiction is addressed at the outset of proceedings; it is also imperative that it is dealt with procedurally, in an appropriate manner.

9. Article 15 contemplates a relatively simple and straightforward process: Re LM (A Child) [2013] EWHC 646. The ‘best interests’ evaluation will necessarily not be as profound as on a full hearing for substantive relief with the benefit of full evidence.

10. In determining whether the other court is better placed to hear the case and whether, if it is, a transfer will be in the best interests of the child, it is not permissible for the court to enter into a comparison of such matters as the competence, diligence, resources or efficacy of either the child protection services or the courts of the other member state – per Sir James Mumby P in Nottingham City Council v LM and Ors [2014] EWCA Civ 152, at para 19.

Vicki James practises exclusively in the area of children law, in both public- and private-law proceedings and placement and adoption applications. She was previously a solicitor in private practice for 19 years, specialising in family law (principally public-law care proceedings and adoption). She held higher rights of advocacy and was a member of the Children Panel for many years. Read Vicki’s profile.