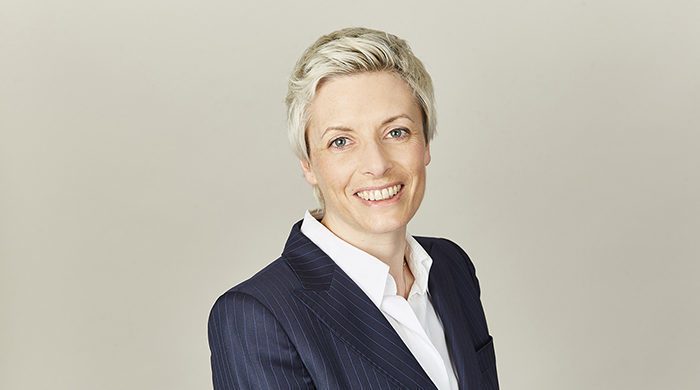 This was a noise induced hearing loss claim where the claimant had issued against 6 Defendants. On 12 December 2016, the claimant compromised its claim against D4 – D6. That compromise was in the form of a Tomlin order. It ordered that all further proceedings in respect of the claims against D4- D6 were stayed, except for the purposes of carrying out the agreed terms of settlement, which were set out in a separate schedule. The schedule provided that:

“The claimant do accept the sum of £20,000 in full and final settlement of his cause of action against the fourth, fifth and sixth defendant, inclusive of general damages, special damages, costs of the action, interest, and CRU.”

At about the same time, on 7 December 2016, the claimant served a notice of discontinuance in respect of the claim against Venduct. CPR 38.6(1) provides that, unless the court orders otherwise, “a claimant who discontinues is liable for the costs which the defendants against whom the claimant discontinues incurred on or before the date on which notice of discontinuance was served on the defendant”. Accordingly, Venduct’s solicitors asserted that they had the right to recover the costs (approximately £8,000) which they had incurred as a result of the claimant’s claim. They maintained that this could be paid out of the £20,000 paid by D4 – D6 pursuant to the terms of the Tomlin order.

The answer was Yes.

Any other result would give a claimant carte blanche to commence proceedings against as many defendants as he or she likes, requiring those defendants to run up large bills by way of costs, whilst remaining safe in the knowledge that, if the claim fails against all but one defendant, he or she will incur no costs liability of any kind to the successful defendants, despite the recovery of sums by way of damages from the unsuccessful defendant. That seems to me to be wrong in principle, because it would encourage the bringing of hopeless claims.

Counsel identified a third issue, to the effect that, even if the answer to both Issues 1 and 2 is Yes, defendant B would not have been entitled to enforce the order against the claimant on the facts of this case because the sum to be paid was a global figure for damages, interest and costs but the court said that was addressed by issue 2.

The answer to issue 2 was no.

A Tomlin order is not an “order for damages and interest made in favour of the claimant”. The schedule to the Tomlin Order is not a part of the order of the court. Instead it reflects the agreement reached between the parties.

Defendants should review all those files in which a cost order has been made in their favour against a claimant in a multiple defendant case. Costs orders may have been made where the defendant was served with a notice of discontinuance or at a preliminary hearing on limitation, if the claimant failed to obtain the exercise of discretion against one defendant but not others. Any such costs orders are enforceable without permission of the court, if an order for payment of damages was made against another defendant in those proceedings, provided the proceedings have been concluded and the costs have been assessed or agreed, up to the amount of the damages and interest awarded. Orders for payment of damages are not only made at a hearings, they are also made if the claim settled by way of a “conventional” consent order rather than by way of Tomlin Order.

Before taking steps to enforce a costs order the defendant should ensure the claimant has the means to pay, unless the enforceable costs order is covered by ATE insurance.

In future, will “Defendant A” be able to discount any offers made to the claimant by up to the amount of the costs likely to be payable to Defendant B as a condition of agreeing to settle the claim by way of a Tomlin order?

Would a defendant be criticised for refusing to agree to settlement by way of a Tomlin order when a Tomlin order is unnecessary and the claim could be settled by way of “conventional” consent order, as is often the case for personal injury claims?

Communication with all defendants (even if no longer a party to the proceedings) is essential prior to agreeing to concluding any multiple defendant claim to establish what orders for costs, damages and interest, if any, have been made or are likely to be made.

Defendant’s costs of the appeal in Cartwright

(1) Where a party entitled to costs is also liable to pay costs, the court may assess the costs which that party is liable to pay and either –

(a) Set off the amount assessed against the amount the party is entitled to be paid and direct that party to pay any balance; or

(b) Delay the issue of a certificate for the costs to which the party is entitled until the party has paid the amount which that party is liable to pay.

Note that the wording of CPR 44.12 seems to be limited to circumstances where the same party has both a liability to pay costs and to be paid the costs.

Claimants who have issued proceedings against multiple defendants on the basis that the claim can be discontinued without penalty because of QOWCS now need to rethink that approach.

In future, Claimants who have issued proceedings against multiple defendants with uncertain prospects of success against all defendants should attempt to: –

Aside from at trial, when it is inevitable that any awards for costs, damages and interest will be made by way of court order, a court order can be avoided by use of a Tomlin Order, with provision for the payment of damages in the schedule.

A claimant could attempt to avoid a deemed costs order on discontinuance by seeking agreement to discontinue by way of a Tomlin order, but I anticipate agreement from the defendant would be unlikely to be forthcoming. The defendant is unlikely to agree to losing the potential benefit of an order for costs which could be enforced up to the amount of damages and interest ordered to be paid by another defendant.

The schedule to a Tomlin order is not enforceable without further order of the court. It is important to carefully word the Tomlin order as if the terms of the schedule are unclear the court will not enforce the agreement. In personal injury claims this should be straightforward.

The usual wording of a Tomlin order is “The claimant and the defendant having agreed to the terms set out in the schedule hereto, IT IS ORDERED THAT all further proceedings in this claim be stayed except for the purpose of carrying such terms into effect”

In Cartwright the schedule provided that:

“The claimant do accept the sum of £20,000 in full and final settlement of his cause of action against the fourth, fifth and sixth defendant, inclusive of general damages, special damages, costs of the action, interest, and CRU.”

If costs need to be assessed, an order for detailed assessment in the absence of agreement is required. It does not suffice to have a provision in the schedule. See 47.6.3 White Book 2018, commentary.

Caroline Wood is a civil practitioner at Park Square Barristers specialising in personal injury claims with extensive experience of disease claims up to and including trial, as well as preliminary limitation hearings.