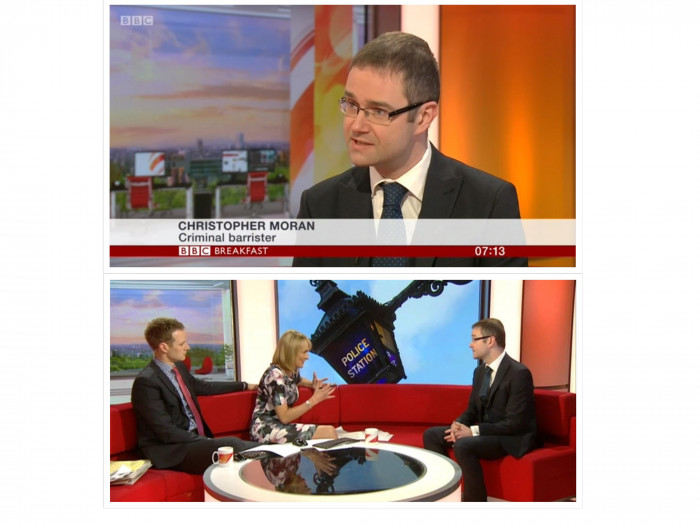 Christopher Moran appeared on BBC Breakfast today for a live TV interview. He was interviewed by presenters Louise Minchin and Dan Walker. Chris discussed the changes in police bail of which have been recently introduced.

Chris Moran is instructed in substantial criminal matters, boasting a reputation for being meticulously well prepared.