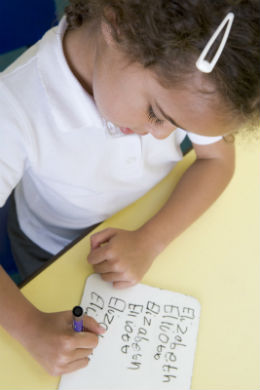 This has not been such a fashionable field of litigation since the turn of the century, not least because Dawson v Wearmouth [1999] 1 FLR 1167 (HL) followed by Re W, Re A, Re B (Change of Name) [1999] 2 FLR 933 seemed to have clarified and resolved the matter generally. Christoper Ferguson was, however, recently involved in a contested hearing on the subject, which raised a few points which may be of interest to some practitioners.

First, the legal test on whether to change a child’s surname was considered and clarified by Lord Justice Ryder in W (Children) [2013] EWCA Civ 1488. He acknowledged and set out the twelve guidelines that had been listed by Butler-Sloss LJ in Re W, Re A, Re B, including her emphasis that this was not to be treated as an exhaustive list. Ryder LJ then went on to say (paragraph 13 of his judgment) that “Dawson v Wearmouth above is often characterized as authority for the proposition that there has to be added value for the child concerned in any change proposed. That is not strictly accurate. The test is welfare, pure and simple.” It may be thought that the distinction is pretty fine in practical terms, but there it is.

Secondly, in W (Children) [2013] EWCA Civ 735, the same judge granted leave to appeal in a name change dispute case where a Cafcass officer had not been directed to speak to the parents and then provide an opinion on the welfare issues.

Thirdly, as many may already be aware, Lady Justice Hale championed the cause of compromise in Re R (Surname: Using Both Parents) [2001] EWCA 1344 (a case which appears to be instantly remarkable in that unlike most of the others on this topic it does not involve anyone whose name begins with “W”). The solution was not altogether original, but none the less useful for having some judicial support: double-barrelling. At paragraph 15 of her judgment Hale LJ said “In my judgment, parents and courts should be much more prepared to contemplate the use of both surnames in an appropriate case, because that is to recognise the importance of both parents….” It should perhaps be noted that in that case the court was dealing with a family that had connections in Spain, where the incorporation of both parents’ surnames is apparently common practice. Looking at the sentence quoted from the judgment, one may wonder what is envisaged to qualify as “an appropriate case”. Nevertheless, I pass it on in case it is of assistance.

You would think that with the benefit of such detailed research and careful preparation (in all modesty) I would have had a case with some merit. Unfortunately, this was still no match for my opponent’s own preparation and her clearly superior advocacy….