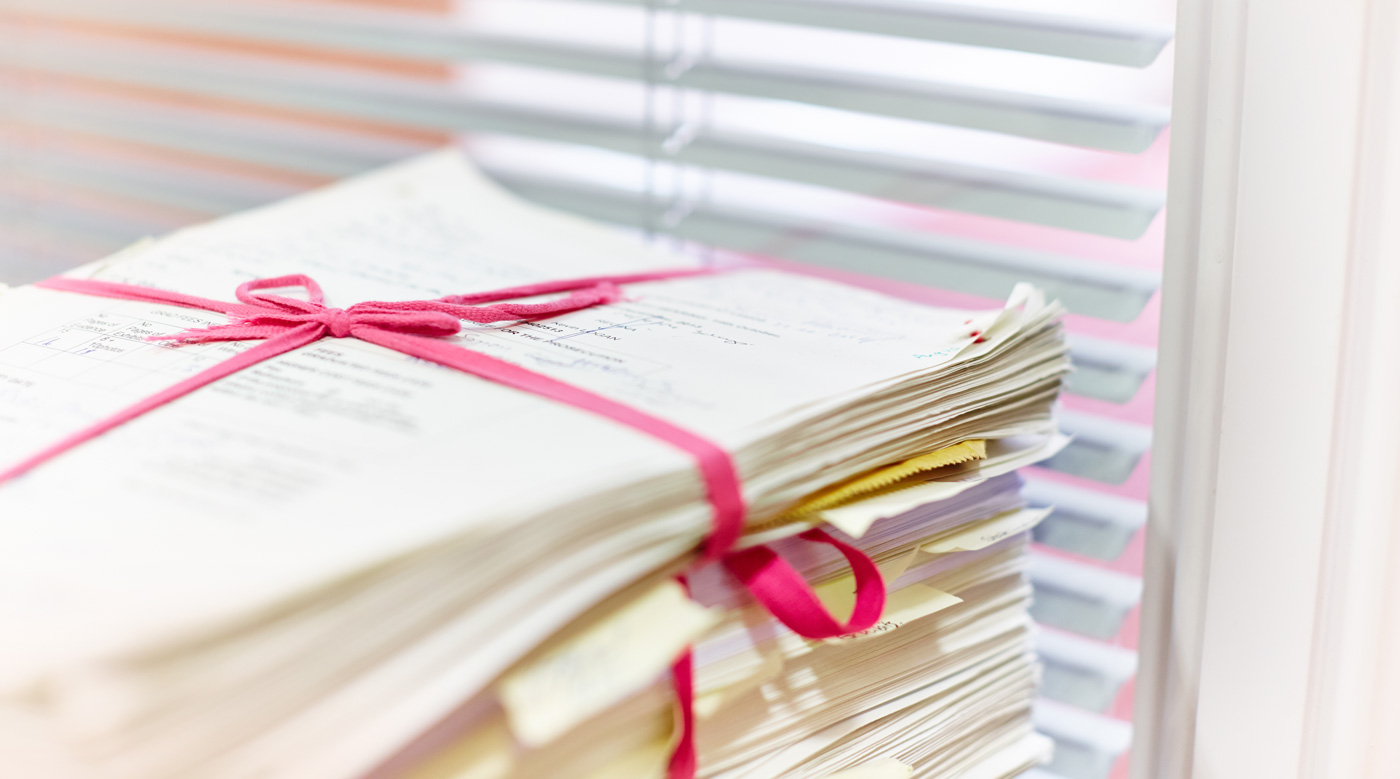 Court bundle sizes in care proceedings must be controlled

In the recent case of Re L (A Child) [2015] EWFC 1, the president of the Family Division, Sir James Munby, reminded practitioners of the importance of following Practice Direction 27A when preparing court bundles in care proceedings, and keeping their size under control.

“Unless the court has specifically directed otherwise, being satisfied that such direction is necessary to enable the proceedings to be disposed of justly, the bundle shall be contained in one A4 size ring binder or lever arch file limited to no more than 350 sheets of A4 paper and 350 sides of text.”

Whilst it’s fair to say that PD27A hasn’t been enforced too strictly in many courts over the last 8 years, it certainly will be following this judgement. Practitioners (particularly those representing local authorities) will need to keep a close eye on the size of the court bundle throughout proceedings.

Facts of the case

The case related to an initial order in respect of the translation of a court bundle for the benefit of the father of one of the 2 subject children. The father of L was Slovenian and could not read or speak English.

The district judge’s order contained a schedule of documents to be translated, totalling 591 pages extracted from the court bundle, which at that stage contained 989 pages. The cost of translating the 591 pages turned out to be over 23,000. Unsurprisingly, the LAA refused to grant prior authority, and wrote to the father’s solicitors in the following terms:

“I refer to your application for prior authority to incur over £23,000.00 translating a substantial part of the court bundle from Slovenian to English.

“This application is refused, as it is not considered the expenditure is necessary or justified. It is accepted that if the client cannot speak or read English, he does need to understand the evidence. However, it is very unlikely indeed that he will actually read such a large volume of documentation.

“Further, unless the client is a lawyer or has some experience of the work done by child professionals, I cannot see that a verbatim translation would be of any real benefit to him. If the client were an English speaker, would you consider it essential that he was provided with a copy of the court bundle?

“I suggest you review your strategy and put together a further quote in which the conducting solicitor summarises the key documents for the client and then provides an estimate for the cost of translation of that summary for the client. It is the experience of the writer this is likely to result in a fraction of the cost of a full translation.

Following the LAA’s refusal, the case was transferred to the local designated family judge who, in turn, transferred the matter to be heard by the president solely in relation to this issue. The case was heard on 28 January 2015 – it was noted that the size of the court bundle on this case was over 2.5 times the permitted limit, and that judicial approval had not been sought to exceed this in accordance with PD27A Para5.1. The president referred to the judgments in Re X and Y (Bundles) (2008) EWHC 2058 (Fam):

“The continuing failure by the professions to comply with their obligations is simply unacceptable. Enough is enough. Eight years of default are enough. Eight years are surely long enough for even the most casual practitioner to have learned to do better… A judge, exercising the power conferred by para 5.1, may of course, in an appropriate case, direct that there is to be a single ‘core’ bundle accompanied by other bundles arranged in accordance with directions given by the judge. But unless a judge has specifically directed, using the expression, that there is to be a ‘core bundle’, the expression is not to be used: the obligation on the parties is to prepare a PD27A-compliant ‘bundle’.”

It’s clear that the court will expect parties to comply with PD27A and that, if they don’t, the courts will take action. From now on:

The president also stated that “there is no reason why case management judges should not, if appropriate, specify the maximum length of an expert’s report.”

In respect of further breaches of PD27A, the president stated that from now on:

The president concluded his judgement by reiterating the importance of not squandering public funds:

“Public funds, whether those under the control of the LAA or those under the control of other public bodies, are limited, and likely in future to reduce rather than increase. It is essential that such public funds as are available for funding litigation in the Family Court and the Family Division are carefully husbanded and properly applied. It is no good complaining that public funds are available only for X and not for Y if money available for X is being squandered. Money should be spent only on what is “necessary” to enable the court to deal with the proceedings “justly”. If a task is not “necessary” – if it is unnecessary – why should litigants or their professional advisers expect public money to be made available? They cannot and they should not. Proper compliance with PD27A and, in particular, strict adherence to the bundle page limit, is an essential tool in the struggle to control the costs of family litigation. “

We have all been warned!