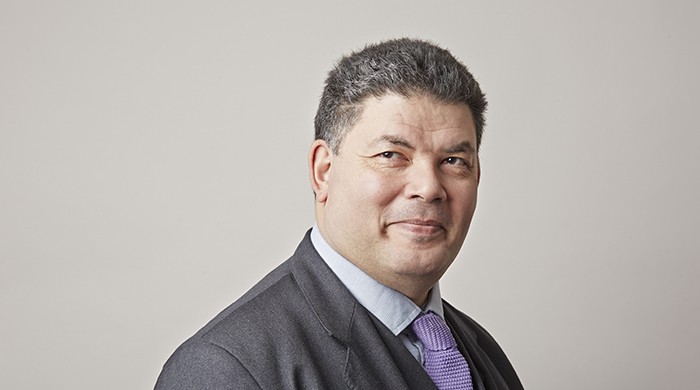 In London Organising Committee of The Olympic and Paralympic Games (in liquidation) and Haydn Sinfield [2018] EWHC 51 (QB (hereinafter referred to as ‘The LOCOG case’), Mr Justice Knowles,  guidance has been provided from the High Court, as to Fundamental Dishonesty (FD) and its application to s.57 Criminal Justice & Courts Act 2015 (the 2015 Act).

Prior to the 2015 Act, the courts had provided that it is possible for the true part of a claim to be struck out, where part of the whole claim was found to be dishonestly exaggerated; but that, the power to do so, as an abuse of process, was to be exercised exceptionally, see Summers v Fairclough Homes [2012] 1 WLR 2004, per Clarke L 49-50. Since 13 April 2015, s.57 of the 2015 Act has provided defendants with the means of applying to have a personal injury claim dismissed or struck out on the basis of FD. Parliament, it would seem, intended a more punitive view, than that contemplated in Summers.

In summary, a Defendant can apply for full dismissal of an awarded amount in a personal injury claim, on the basis of FD, on balance of probabilities, in relation to the primary or related claim, unless there would be substantial injustice in doing so.

(1) This section applies where, in proceedings on a claim for damages in respect of personal injury (“the primary claim”)—

(a) the court finds that the claimant is entitled to damages in respect of the claim, but

(b) on an application by the defendant for the dismissal of the claim under this section, the court is satisfied on the balance of probabilities that the claimant has been fundamentally dishonest in relation to the primary claim or a related claim.

(2) The court must dismiss the primary claim, unless it is satisfied that the claimant would suffer substantial injustice if the claim were dismissed.

(3) The duty under subsection (2) includes the dismissal of any element of the primary claim in respect of which the claimant has not been dishonest.

(4) The court’s order dismissing the claim must record the amount of damages that the court would have awarded to the claimant in respect of the primary claim but for the dismissal of the claim.

(5) When assessing costs in the proceedings, a court which dismisses a claim under this section must deduct the amount recorded in accordance with subsection (4) from the amount which it would otherwise order the claimant to pay in respect of costs incurred by the defendant.

(6) If a claim is dismissed under this section, subsection (7) applies to—

(a) any subsequent criminal proceedings against the claimant in respect of the fundamental dishonesty mentioned in subsection (1)(b), and

(b) any subsequent proceedings for contempt of court against the claimant in respect of that dishonesty.

(7) If the court in those proceedings finds the claimant guilty of an offence or of contempt of court, it must have regard to the dismissal of the primary claim under this section when sentencing the claimant or otherwise disposing of the proceedings.

by a person other than the person who made the primary claim.

(9) This section does not apply to proceedings started by the issue of a claim form before the day on which this section comes into force.

S.57 is on the balance of probabilities. What constitutes FD would lend analogy with CPR r.44.16(1), which provides:

Orders for costs made against the claimant may be enforced to the full extent of such orders with the permission of the court where the claim is found on the balance of probabilities to be fundamentally dishonest.

Until recently, the most cited case for interpretation of FD in the County Court, has tended to be

Michael Gosling v (1) Hailo, (2) Screwfix Direct ) CC (Cambridge) 29.4.14, per HHJ Maloney QC. This case concerned a settled claim, in which it was subsequently found that 50% had been exaggerated on the facts, as discovered post settlement. The Learned Judge then went on to consider the issue of fundamental dishonesty (i.e. as to the core, finding so on 50% of the discontinued claim characterized the claim as fundamentally dishonest. Per HHJ Moloney QC:

“44. It appears to me that this phrase in the rules has to be interpreted purposively and contextually in the light of the context.  This is, of course, the determination of whether the claimant is “deserving”, as Jackson LJ put it, of the protection (from the costs liability that would otherwise fall on him) extended, for reasons of social policy, by the QOCS rules. It appears to me that when one looks at the matter in that way, one sees that what the rules are doing is distinguishing between two levels of dishonesty: dishonesty in relation to the claim which is not fundamental so as to expose such a claimant to costs liability, and dishonesty which is fundamental, so as to give rise to costs liability.

45. The corollary term to “fundamental” would be a word with some such meaning as “incidental” or “collateral”. Thus, a claimant should not be exposed to costs liability merely because he is shown to have been dishonest as to some collateral matter or perhaps as to some minor, self-contained head of damage. _If, on the other hand, the dishonesty went to the root of either the whole of his _claim or a substantial part of his claim, then it appears to me that it would be a fundamentally dishonest claim: a claim which depended as to a substantial or important part of itself upon dishonesty.”

The LOCOG case concerned a personal injury and special damages claim by a Mr Sinfield, who was a volunteer at the Olympic & Paralegal games in 2012.  Liability was admitted by LOCOG and at first instance trial of quantum, Recorder Widdup at Oxford County Court on 18 September 2017 awarded damages. In doing so, the Judge rejected LOCOG’s application to dismiss the entire claim, subject to s.57, made on the submission that Mr Sinfield had knowingly presented a dishonest claim for damages for gardening expenses, and thus he had been FD in relation to his claim. LOCOG appealed to the High Court, against this decision.

Mr Sinfield had claimed that he was forced to employ a gardener due to his injuries; but in fact he had done so for many years. His disclosure list included purported invoices; but he had created these himself.  At first instance, the Judge found that the Claimant did not set out to bring a dishonest claim and characterised it as a careless error in the initial presentation of his case, which he later compounded by attempting to conceal. Dishonesty was not motivated by a wish to present a false claim; but to conceal and get away with the muddled and careless presentation of his case in the past.  The Judge did not find the Claimant to be FD; but even if he had, it would be substantially unjust for the entire claim to be dismissed when dishonest relates to a peripheral part of the claim and the remainder was honest and genuine.

On appeal, Knowles J discussed the background to the introduction of s.57 and that the prior, more restrictive approach in common law, such as in Summers, where Clarke L at para 61 found that in principle it is more appropriate to penalise a fraudulent claimant as a contemnor than to relieve the defendant of what the court found to be a substantial liability; and the power to strike out the claim should only be exercised in very exceptional circumstances.

As to s.57 and FD generally, in LOCOG, Knowles J, allowed the appeal and at paragraphs 62-65, and referring to para 27, gave the following guidance:

‘27. I should point out that the judge’s decision pre-dated the judgment of the Supreme Court in in Ivey v Genting Casinos Limited (t/a Crockfords Club) [2017] 3 WLR 1212 in which the Court restated the common law test for dishonesty and, in summary, held that whilst dishonesty is a subjective state of mind, the standard by which the law determines whether the state of mind is dishonest is an objective one, and that if by ordinary standards a defendant’s mental state is dishonest, it is irrelevant that the defendant judges by different standards.

He then went on to explain that if s.57 FD applies, the mere fact of the potential loss of the honest part of the claim per se would not constitute substantial injustice, per s.57(2)(b), so as retain the honest damages.

The LOCOG case is significant, because it is the first case to consider at High Court level, s.57 in the context of FD. It also provides clarity in endorsement of the evolving case law definition of FD and applies recent Supreme Court guidance on the definition of dishonesty (Ivey v Genting (supra)).’

With a prolific, nationwide, civil fraud, trial practice, exclusively representing defendants, mainly as insurance panel counsel; I find that the application of s.57 and FD is fact sensitive. The guidance from the Courts will assist.

Roger André deals exclusively with defending against alleged insurance fraud and is instructed by most of the country’s leading solicitors (including insurance panel members). He appears in courts across the country on a weekly basis.