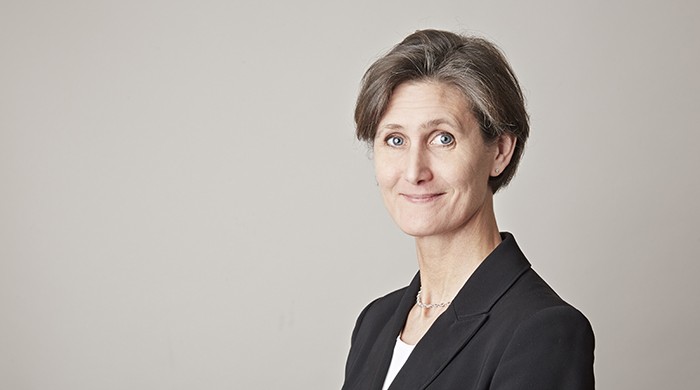 Re: IH (Observance of Muslim Practice)

Susan Fricker, instructed by solicitors Henry Hyams, represented the father of an incapacitated adult IH in two applications in which the court gave consideration to the observance of religious custom and practice while IH resides in a supported care home.

Issues of capacity were not disputed within the proceedings. The court was concerned with a determination in respect of each application of what is in the best interests of IH under section 4 of the Mental Capacity Act 2005.

All parties to the proceedings were agreed that IH should be relieved of the obligation to fast during Ramadan.

The court heard expert evidence from Consultant Psychiatrist Dr Peter Carpenter in respect of issues of capacity and from Dr Mansur Ali, lecturer in Arabic and Islamic Studies at Cardiff University on issues of religious and cultural practices within Islam.

The position of the local authority was that it recognises the importance of facilitating the religious observances for IH.

The position of the Official Solicitor, on behalf of IH, was that whilst recognising the religious significance of the hair-trimming procedure for a person with capacity, as IH does not have capacity there is no religious obligation or significance for IH in the procedure, and he is absolved by the tenets of the Islamic faith from any expectation of compliance. Further, there is a risk to IH in attempting the trimming that he or others will be harmed.

In determining the best interests of IH Mr Justice Cobb considered inter alia the statutory guidance within the Mental Capacity Act 2005; the guidance offered by the Supreme Court in Aintree University Hospitals NHS Foundation Trust v James [2013] UKSC 67, [2014] 1 AC 591 and the expert evidence of Dr Mansur Ali in respect of the religious and cultural practices within Muslim life.

The judgment records that –

‘Health or social care bodies who make the arrangements for the care for adults who lack capacity owe an obligation, so far as is reasonably practicable and in the interests of the individual, to create a care environment and routine which is supportive of the religion of P, and to facilitate P’s access to, or observance of religious custom and ritual. All forms of liturgy should, where practicable, be accessible to persons with disabilities. This view is consistent with Article 9 of the European Convention on Human Rights, and the right enjoyed by those who lack capacity as for those who have capacity, to freedom of religion and freedom, either alone or in community with others and in public or private, to manifest his religion or belief, in worship, teaching, practice and observance. While no specific protection in this regard appears to be offered by the UNHR Convention on the Rights of Persons with Disability, the rights enshrined in the ECHR (above) “are for everyone, including the most disabled members of our community” (Baroness Hale in P (by his Litigation Friend, OS) v Cheshire West & Others [2014] UKSC 19).

The duty outlined above is consistent with the expectation that in best interests decision-making for someone who lacks capacity, the court will take account, so far as is reasonably ascertainable “the beliefs and values” of that person which would be likely to influence his decision if he had capacity (section 4(6)(b)); these must include, where relevant, religious beliefs and values. This is illustrated in the instant case by the fact that the Local Authority provides IH with a Halal diet even though IH himself would not know that the food he ate was Halal, or the significance of the source and/or preparation of the food. The Local Authority recognise the need to respect IH’s religion.’

In undertaking the best interests analysis Mr Justice Cobb determined that if IH had capacity he would probably have observed the custom of hair trimming. The court heard evidence from a principal carer for IH that in his assessment there was a risk of IH becoming agitated and causing injury to himself or others. The judge stated ‘I am concerned that IH would find the bathroom overcrowded, claustrophobic and anxiety-inducing. If he finds this stressful, he may well become aggressive; his aggression may develop suddenly and dramatically.’ The court considered also the need to preserve the dignity of IH.

The judge concluded that –

‘IH has a life-long developmental condition and has never had the capacity to understand the tenets of Islam; the benefits of adherence to such rituals do not obtain for him, but for others. The fact is that by reason of his disability IH is absolved of the expectation of performing this recommended procedure, and there is no other clear benefit to him. The trimming of the pubic and axillary hair would serve no other purpose. I am anxious that IH should be spared additional stresses in his life, and wish to protect him and the staff from the risk of harm – an approach which itself has the endorsement of Islamic teaching.’

The full judgment is published on Bailii

Susan Fricker has considerable experience of litigation in which welfare determinations are central to the proceedings. She has experience of acting and advising in welfare disputes – scrutinising best interests decision making and challenging best interests decision making where appropriate; deprivation of liberty; disputed accommodation and contact.

Susan has experience of litigation where capacity is in issue and ensuring that the interests of the vulnerable adult are brought before the court in the most sensitive and effective way.

Susan has considerable experience of working with local authorities to address welfare issues.