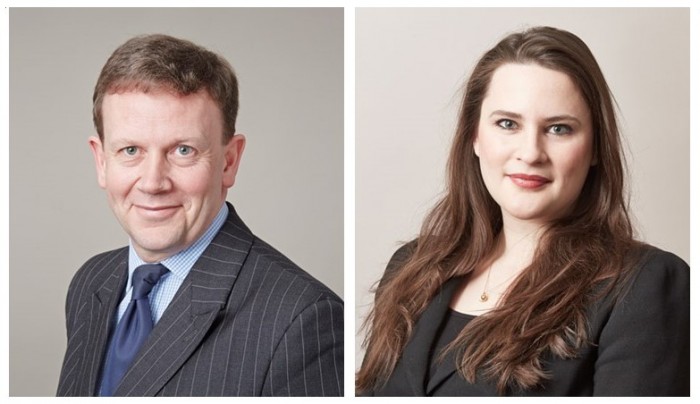 About 5 or 6 years ago over lunch one day David Dixon was chatting to Judy Dawson about the endemic situation of civil fraud claims. Following that discussion David, along with others from the now PSQB criminal team, lectured to various solicitors and insurers about the option of private prosecutions.

A steady stream of requests for advices about the prospects of such prosecutions followed, some were declined but some were indicated to be good cases to pursue. Following such advices some cases were prepared up to the point of issue, but then for a variety of reasons insurers opted not to continue with matters.

In mid 2014 Keoghs Solicitors instructed David Dixon to consider a prosecution of 21 people involved in an alleged bus related staged accident claim, Keoghs seeing the advantages to the insurer, Service Underwriting Management Limited. Following advice and further work the case was eventually prepared for summons to be issued from Wakefield Magistrates Court, allegedly against the driver dangerous driving and he and the rest fraud. Initially the Court wasn’t prepared to issue a 21 handed private prosecution, indicating that the case should be referred to the police and CPS. (The police had already indicated they did not see that they could take the case for their own reasons.) Following a refusal to take the case Keogh’s pressed on, Camilla Buck arguing before the Court on their behalf, and summons were issued.

At the Crown Court in Leeds, David Dixon and Camilla Buck prosecuted the 21 Defendants. 3 trials were ordered, following not guilty pleas at earlier stages, but as each trial came the Defendants all pleaded guilty showing that this was a good case to prosecute.

In simple terms 19 of the Defendants boarded a bus and travelled on it towards Pontefract. The other two defendants were the driver and passenger in a Micra car that followed and was in due course deliberately crashed into the bus. The Crown alleged that all of the Defendants were party to a pre-planned agreement to make fraudulent insurance claims based on the collision they knew was to come.

The bus was covered with CCTV cameras and prior to the collision certain of the Defendants could be seen watching to see when the car had made contact with the bus, and then signalling to the others. Upon the collision taking place (which was minimal at best to those on the bus) the Defendants then jumped up and acted like they had been involved in a massive collision. One Defendant almost threw himself down the aisle of the bus like he was “superman” – click on the image below to view the clip.

Others immediately pretended that they were struck with injuries of the highest order and sought ambulances and the like from the bus driver, who had felt in his words a very slight tremor through the steering wheel from the collision.

An innocent passenger on the bus looked completely bemused by the Defendants’ over the top and ridiculous exaggerated acting. The Learned Judge in sentencing the case said, “this was a staged fraudulent road accident, designed with claims to follow. You were all involved for your financial benefit. The CCTV shows pathetic acting. This is serious offending, involving endemic fraudulent claims, which are a scourge on society. Deterrent sentences must follow for such offending.”

The driver of the Micra, was disqualified from driving for 3 years, and ordered to undertake an extended retest, as well as receiving a jail term.

This prosecution brought by the insurer, as opposed to the police and CPS, assists the community by making it clear that fraudulent claims will not be tolerated and allowed the Court to send out a clear deterrent sentence. It removed a number of people with criminal records from the community for a little while.

For the insurer, it was beneficial, in that 20 potential claims will now disappear. The costs of such civil claims defences have gone. Further to that, very importantly, by prosecuting this matter that the Learned Judge said should have been prosecuted publically, Service Underwriting Management Limited were granted an order that the costs of prosecuting the Defendants should be paid from central funds, subject to taxation. Whether the case will cost the insurer anything will depend on taxation, but it has made massive savings on a civil defence. Service Underwriting, and its linked commercial entity of Key Claims, will also be able to say loud and clear to its policy holders, “we will not tolerate fraud and in appropriate cases will prosecute those responsible to ensure that justice is done.”

The insurer was commended by the Judge, for prosecuting this case as it affects genuine claims, as well as other members of the community.

For further details about private prosecutions, please contact David Dixon, Camilla Buck or their clerks for further details. Keoghs Solicitors are also more than willing to assist with enquiries that may arise.