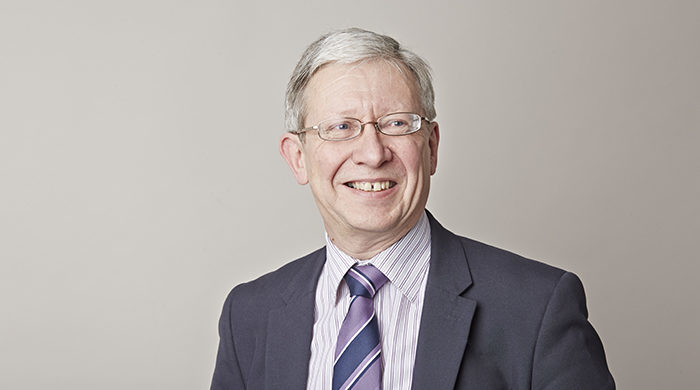 Wardship proceedings are initiated to make a child a ward of court. If an order is made the High Court effectively becomes the legal guardian for the child ensuring his or her welfare and protection. All significant decisions relating to the child’s life will be subject to the approval of a wardship judge. Wardship has its roots in feudalism and the Middle Ages when the feudal lord became responsible for the lands of an heir whose parents died before the tenant reached majority age.

Following the abolition of feudalism in the 17th century the old Court of Wards and Liveries became defunct and wardship jurisdiction reverted to the Court of Chancery. Through the 19th century the emphasis of wardship began to focus on the welfare of the child and was extended to protect children effected by matrimonial breakdown although its use was still infrequent mainly being invoked where substantial property was involved. Only in the 20th Century did wardship become more common as Local Authorities as it was used to protect children from abuse by their parents. The Family Law Reform Act 1969 gave the High Court the power to place a ward of court under the care or supervision of a Local Authority.

As a result of the introduction of the Act the High Court lost the power under its inherent jurisdiction to place children with a Local Authority and to make children subject to care orders wards of court. Practice Direction 12 D makes it clear that wardship proceedings should not be commenced unless the issues cannot be resolved under the Act and the LA’s ability to make an application is now severely circumscribed by sec 100 of the Act. Leave will only be granted if the court is satisfied that:

Although in the middle years of the 20th century wardship was a common procedure to protect vulnerable children it has rarely been  used since the inception of the  Act.  In addition to satisfying the provisions of sec 100 of the Act set out above Articles 6 and 8 Human Rights Act 2008 apply to wardship and the court must be satisfied that this level of intervention is proportionate and necessary. Wardship however was not abolished when the Act was introduced and there are still occasions when it can still be appropriate to make a wardship order in public law proceedings when for whatever reason the court is unable or unwilling to make a care order. In such cases the type of situations where the leave of the court would be required to regulate the life of the ward are set out below although the list is not exhaustive:

The case of LB Brent v S [2009] EWHC 1593 (fam),  is authority for the principle that in cases which are finely balanced the local authority should not be criticised for seeking the assistance of the court and making an application for wardship: Sir Christopher Sumner said in that case: “I fully support them (the local authority) in deciding that, in such a difficult and anxious matter as this, they should seek a decision of the court. I hope nothing I have said discourages local authorities, in appropriate cases such as this, seeking the assistance of the court for which they are not to be criticised”.

As to the rare type of case in question where wardship is still appropriate as opposed to a care order this is considered in the review below.

The use of wardship in public law proceedings was usefully reviewed in the recent case of Re T [2018] EWCA Civ 650 in which the Court of appeal considers the possible orders for a child whose grandmother had been rejected on two occasions by the fostering panel. The Court was left with two realistic options of placement with paternal grandmother or making care and placement orders. The Judge at first instance had found that the appropriate outcome for the child was placement with the paternal grandmother under a care order. The Local Authority’s refusal or inability to register her as a foster carer made this impossible and therefore the Judge felt compelled to make final care and placement orders. The Court of Appeal found that the Judge’s assessment of risk should have been respected by the Local Authority and consideration given to other mechanisms to achieve the same end. The Court of Appeal cited with approval the case of Re W& X (Wardship: relatives rejected as foster carers) [2003] EWHC 2206 fam, [2004] 1 FLR 415 in which Hedley J made residence orders and orders in wardship. He asked himself whether or not the circumstances of the particular case warranted external control of the placement and found that it did. All parties agreed to this as a way forward.

This was a case where it was impossible for the children to remain in their placement under a care order and so wardship filled the lacunae. In which the Court of Appeal reviewed the possible orders for a child whose grandmother had been rejected on two occasions by the fostering panel. The Court of Appeal cited with approval a number of cases including the case of Re W& X (Wardship [2003] EWHC 2206 fam, [2004] 1 FLR 415 in which  relatives were rejected as foster carers and  Hedley J made residence orders and orders in wardship. In that case the judge asked himself the question whether or not the circumstances of the particular case warranted external control of the placement and he found that it did when all parties agreed to this as a way forward.

A Recent Application of the Above Principles

Unless the Local Authority was willing to re-register the carers (which it was not )  a care order was not  an option for the Court as the placement would continue to be unregulated and the injunction preventing the Local Authority from removing the child from their care would come to an end. Although the Court had private law options to consider – A child arrangements order or a special guardianship order – the court came to the view supported by  the Guardian and the Local Authority that Wardship was the appropriate option. Unimpressed with the role of the Local Authority throughout the Judge took the view that because of the severe disabilities effecting the child and some potential but manageable safeguarding issues, the court could and should have a continuing role and should initially at least hold  the ultimate parental responsibility for the child.

Wardship still has a role to play in modern public law proceedings.  Although rarely used as a care order will usually be appropriate this will not always be the case. Indeed, as Local Authorities continue to struggle with serious funding problems and inadequate human resources it is likely in my view that warship will be used more and more frequently to fill the gap when Local Authorities either cannot or will not assume or maintain shared parental responsibility to protect vulnerable children.