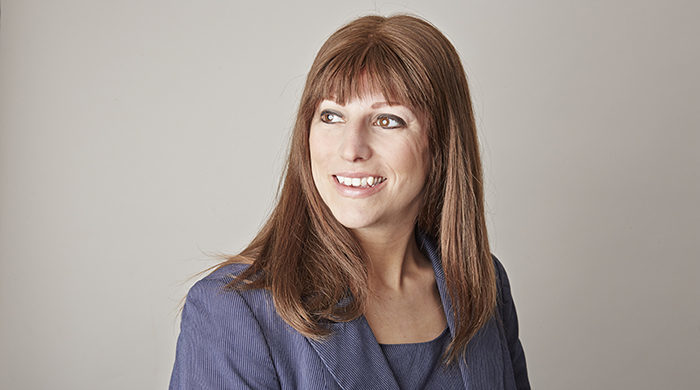 In this Judgment handed down last week, the Court considered the potential for credit hire companies, who were not parties to the litigation, to be the subject of costs orders. The Appellant car hire company was the subject of such a non-party costs order at first instance and appealed to the High Court. The decision is one which anyone involved in credit hire should be aware of.

Four Claimants had brought claims against a driver following a road traffic accident on 27th April 2013. It involved an alleged rear end shunt and the First Defendant, who was the driver of the alleged at fault vehicle, played no part in proceedings. The case was defended by his insurers, Esure Services Ltd, who alleged that the claims were tainted by fraud.

The trial came before Mr Recorder Grundy on 30th October 2015, sitting at the Liverpool County Court. After hearing three days of evidence the Learned Judge found that the Claimants had not even proved that they had been involved in the alleged accident at all, but although he found that the claims were “very suspicious” he declined to find them to be fraudulent.

One of the heads of claim was for £23,456.85 alleged to be due under a credit hire agreement with Select Car Rentals (North West) limited (“select”), for replacement vehicles used after the accident. The Recorder made specific reference to the fact that such a claim was made in spite of the pre-accident value of the Claimant’s vehicle being only £1710. During her evidence the First Claimant admitted that she had bought a replacement vehicle only nine weeks after the accident and therefore had no need to continue to hire a vehicle after that date and for a large portion of the period being claimed for. She admitted that she had been allowing her boyfriend to use the hire cars, until he was involved in an accident, which brought matters to the fore.

The claims were dismissed by the Recorder, but as there had not been a finding of “fundamental dishonesty” (which would have allowed the Defendant to apply for the Claimant to be removed of QOCS protection under CPR 44.16), Esure would, in practical terms, be left to pay their own costs of successfully defending the claim. Esure therefore attempted to seek their costs from Select, contending that their involvement in the claims was sufficiently close to justify the making of a non-party costs order against them. Select resisted this claim but were unsuccessful before Recorder Garside QC who awarded Esure 60% of their costs of defending the main claims against Select. It was that order that was the subject of the appeal.

During the appeal to the High Court Mr Justice Turner made reference to ss51(2) and (3) of the Senior Courts Act which it he stated were sufficiently broad as to encompass the making of costs orders against non-parties, before considering the procedure required under the CPR in order to make such an order.

a) That person must be added as a party to the proceedings for the purposes of costs only; and

b) He must be given a reasonable opportunity to attend a hearing at which the court will consider the matter further.”

The Learned Judge went on to consider part 44.16 of the CPR and the relevant practice direction, stating at paragraphs 14-16 of his Judgment:

“CPR Part 44.16 provides for exemptions to QOCS protection and in so far as is material, provides:

(2) Orders for costs made against the claimant may be enforced up to the full extent of such orders with the permission of the court, and to the extent that it considers just, where –

(a) the proceedings include a claim which is made for the financial benefit of a person other than the claimant or a dependant within the meaning of section 1(3) of the Fatal Accidents Act 1976 (other than a claim in respect of the gratuitous provision of care, earnings paid by an employer or medical expenses)…

(3) Where paragraph (2)(a) applies, the court may, subject to rule 46.2, make an order for costs against a person, other than the claimant, for whose financial benefit the whole or part of the claim was made.”

I note in passing that, strictly speaking, paragraph (3) does not in itself provide a distinct exception to the QOCS regime because the limits set upon enforcement of costs there under is confined to claimants as defined under CPR 44.13 and does not include non-parties.

12.1 This subsection applies to proceedings to which Section II of Part 44 applies.

12.5 The court has power to make an order for costs against a person other than the claimant under section 51(3) of the Senior Courts Act 1981 and rule 46.2.

In a case to which rule 44.16(2)(a) applies (claims for the benefit of others)(a) the court will usually order any person other than the claimant for whose financial benefit such a claim was made to pay all the costs of the proceedings or the costs attributable to the issues to which rule 44.16(2)(a) applies, or may exceptionally make such an order permitting the enforcement of such an order for costs against the claimant;

(b) the court may, as it thinks fair and just, determine the costs attributable to claims for the financial benefit of persons other than the claimant.

12.7 Assessments of costs may be on a standard or indemnity basis and may be subject to a summary or detailed assessment.”

The court considered relevant case law from which it found that there are a wide variety of circumstances in which a discretion about making a costs order against a third party may be exercised but the overarching principle is that such discretion must be exercised “justly”.

At first instance the Recorder, referring to CPR 44.16(2)(a), found that Select were a person for whose financial benefit a claim had been included in the proceedings, and that it was just to make an order for costs against them. He considered Select’s role in the litigation and concluded that they and the Claimant were “absolutely locked together”, noting amongst other factors set out at paragraph 24 of the judgment, that in a claim worth less than £30,000, the claim for the benefit of select was for £23,456.85.

Select criticised the first instance Judge for not addressing whether CPR 44.16 introduces a new type of discretion to be exercised in cases falling within the QOCS regime, as it applies to non-parties. On appeal it was determined that this was not the position and that the wording of CPR Part 44.16 is entirely consistent with the way in which the proper approach to the discretion to order costs against a non-party has developed in recent case law.

Select also argued on appeal that the wording of PD 12.2 was Ultra Vires and asked the Judge to read into the paragraph the words “may be”, such that it would read as follows:

“Examples of claims which may be made for the financial benefit of a person other than the claimant…are subrogated claims and claims for credit hire…”. The High Court declined to read the Practice Direction in such a way and found that merely because the claim was for the financial benefit of a credit hire company did not automatically mean that person would be the subject of a costs order and the court must still exercise their discretion in making such an order “justly”. Accordingly he found that PD 12.2 was not ultra vires if read as drafted.

Select’s final aspects of their appeal were that the hire agreement between the Claimant and Select were in a common form found in credit hire agreements and that direct communications between credit hirer and insurers are standard practice under the ABI general terms of agreement between subscribing insurers and credit hire organisations. Further they contended that there was no evidence to show that in practice they actually exercised the rights afforded to them under the contract and that it was shown that Select did not exercise control over the litigation by the fact that their solicitors had contacted Esure rather than the Claimant’s solicitors when enquiring about progress of the case. The Judge found that the even if the terms and conditions were standard practice within the industry it did not give credit hire companies immunity from non-party costs orders and that the submissions regarding the lack of control over the litigation lacked sufficient force to undermine the court’s decision at first instance which had been balanced and within the bounds of the Judge’s discretion.

Defendant insurers will welcome this decision as one that may open up opportunities to recoup their costs in cases which are subject to QOCS. There is no requirement to show that the credit hire organisation’s involvement was exceptional in order to seek a costs order against them, nor to show that the non-party was able to, or was exercising, a degree of control over the conduct of the litigation.

Defendant insurers will hope that this ruling will make credit hire organisations give serious consideration to realistic offers of settlement made to them and that they will no longer be able to hide behind the protection offered to Claimant’s by QOCS.

Those acting on behalf of Defendants should be aware of the potential to make an application for a non-party costs order against a credit hire organisation if a claim involving credit hire is dismissed. They should be alive to the use of such orders as an additional tool in their armoury, alongside S57 Criminal Justice and Courts Act 2015 and CPR 44.15 and 44.16, in the plight to recoup some of their costs in cases that would otherwise be subject to QOCS.

The full judgment can be found here

Anna Wilkinson has an established practice in insurance fraud and is always up to date with the requirements of the insurance industry in this rapidly developing area of law.