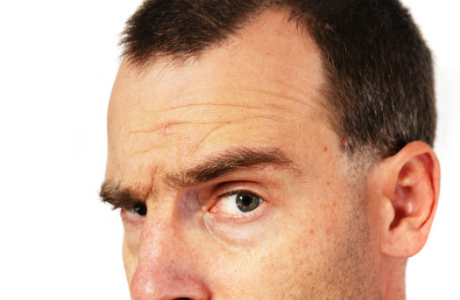 On 12 February 2015, the Criminal Injuries and Courts Act 2015 received royal assent. Buried in the midst of this legislation are 5 sections which address issues of significant importance and interest to personal injury (PI) lawyers – cases of fundamental dishonesty and inducements.

No doubt of greatest interest to those at the coalface of personal injury fraud litigation is section 57 of the Criminal Injuries and Courts Act 2015. It provides that:

This can be seen as a very significant evolution in the power of the courts to strike out genuine claims of dishonest claimants, a power which was confirmed by the Supreme Court in Summers v Fairclough Homes [2012] UKSC 26. Whereas in Summers it was held that it would only be in a very exceptional case that it would be just and proportionate for the court to strike out an action after trial, under the act the new power must be exercised – unless it would cause the claimant substantial injustice. The section expressly confirms that the genuine elements of the claim must be struck out.

The legislation raises a number of questions:

All of these will require some judicial guidance, and are be considered below.

The concept of ‘fundamental dishonesty’ was introduced as a legal term in 2013 by CPR 44.16, along with the other provisions relating to qualified one-way costs-shifting. No doubt the meaning intended in section 57 is the same as was intended in CPR 44.16. Already, a small body of case law has started to grow as to the meaning of ‘fundamentally dishonest’. In particular, in Gosling v Hailo (29/4/14), HHJ Moloney QC provided useful guidance, stating that the phrase should be interpreted purposively and contextually; that fundamental dishonesty could be distinguished from collateral dishonesty; and whether the claimant, by reason of his own dishonesty, had waived his right to the costs protection offered by QOCS.

Although it’s difficult to anticipate the variety of judicial views on this phrase, examples might include cases where the claimant has suffered substantial genuine losses but has then sought to exaggerate those losses further, as in Summers.

While all this can only be seen as a significant weapon in the arsenal of insurance companies and their legal representatives, this silver lining does have a cloud. The section provides that, when dismissing the claim, the court must still assess the value of the genuine elements of the claim (ie the amount that the claimant would have received had he been honest) and deduct this figure from any costs that the claimant is ordered to pay the defendant. The rationale here is that the claimant shouldn’t have to pay twice for his dishonesty.

The section also provides that the dismissal of the genuine parts of the claim must be taken into account in any subsequent criminal or contempt proceedings.

Sections 58 to 61 of the act ban regulated parties (barristers, solicitors and FILEX) from offering inducements to make a claim for personal injury (or death) or from seeking advice from such a person with a view to making a PI claim. This is a natural progression from the ban on referral fees.

Inducements can be permanent or temporary (so a ‘cash advance’ against future damages would be included) and can be for property as well as cash – thereby covering offers such as “free iPad for claimants”.

The act doesn’t create any criminal offences or civil right of action, and the intention is that it will be policed by the relevant governing body as a regulatory and disciplinary matter.

Unfortunately, the ban does not cover claims-management companies – presumably because they have no regulatory body, but it does cover inducements made on behalf of a regulated party. This is potentially another nail in the coffin of the cosy relationship between some CMCs and solicitors’ firms.

It’s important to note that these sections of the act do not (at the time of writing) have a commencement date, and are not yet law. They do, however, clearly set out the government’s intent to further reverse the development of the compensation culture.

Richard Paige’s background is in all areas of civil law, but he now specialises in clinical negligence, personal injury and civil insurance fraud. Read Richard’s profile.