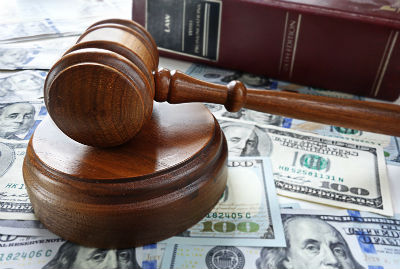 Is a claimant whose case commences on the RTA or EL/PL portal, and who equals or beats her Part 36 offer at trial, entitled to indemnity costs? Yes, according to the unanimous judgment Court of Appeal in Broadhurst and Taylor -v- Tan and Smith [2016] EWCA Civ 94.

It held that where a claimant makes a successful Part 36 offer in a section IIIA case, she will be awarded fixed costs to the last staging point provided by rule 45.29C and Table 6B. She will then be awarded costs to be assessed on the indemnity basis in addition from the date that the offer became effective. The court also gave short shrift to the argument that there is no difference between profit costs assessed on the indemnity basis and fixed costs. Fixed costs are awarded whether or not they were incurred, and whether or not they represent reasonable or proportionate compensation for the effort actually expended. On the other hand, assessed costs reflect the work actually done.

The hearing took place on 8th February 2016, with judgment handed down on 23rd February 2016. The details of the facts in the two appeals are not material. It is sufficient to say that in both cases, the claimant (i) started a claim for damages for personal injuries arising from a road traffic accident under the Pre-Action Protocol for Low Value Personal Injury Claims in Road Traffic Accidents (“the RTA Protocol”); (ii) made a Part 36 offer to try to obtain settlement and the offer was rejected by the defendant; and (iii) obtained judgment which was more advantageous than the offer she had made.

The Master of the Rolls, giving the sole judgment of the Court held, as a straightforward matter of interpretation, that any tension between rule 45.29B and rule 36.14A must be resolved in favour of rule 36.14A.

If that were wrong, then it would be legitimate to use the Explanatory Memorandum as an aid to construction. It states in terms that, if a claimant makes a successful Part 36 offer: “the claimant will not be limited to receiving his fixed costs, but will be entitled to costs assessed on the indemnity basis in accordance with rule 36.14.”

The Master of the Rolls endorsed the view that such a prize is consistent with rule 36.14(3) as a whole and its policy of providing claimants with generous incentives to make offers, and defendants with countervailing incentives to accept them.

The moral for all RTA and EL/PL claimants is to make a realistic Part 36 offer to settle when serving the claim form; whilst for defendants it must be to take advice on the litigation and costs risks before filing the defence.

Simon Anderson is a member of the Park Square Barristers Personal Injury Team and specialises in employers and public liability litigation for both claimants and defendants.