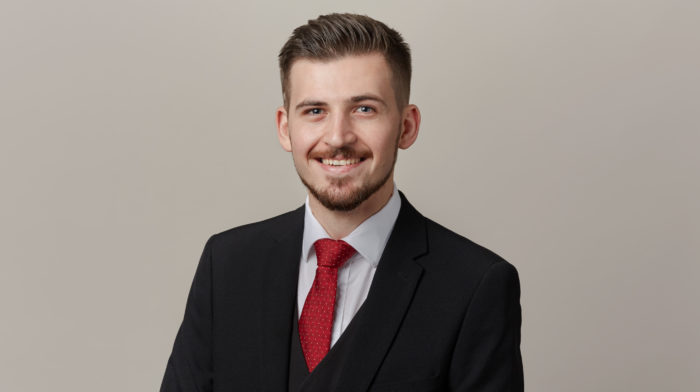 SFR1s are only admissible by way of an agreed fact with the defence. They are not admissible by any other means as they are not compliant with Criminal Procedure Rule 19 (CPR 19) which governs expert evidence. “Bland denials” that amount to “the Crown’s expert must be wrong” on behalf of defendants do not comply with their duties under CPR 3 and 19 but this failure does not allow the Crown, or any tribunal, to circumvent the rules on admissibility of expert evidence. An SFR2 will therefore be required for the Crown to prove any fact that falls within the remit of experts if the defence do not agree the SFR1.

The Appellant, Mr Hunt, was charged on 18 August 2017 with two counts of “drug driving”.  He appeared for his first hearing on 1 September 2017 where he produced a plea letter which stated:

District Judge McGarva gave a direction requiring the Appellant to comply with CPR 19.3(2)(a) (Identifying issues with the Prosecution’s report) by 15 September 2017 as the trial issues had not been sufficiently identified. A case management hearing was listed for 23 September 2017. At that hearing, the magistrates acceded to the Crown’s request for a case management hearing in front of a District Judge.

The case came before District Judge McGarva on 6 October 2017 for case management. The Appellant appeared with his representative and provided three letters that had been sent to the CPS purporting to respond to the SFR1. The first letter, dated 18 September stated that the SFR1 was not agreed:

The District Judge stated that the Defence did not identify any specific issue as to why the sample in his case was unreliable and he noted that the Defence did not specify what had happened to the Defendant’s second sample which could have been independently analysed. The District Judge stated the three letters did not comply with CPR 19.3 and on that basis, admitted the SFR1 as evidence by way of an agreed report. This was a pre-trial ruling for the purposes of s8A Magistrates’ Court Act 1980. The mechanism he used to admit the report was s30 Criminal Justice Act 1988.

At trial, the Defendant dropped all issues regarding the police station procedure and made an application to vary the pre-trial ruling on the SFR1 on the basis that there had been a material change in circumstances (s8B(3) MCA 1980). The change in circumstances was the report of alleged manipulation of data at the Randox Testing Service Laboratory. The Defence argued that the “Randox Scandal” was a stark example of why SFR1s are not suitable to be relied upon as evidence where the accuracy and reliability of the analysis results were positively disputed. The Magistrates said they could not go behind the ruling of District Judge McGarva and highlighted that the Defendant’s case did not involve a sample tested by a Randox facility.

The Appellant invited the Magistrates to state the case for the opinion of the High Court which they did, asking whether they erred in law by admitting the Stage 1 Streamline Forensic Report as part of the evidence.

The High Court heard the case on 27 June 2018 before Garnham J and Treacy LJ.

The Court first examined the Appellant’s compliance with CPR 19.3. Garnham J stated that in his judgment, the Appellant had failed to comply with CPR 19.3(2). He stated the “bland denials” contained in the letters of September and October 2017 did not properly identify the disputed issues relating to the expert’s conclusions. This failure also amounted to a failure under CPR 3.3(1)(a) and 3.2(2) which included fulfilling the overriding objective by ensuring that evidence, whether disputed or not, is presented in the clearest way.

The Court then considered the admissibility of the SFR1. Garnham J stated that the District Judge had no power to admit the SFR1 as an agreed fact. Insofar as the District Judge ordered it to stand as evidence, the SFR 1 did not comply with CPR 19 nor with s30.5 of the Criminal Justice Act 1988. Garnham J further stated that he was unable to accept that CPR 3, a case management power, could operate so as to set aside the admissibility of evidence as set out in CPR 19 and S30 CJA 1988.

Concluding his judgment on the admissibility of the SFR1, Garnham J stated:

“Section 30.2 provides that an expert report shall be admissible in circumstances where the author of the report does not give evidence only with the leave of the court. Section 30.5 provides that:

“In this section ‘expert report’ means a written report by a person dealing wholly or mainly with matters on which he is (or would if living be) qualified to give expert evidence.”

Here the District Judge gave leave under s.30.2, but the basis of his grant of leave was that the breach of the obligations under Rule 19.3 by the appellant were such that he could treat the SFR1 as an agreed report. I disagree. This was not an expert report within the definition in s.30.5. The SFR1 contained no details of the author’s expertise and the court was unable to judge whether she was suitably qualified. Further a breach of Rule 19.3 does not make a report, which does not comply with Rule 19.4, admissible in evidence. In determining admissibility under s.30 the court is required to have regard to the factors itemised in subsection 3. There is nothing to suggest that the District Judge did have regard to those considerations and, in those circumstances, the District Judge’s decision is vulnerable to challenge.”

Quashing the conviction, the High Court held that the Magistrates had not erred in admitting the SFR1 because they were obliged to do so as a result of the ruling of the District Judge. However, the District Judge erred in making that ruling. The SFR 1 should not have been admitted and without it, the prosecution had no case.

The matter was remitted to a fresh Bench to rehear the matter.

The judgment of the High Court in Hunt v CPS will come as a welcome relief to defence practitioners and litigants in person alike by reinforcing the principle that where the Crown want to prove an element of an offence that is outside the remit of a tribunal of fact, they must do so by way of a full, CPR 19 compliant, expert report (an SFR2).

A cash-strapped criminal justice system has meant that the Crown Prosecution Service is doing all that it can to streamline prosecutions and reduce expenses wherever possible. As defence practitioners are well aware, expert reports are expensive and the same costs apply when the Crown have to commission them.

SFR1s are exceptionally useful where Defendants accept their involvement in an offence to the extent alleged by a Crown by allowing their contents to be admitted by way of an agreed fact. But that is the only way they can be admitted; by way of an agreed fact. They are not admissible under s30 Criminal Justice Act 1988 as they do not comply with CPR 19 and so are not expert reports for the purposes of that section. Similarly, Hunt v CPS seems to confirm that they are not admissible as hearsay under s114(1)(d) Criminal Justice Act 2003 (as I have seen prosecutors attempt to do on a number of occasions) due to the requirements of CPR 19.

Prior to the judgment in Hunt, we were moving towards a position where Defendants would need to commission their own defence expert report to highlight an issue before they could be said to be complying with CPR 19 and so trigger an SFR2.

What is less clear from the judgment is what is expected of the defence in such cases to ensure compliance with CPR 19.3 and what the consequences for such failures are. Clients’ instructions in “drug driving” offences often equate to “the reading must be wrong”. Without the benefit of a defence expert report, which would not be available at first hearing in any event, it’s unclear how a defence practitioner complies with 19.3(2) given that “bland denials” have been held not to comply with the CPR. One possible consequence is the practice that has developed in Thames Valley where the CPS are being granted adjournments to produce SFR2s where they have failed to do so and also the awarding of higher than normal prosecution costs where an SFR2 has been produced and a Defendant subsequently pleads guilty. It is difficult to see why these adverse consequences are being reserved for drink and drug driving offences; the Crown would never seek to admit an SFR1 to prove fingerprint evidence or a DNA match in a burglary case, for example. I have certainly never seen or heard of the Crown requesting higher than normal costs in such cases.

The approach being taken by the Crown and, perhaps more worryingly, by some legal advisors and tribunals, towards those charged with drink and drug driving offences who seek to challenge the expert evidence against them is worrying, particularly in light of the Randox and the emerging Eurofins controversies.

What Hunt v CPS shows is that even where the defence do not comply with CPR 19, this does not allow the prosecution to circumvent the rules and admit otherwise inadmissible evidence. Therefore, a failure by the CPS to produce an SFR2 before the day of trial (as if often the case) should still result in acquittals for defendants if the principles established in Hunt are applied properly.