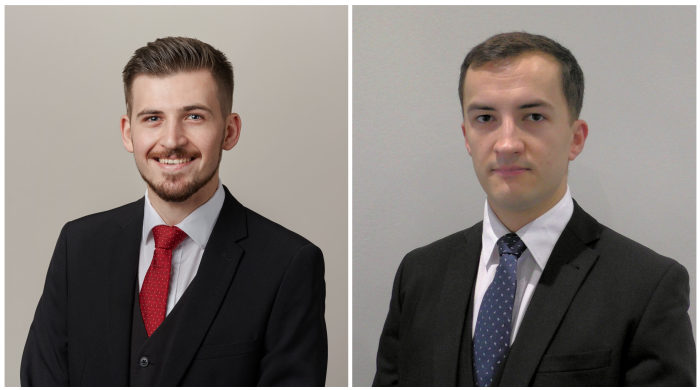 James Holding and Joe Hudson to start their second six

Both will be on their feet and both will be available to receive instructions.

James Holding has undertaken his first six under the supervision of Matthew Harding.

In this time James has undertaken a number of noting briefs in the Crown Court and County Court. The noting brief in the Criminal case was a Death by Dangerous Trial at Durham Crown Court. James will be available for Criminal, Regulatory and Civil work.

Joe Hudson has been under the supervision of Robert Stevenson in his first six.

Joe has also done noting briefs including in the Employment Tribunal and a 7 day criminal trial at Southampton Crown Court. In this case Joe was instructed on behalf of an Insurance Company observing the evidence of a doorman who was charged with GBH. Joe is now available to receive instructions in Criminal, Civil, Family and Regulatory matters.