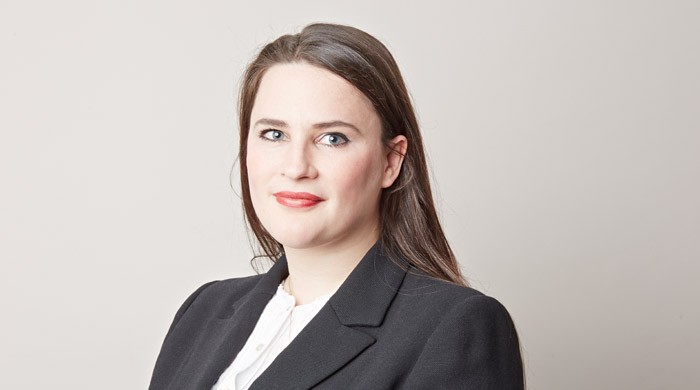 Judgment in default – what can the defendant still contest, and can recent case law affect LVI claims?

Judgment in Default – what can the Defendant still contest. A discussion as to whether recent case law would affect LVI claims.

The appeal case of Symes v St George [2014] EWCA 2505 (QB) forced a close study of what a judgment in default meant and did not mean. It was a sad case with the Claimant having terminal cancer. There had been an early admission that the Claimant had initially been negligently misdiagnosed and as a result he had spent approximately four months before he had surgery rather than the two weeks within which the surgery would have been done. It was clear from correspondence (in particular one letter headed “limited admission”) that it was the Defendant Health Authority’s case from an early stage that whilst it admitted liability for the negligent misdiagnosis and the pain and suffering that arose within the period from when he would have had the surgery done to when he in fact had it done, but that it denied that part of the Claimant’s case relating to the necessity of a further operation and his cancer becoming untreatable (including any lost years claim); the Defendant’s case was that this would have occurred in any event. A preliminary report by an expert supporting this stance was served pre-proceedings

The Particulars of Claim set out all the alleged consequences, including those in dispute by the Defendant, and relied on the admission. The Defendant chose not to enter a Defence (although made it clear to the Claimant solicitor by telephone call that its reasoning was that as they admitted breach and some damage, there was no need, and judgement in default was entered. The Schedule served with the Defence was relatively brief (with many items marked TBA) and on service of a full Schedule, the Defendant served a Counter-schedule according to the Court Directions which contained detailed denials of causation of all damage save for that arising within the four months of the delay.

The matter came before Master Roberts who adjourned the matter for the Claimant to make an application to strike out those parts of the counter-schedule which disputed causation. Such application was made the same day. The Defendant made a counter-application to set aside the judgment in default albeit later discontinued this (presumably for the very good reason that to pursue such an application (which would have been difficult to justify) was in direct contradiction to their arguments in defence of the Claimant’s application). Master Roberts subsequently made an order that given that no defence had been entered, those matters in the Counter-schedule that disputed causation of those matter set out in the Particulars of Claim, would be struck out given judgment in default had been entered.

The matter came before Simon Picken QC sitting as a Deputy Judge of the High Court. In summary he rejected the Claimant’s arguments that failure to respond to the Particulars of Claim (and in particular those specific allegations that the misdiagnosis and subsequent delay caused the cancer to spread to his lungs and result in the cancer being terminal) prevented the Defendant from raising the issues subsequently. He did say that it would have been more sensible to serve a Defence (a decision with which I suspect everybody involved, dealing with a distressing case at an appellate stage a week before an assessment of damages hearing had been listed, would have concurred) but that given that the Defendant was admitting liability, it did not have to serve a Defence and therefore it was not precluded from, post judgment, raising issues of causation. There was held to be no question of the Defendant seeking procedural or tactical advantage, given that the Claimant and his solicitor was well aware of the Defendant’s case throughout.

As an aside, the decision would have been different in my view had the Defendant served even the simplest Defence admitting liability had it not within such Defence specifically denied the causation issue relating to the more serious issues; as the Claimant had specifically pleaded what his case was (namely that the negligent misdiagnosis led to the necessity of an operation and the spreading of the cancer to his lungs), a failure within any Defence to specifically deny the same would have led to the same being treated as admitted.

So does this decision have any effect on general practice, in particular those dealing with LVI claims?

First, the consideration of the case law makes it very clear that liability rests on both breach of duty AND damage. This may be trite law but Defendant’s Counsel is oft met with applications for judgment to be entered where breach of duty is admitted but damage is denied (with the Defendant’s case being that he/she did negligently nudge the rear of the Claimant’s car but caused no damage).

Second, it makes it clear that judgment in default (or judgment generally) can be entered despite significant disputes on causation as long as there is some admitted damage. One hopes in LVI cases that the insurer will already have paid for any admitted damage to the vehicle (to enable a win on there being no injury to automatically lead to a costs order in the Defendant’s favour even if it cannot be enforced) but often there has been no such payment and the Defence needs to be clear as to whether the Defendant admits some damage (and therefore judgment can be entered) or not. It does however seem to support the contention that even if judgment has been entered, causation issues can be raised as to some of the damage (albeit the Defendant is precluded from arguing that there was no damage caused at all to either the Claimant’s vehicle or person, a stance which is often one which Defendant’s wish to take).

A word of caution; in the Sykes case the Defendant’s solicitors had raised the causation issue at an early stage and it was impossible for the Claimant’s legal team to allege that they had been misled as to the Defendant’s case. In the fast track (within both meanings) world of LVI, failure to raise in a Defence the causation arguments, may well lead to the Defendant seeking to raise it later being deemed too late once directions have been implemented through to trial. Whilst this case may provide glimmers of hope for those presented with files upon which judgment in default has already been entered, it does not offer a sure-fire escape strategy and I would still advise a detailed response to the letter of claim and then to serve a Defence setting out the denial of causation. Different problems arise where there have been insurer admissions of liability and it should be emphasised that whilst admissions of liability do not preclude an argument that there has been no injury (such admission could be related to vehicle damage), the dangerous tick in the admission box marked “the Claimant has suffered some injury” does appear to prevent a Defendant reawakening the issue of LVI without a formal application to withdraw such admission.

Whilst we are on the subject of LVI can we just lay to rest the Claimant myth (still worryingly frequently repeated) that Casey v Cartwright provides support for the proposition that if causation is not raised within three months, the issue of causation cannot be raised (indeed I have seen applications to strike out portions of a Defence based on this mistaken view of the authority). The authority relates only to whether permission should be granted for expert evidence on the issue not whether the issue can be raised.