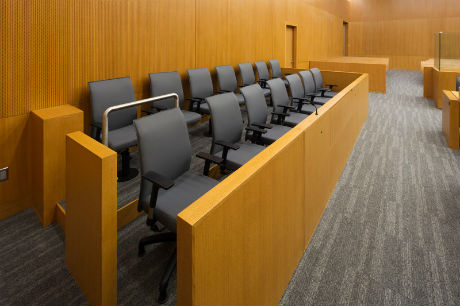 Jurors and jail: How to avoid going from one to the other, and trying to keep your Ipad in between…

For those who attended the Park Square Barristers’ continuing professional development training day yesterday and witnessed the professional come back of Mike Smith, from an extended leave of absence on health grounds, the recent changes in law relating to jurors will be fresh in your mind. For those unable to attend, or who like me left Mike’s excellent talk intrigued by the Criminal Justice and Courts Act 2015, consider this as a proposition:

Called as a Juror:

You’re called up for jury duty. You’re excited, nervous, curious. You wonder what case you might get, if there will be a celebrity involved. You probably don’t consider whether you’ll end up in prison at the end of your service.

It has been well documented in recent months and years that jurors who fall foul of their strict instructions not to research a case, not to contact a defendant can and do end up behind bars. But as Mike Smith told us, the new Criminal Justice and Court Act 2015 brings with it a stringent regime and codification of a juror’s responsibilities.

S71 of the 2015 Act amends the Juries Act of 1974 to make a specific offence of a juror who intentionally seeks information relating to a case before them, in the course of the trial. That information includes (but is not limited to): asking a question, searching online, visiting a place, inspecting an object, conducting an experiment or asking someone else to do any of the above.

So far so good, this is nothing new but rather a codification of matters which could be considered to have been contempt of court and previously contrary to a Judge’s specific instruction. What is interesting, in my opinion anyway, is the paragraph that follows. “Information in the case” includes the person in the case, the judge dealing with the case, any other person in the case (including lawyers or witnesses), the law relating to the case, the law of evidence or court procedure.

Why is it interesting? Well these inclusions are extremely sweeping and, I think, not presently covered by the standard Judge’s housekeeping directions to the jury. Might it not be possible that an innocent juror googles the Judge’s name, or a Barrister’s, not out of malice or a desire to derail proceedings but rather out of an everyday sense of curiosity, to settle a row about the age of a baby faced lawyer or determine the origins of an accent which was difficult to place. Might a juror innocently google “court staff” to understand (in the way of an anecdote, of a question from a juror, I was regaled of  by a solicitor advocate with higher court rights) a “why the usher is sitting with the barristers and asking questions” – the lawyer in question being the only solicitor advocate in a multi-handed case and thus the only one absent a wig.

It may be that innocent though the above may be, it is best avoided in the course of the trial because of the old adage justice must not only be done it must also be seen to be done. It is not the content of this provision that makes me a little uneasy but rather the implications of it. Section 71(8) of the new Act provides for a period of imprisonment of up to 2 years, or a fine, or both, for breach of the same. With that being the consequence, it may be prudent for those in a position to do so to adapt their housekeeping directions to the jury to include the wide ranging prohibitions and the consequences that flow from breach.

But if you find yourself on jury and you’ve learned from google that Bolton is my homestead, what should you do now? Well what you must not do is tell the rest of the jury. Because s72 tells us that if you have broken the law as set out above, and you share your findings with your fellow jurors you commit a separate offence which is separately punishable with two years in custody, or a fine, or both. And I promise you the knowledge of my hometown won’t keep you entertained for the duration of a custodial term.

So you’ve arrived for your service, you’ve heeded the warnings, you’ve not dared to check your email for two weeks on the off chance it’s interpreted as “research” and finally you’re done. Your verdict is delivered and you’re off home to your family who have diligently been told every day for two weeks that you cannot possibly discuss the case until it’s conclusion. And that day is now. At long last you can impart the fact that the Defendant attempted to persuade you that his DNA at 29 dwelling burglaries was a shocking but explainable coincidence, that 15 witnesses picked him out at an identity parade and his mum disclosed he wasn’t at home like he said he was at the material time. You and your fellow jurors found him guilty but it took a few hours because…

Well careful now, because here again a juror can fall foul of the new Act. Section 74 declares it is an offence to disclose details of statements, arguments, opinions or votes which formed part of the jury’s deliberations, or to solicit such information. And guess what? That’s another two years, or a fine, or both for falling foul of this regulation.

Now there are exceptions to the above, disclosures where necessary to a person in authority, a Judge, a member of court staff, a police officer. Disclosures to assist in an appeal by a Defendant if the juror has cause for concern are allowed for within the Act. But I would expect the number of cases where the exception can be met are few and far between.

Crikey, you may be thinking, should I find myself called up to do my important public service of jury duty, I shall keep myself to myself, I shall read my book on my Ipad and then I can’t go wrong… or can you?

Hand over your Ipad:

Because what is also conveyed by the 2015 Act is a power for the Judge to confiscate a juror’s, or the jurors’ electronics. So long as he or she is convinced it’s in the interests of justice they have the power to take the items, search a juror for electronics if they believe such hasn’t been surrendered and punish by way of contempt of court those who don’t comply.

Perhaps you should stick to a paperback.

Juries are a crucial part of criminal justice in our country and most criminal barristers agree they are the best available system of administering justice. No one wants to see a member of their jury jailed and I would like to think no Judge would jail a juror for an innocent mistake.

But what seems to me to be crucial following the imposition of sweeping codification and specific punishment is that jurors are properly advised as to what is and isn’t allowed, what they can say now and what they can’t. What they can never say and where to put their Ipad if they want to keep it.

In my opinion the present “housekeeping” directions against researching don’t go far enough to meet the demands put upon jurors by the new legislation. With the maximum age of jurors raised by the Act to 75, we’ve got a good few years to worry about it.

Kate Bisset is a criminal barrister at Park Square Barristers with a highly successful and diverse practice in all areas of criminal law. See Kate’s Profile