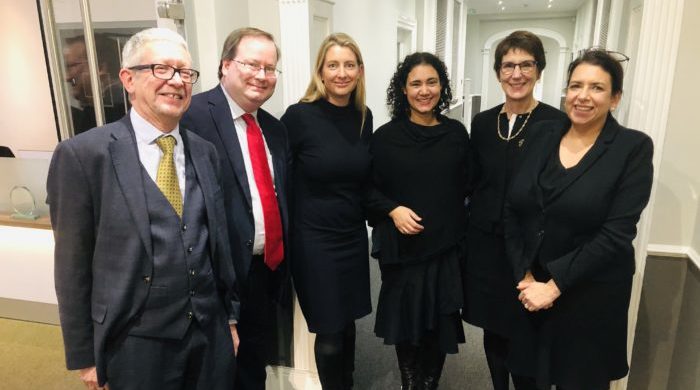 We were delighted to welcome back former member of Chambers, Court of Appeal Judge, Lady Justice King, as she visited Park Square Barristers to meet former colleagues, members of the Bar and staff.

Lady King, who practised at the Bar as Eleanor Hamilton QC, was called to the Bar in 1979 and took silk in 1999. She was a member of No6 until she was appointed to the High Court Bench Family Division in 2008.

In 2014 she was appointed as a Lady Justice of Appeal.

The North Eastern Circuit held a Jackson Mess for Lady Justice King, the Master of the Rolls and a number of High Court Judges on Tuesday night.

The picture shows Lady King with members of the PSQB Family Team,