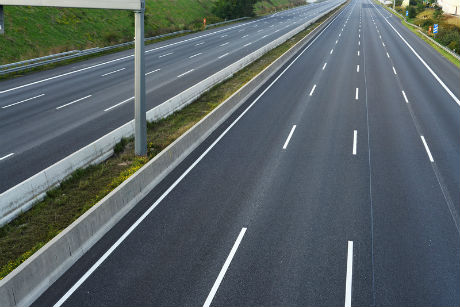 “New law” is neither new nor law…

In recent weeks Leeds Magistrates Court has found itself in the grip of a media frenzy for the dubious honour of hearing the ‘first ever prosecution’ under the “new Law”’ for so called ‘middle-lane hogging’.

The case has been reported in every mainstream newspaper in the UK and detailed a “white van driver” said to have been driving at 60mph in the middle lane, despite the inside lane being empty and no fewer than 6 cars were caused to brake and then overtake him by moving into the fast lane. The trial, heard in the absence of the Defendant, resulted in a conviction, 5 points on his licence and a stinging bill totalling nearly £1000.

The media has reported widely that this was the first prosecution of its kind for offences since “new laws” were brought into force in 2013.

On the 5th of June 2013, to a fanfare of media exclamation, it was announced that “tough new laws” were coming into force to allow Police to prosecute those who hogged the middle lane or otherwise drove in an inconsiderate manner. But the so called “first prosecution” for the offence left me rather wondering what magical new law had been brought into force and how I had managed to miss it.

Middle Lane hogging is truly annoying and opponents of it state it is dangerous. Whilst a debate about the rights or wrongs of this may be interesting, I could find no reference to the Road Hogging Act of 2013.

In fact, I could find no new Act of Parliament at all making “middle lane hogging” an offence. Dig a little deeper and we see that the prosecution was brought for inconsiderate driving under section 3 of the Road Traffic Act 1988 which states that:

“If a person drives a mechanically propelled vehicle on a road or other public place without due care and attention, or without reasonable consideration for other persons using the road or place, he is guilty of an offence.”

The meaning of “careless or inconsiderate driving” is detailed in section 3ZA of the same Act – driving falling below the standard of a careful and competent driver and if charged as inconsiderate there must be actual road users inconvenienced.

Clearly “middle lane hogging” where 6 cars have to brake and then make an overtaking manoeuvre when the nearside lane is entirely empty falls well within the remit of the existing law.

So what did happen in 2013? Not much. By way of secondary legislation the offence of careless or inconsiderate driving became an offence for which a fixed penalty notice could be offered. It does not have to be. A fixed penalty of £100 fine and 3 points allows a driver to avoid going to Court and risking up to 9 points and a £5000 fine. For the Road Traffic Police, it represents an easier and more streamlined method of prosecution than the clunking system of summonses which they used to have to abide to.

Simply put, it is easier for the Police to prosecute than not whereas before the reverse was true. But what is also interesting is that the fixed penalty provisions do not mean the Traffic Police have to issue a fixed penalty. The options available to them are unchanged. If appropriate they can offer a warning and no further action, a fixed penalty with offer of educational programme (think “speed awareness” but for carelessness or lack of consideration), a fixed penalty alone or a summons to Court.

So whilst there is a new law in force, it neither changes the substantive law nor requires the Police to Act in a particular way.

Kate Bisset is a criminal barrister at Park Square Barristers with a highly successful and diverse practice in all areas of criminal law.  See Kate’s Profile