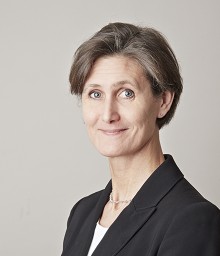 Susan Fricker attended the NSPCC annual Child Protection Conference 2015: ‘How safe are our children?’, which involved 2 days of multi-disciplinary discussion of child-protection issues.

The child protection conference saw the launch of the NSPCC 2015 report How safe are our children? Headline data from the report included –

A multi-disciplinary audience of professionals working in or responsible for child safeguarding and child protection heard from a range of speakers from across the UK.

The reality faced by young people

Speakers raised concerns about a ‘crisis in funding for Child and Adolescent Mental Health Services’. Cyber-bullying was a recurrent issue in the conference – many young people now inhabit a 24/7 online world. It was reported that there has been a significant increase in contacts from children with mental health issues, low self-esteem and self-harming.

Moving from referral-led to intelligence-led approaches

A pilot project is taking place to develop systems to facilitate inter-agency information sharing. The project is focused upon police and local authority information sharing – health services are not involved. It was emphasised that the aim of the project is to work more preventatively – to share information and identify risk to enable early preventative action. Most serious case reviews highlight a failure in information sharing as a significant issue. When a number of agencies are recording low level concerns but none of a significance to make a referral, bringing together all the information gives a fuller picture of the child to enable timely decisions to be made. Speakers explained how systems are being developed to collate information to identify if there is a picture of increasing risk to assist in decision making about the point at which there needs to be intervention.

Fundamental issues are raised by such information sharing –

A health professional raised concerns from the doctor/patient relationship perspective –

How do we unite to put prevention into practice?

Speakers highlighted the damage of decreasing public sector resources – non-statutory services in Local Authorities are being lost including early intervention resources yet early intervention is key to preventative social work. It was said that TV programmes that show the difficult work of child protection together with increased transparency in the Family Courts have helped the work of front line professionals because there is a greater understanding of the work that they do. A speaker predicted that in the next 12 months there will be another 20 – 30 % increase in CSE/abuse referrals – the volume of reports of CSE shows no signs of abating. Victims now feel more confident to come forward and report. It was said that the police have changed – the Jimmy Savile tragedy was a watershed for the police – victims now know that they will be listened to. One opinion was that more abuse is now being perpetrated because the world wide web enables perpetrators. The need for collective responsibility was emphasised – licensing authorities should use their power of licensing taxis, bars or hotels to increase collective responsibility.

The risks of moving vulnerable children out of area in an attempt to remove them from harm were discussed. This can significantly increase their vulnerability – when it is done there must be good information sharing between the two areas to ensure that safeguarding is in place and the children can be supported as soon as they arrive in a new area.

Child sexual exploitation: what have we learned?

Concern was expressed that the government’s commitment to shrinking the public sector means that frontline services are at risk. Early intervention services are very resource intensive and fundamental to community wellbeing. The tragic events in Oxfordshire have triggered the local authority to commit huge resources to addressing the issues, there is a fully committed multi-disciplinary team – Kingfisher Team

The emotional cost to the professionals involved in dealing with CSE cases was highlighted. It was said that the idea that the victims are making ‘lifestyle choices’ must change – children must be seen as children.

A presentation highlighting the risks of people feeling uninhibited by their belief that the internet gives them anonymity – a belief that they are ‘invisible’ online – there are low barriers to action and few factors at work to cause moderation of behaviour. In a video presentation referring to President Roosevelt’s Four Freedom’s speech it was argued that freedom of speech should not extend to the freedom to put people in fear.

The changes needed to the child protection system

In a speech it was said that there is a need to change the behaviour of services – work must not just be reactive. Where there had been a tolerance of the abusive experiences of child victims it meant that victims had been left alone. There have been examples of an absence of a corporate sense of responsibility and a failure to question what was happening. It was said that austerity has taken its toll and there is more to come. Concern was expressed about a lack of therapy and support to victims and a lack of mental health services – there is a need to be unified, brave and radical.

An outline was given of a large-scale police investigation into CSE and the criminal trial process that followed. An inter-disciplinary approach with clearly defined professional roles meant that police officers were able to concentrate on the criminal investigation whilst health and social care services provided appropriate support to victims through the process. 24 hour support was offered to the complainants and resources were committed to providing mental health support for them. A decision was made that the complainants should give their evidence in court – the trauma of this was discussed and ways to address that trauma. An education professional said that the child’s school needs to know the timetable for proceedings so that appropriate support can be in place – concern was expressed about a disconnect between services.

Discussed a worrying level of reports of low self-esteem, anxiety and depression amongst young people.

How can we respond when the whole system fails?

Speakers highlighted the damage that can flow when organisations are defensive and hostile when corporate failure has occurred. Good communication and conveying your core values must be an integral part of any organisation. Anxiety was expressed about public accountability being about blame and the fear this can cause amongst professionals.

The hope and promise of early intervention

Information was provided about the remodelling of services in parts of Scotland and the introduction of statutory duties in respect of child protection services. The programme has led to a fall in the number of Looked After Children and children on Child Protection Plans.

The Calderdale initiative Foundation for Families was discussed and the work that has been done there trying to take a new and more effective approach to intervention.

The panel agreed that the UK has not yet achieved truly integrated front-line services to protect children.

Whilst much of the conference highlighted difficulties, bringing together professionals from across the UK and from a multitude of disciplines was of huge value – learning about how different areas and different disciplines are responding to the significant challenges of ensuring effective child protection.