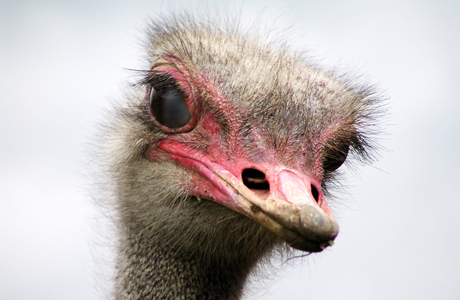 To what extent are claimants expected to express curiosity about the cause of their illness for the purposes of s.14(3) Limitation Act 1980? Simon Anderson examines this important question.

“For the purposes of this section a person’s knowledge includes knowledge which he might reasonably have been expected to acquire – (a)  from facts observable or ascertainable by him; or (b) from facts ascertainable by him with the help of medical or other appropriate expert advice which it is reasonable for him to seek; but a person shall not be fixed under this subsection with knowledge of a fact ascertainable only with the help of expert advice so long as he has taken all reasonable steps to obtain (and, where appropriate, to act on) that advice.”

It was in around 2001 that the appellant in Johnson v Ministry of Defence, Hobourn Eaton Ltd [2012] EWCA Civ 1505 first became aware of difficulties with his hearing. He knew that many years earlier he had worked in noisy environments, and – from his experience of workplace signage – that exposure to loud noise was capable of causing hearing loss. Nevertheless, it didn’t occur to him that his deafness might have been caused by noise. Rather, as is commonly the case, he put his difficulties down to ageing and the occasional build-up of wax. 5 years later, when visiting his doctor on account of his sciatica, he asked whether there was any wax in his ears. The doctor examined his ears, pronounced them to be clear of wax, and advised that any hearing difficulty was probably due to his age. He was then 66.

The following year, he was approached by the representative of a claims-management company on the car park of his local supermarket, and told that he might have a claim for compensation. This, in turn, led to his being seen by an ear, nose and throat (ENT) consultant who, following an audiogram dated 15 April 2009, concluded that Mr Johnson suffered from severe deafness and that noise was a major cause.

For idiosyncratic reasons, the judge – at first instance – found that Mr Johnson acquired actual knowledge that his condition was attributable to his employment in 2001, when it became significant. It was common ground that the judge should have considered whether he had constructive knowledge within the meaning of section 14(3) Limitation Act 1980, but had not. The Court of Appeal, therefore, embarked on this exercise by asking the question: what could a reasonable person in Mr Johnson’s position reasonably have been expected to do about seeking expert advice?

“Section 14(3) requires one to assume that a person who is aware that he has suffered a personal injury, serious enough to be something about which he would go and see a solicitor if he knew he had a claim, will be sufficiently curious about the causes of his injury to seek whatever expert advice is appropriate.”

Applying this to Mr Johnson’s claim, Smith LJ concluded “not without hesitation” that a reasonable man in the twenty-first century would be curious about the onset of deafness at the relatively early age of 61 and would wish to find out what was causing it. Taking judicial notice, she found it probable, if he had asked his GP about the cause of his deafness, that the possibility of noise-induced hearing loss (NIHL) would have come to light.

What, then, of the individual who repeatedly attends his doctors complaining of hearing loss, but fails to inquire about its possible cause?

In Platt v BRB (Residuary) Limited [2014] EWCA Civ 1401, the judge at first instance found for Mr Platt, as “to inflict a man who has consulted the medical profession on 12 occasions with constructive knowledge because he did not specifically question their own judgment of what they were telling him is too harsh a test.”

The most notable medical attendance was on 29 August 1997, when Mr Platt saw a specialist ear, nose and throat (ENT) consultant and was asked whether he had worked in a noisy environment, to which he replied in the positive. What Mr Platt failed to do was ask whether his hearing problems may have had anything to do with his employment. It was not until 14 years later that he was expressly told that he had noise-induced hearing loss. There was no debate that, by 1997 at the latest, Mr Platt knew his injury to be significant; the issue for the Court of Appeal was: should he have been fixed with constructive knowledge from that date?

In Johnson, Smith LJ left open the door to the possibility that a person who had not been asked appropriate questions by his GP might not be fixed with constructive knowledge. That door was closed – and bolted firmly shut – by Vos LJ in giving the sole judgment of the Court of Appeal in Platt. He believed that Smith LJ was merely postulating a situation in which a person received the wrong advice in answer to the question: “What caused my deafness?” The onus on the claimant is to ask about the cause of his or her condition.

The judge at first instance in Platt considered constructive knowledge in what might be seen as fairly realistic terms. Mr Platt was not medically qualified. He was impliedly asking his doctor: “What’s wrong with my hearing? What’s caused it and what can you do about it?” He found:

In these circumstances, the judge was unwilling to fix Mr Platt with constructive knowledge.

Falling back on the language of s.14(3) Limitation Act 1980, the Court of Appeal unanimously held that a claimant can only evade being fixed with knowledge of something only attainable with expert advice “so long as he has taken all reasonable steps to obtain and, where appropriate, to act on that advice.”

The test is predominantly objective, although that does not preclude a consideration of what actually occurred. In this instance, the ENT consultant, Mr Matthews, actually asked Mr Platt if he had worked in a noisy environment. As Vos LJ observed:

“Here, one might ask rhetorically why should Mr Platt not reasonably have been expected to ask Mr Matthews, who was diagnosing what was wrong with him, whether the problems he was experiencing were caused by the noise exposure they had already discussed?”

The Court of Appeal went further in concluding that the objective standard required Mr Platt to investigate the cause of his hearing loss, whether put on notice of the possible cause or otherwise[1].

So presumably, in all cases where a person is aware that he or she has suffered an injury serious enough to be something about which he would consult a solicitor if he knew that he had a claim, does s.14(3) require one to assume that he will be sufficiently curious about the causes of his injury to ask questions about it? This is only partially correct. As Dyson LJ stated in Whiston v London Strategic Health Authority [2010] EWCA Civ 195, this is not what the statute says.

Section 14(3) refers to knowledge which a claimant ‘might reasonably be expected to acquire’ from facts observable or ascertainable by him, or by him with appropriate expert advice which it is reasonable for him to seek. It does not say that if a claimant has knowledge that the injury in question is significant, he is fixed with knowledge of the facts that he would ascertain if he made inquiries about the cause of his injury. What is reasonably expected of a claimant must, therefore, depend on the circumstances of the case.

In Whiston, it was held that a distinction should be drawn between someone who has lived with a disability and its effects all his life and someone who suffers an injury following an adverse incident which occurs in adulthood. But why stop there? Why, then, not consider an individual’s qualifications, training and experience?

In Adams, Baroness Hale arguably accepted such considerations as being relevant to the knowledge that a person might reasonably be expected to acquire. She concluded her speech in these terms:

“In my view, all the cases to which we have been referred are explicable on the basis that the law expects people to make such inquiries or seek such professional advice as they reasonably can when they have good reason to do so. Their motive for not doing so will generally be irrelevant. But I would not want to rule out that their personal characteristics may be relevant to what knowledge can be imputed to them under section 14(3).”

The mantra often repeated by sufferers of noise-induced hearing loss is that they ‘put it down to ageing’, and hence prefer not to trouble the medical profession. Indeed, in Johnson, Smith LJ recognised that NIHL results in the depletion of a person’s reservoir of hearing, so that as he or she gets older it is the additional deterioration that, in fact, results in a noticeable loss of hearing. Age effectively unmasks previous historic NIHL. Nevertheless, does there come a point at which an individual is entitled fairly to conclude that he or she ‘mustn’t grumble’ – that, perhaps, their hearing loss is attributable to the same condition that afflicts us all, namely age?

The facts of Johnson are often overlooked in favour of the ratio. Mr Johnson knew that exposure to loud noise was capable of causing hearing loss. He had seen signs in the workplace advising that ear-defenders should be worn, and had even toyed with wearing a pair. His hearing loss was classified as ‘quite serious’ by the age of 61. Smith LJ posited the specific question “Would a reasonable man in his situation and with his knowledge be curious to know the cause of his deafness?” It is worth noting that she regarded the circumstances of Mr Johnson’s case as ‘close to the line’.

Whilst at first blush the Court of Appeal’s decision in Platt may seem harsh, it should be recalled that he was aged 60 when first seen by an ENT consultant in 1997. Moreover, he had first complained to his GP about his hearing in 1982, some 4 years before his employment at the defendant’s cacophonous locomotive depot ceased.

What, then, of the person with mild hearing loss which develops in his or her later years, and who has never witnessed hearing protection in the workplace? What of the employee who suffers contact dermatitis or a respiratory disease, but who has a lifetime’s history of congenital eczema or asthma?

Applying the above decisions, then, one is drawn to the conclusion that the younger, more qualified, experienced and well-trained an individual, the greater reason he or she may have for enquiring about the cause of a significant unexpected illness. Equally, the person who has lived with a disease or illness since birth, or has a compelling reason to believe that his or her condition is constitutional in origin, may be forgiven for never having grumbled.

[1] The court was also referred to its judgment in Collins v The Secretary of State for Business Innovation and Skills [2014] EWCA Civ 717, in which the claim brought by a person with lung cancer was statute-barred for having delayed by 6 years in asking his doctors about the possible cause.