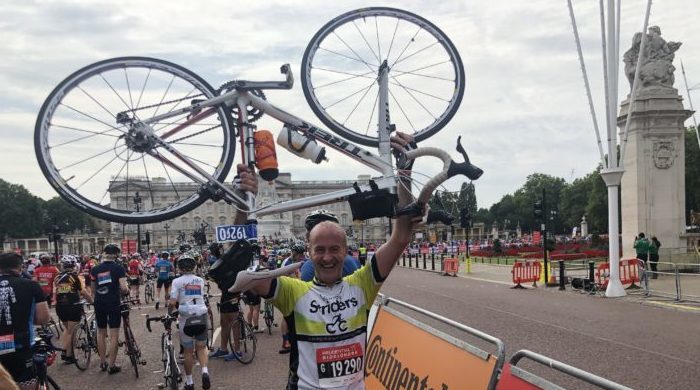 The annual cycling event was founded following the 2012 London Olympic and Paralympic games.

John was raising money for Pitt-Hopkins UK, a charity helping raise awareness of a rare genetic condition that affects his young son.

101 miles, several energy gels, numerous Surrey Hills including Leith Hill and Box Hill, 0 punctures and 1 sore backside later, John emerged into the sunshine down The Mall in under 6 hours of riding time and raised over £5,000.

Thank you to all those who donated and supported John, and to Alasdair Campbell who rode with him.