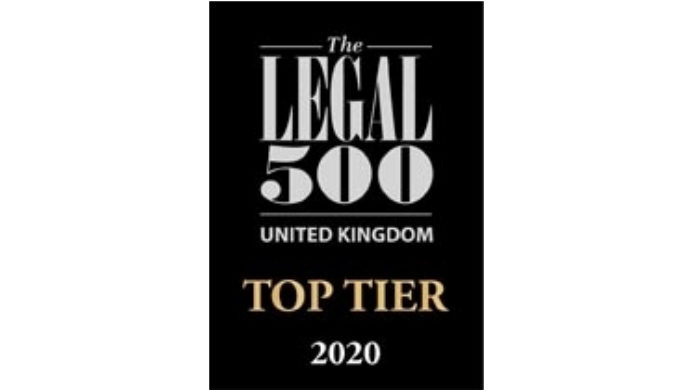 As we approach the fifth anniversary since the merger between Number 6 and Sovereign Chambers, we are delighted to have been promoted to a Top Tier set in the 2020 edition of The Legal 500.