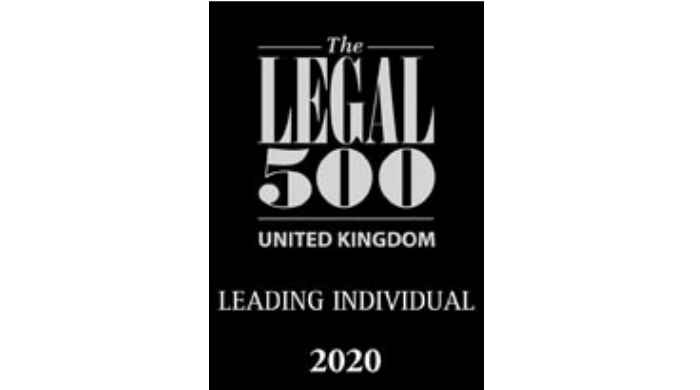 The Legal 500 highlights the UK’s most impressive barristers and chambers. The directory is broken down by location and practice area – “We produce the rankings based on in-depth market research; assessing recent case highlights provided in submissions by chambers, and speaking directly to in-house lawyers, solicitors and peer barristers to gain a rounded view of the UK’s elite players. Hundreds of interviews are carried out every year by a highly experienced research team, the majority of whom, have covered the Bar (and their respective sections) before”

15 of the Team are ranked in Crime with new entries for Julian Jones, Kate Batty and Shufqat Khan.

“Park Square Barristers is the chambers of choice  for many criminal solicitors within the region, with clients praising the strong range of alternative counsel that can be provide where necessary”

Clinical negligence sees an entry for Richard Paige along with established silk Andrew Lewis QC – L500 comment PSQB are “active across the clinical negligence sector, and the set has experience at both the junior and senior level. Key areas of work include birth injury, delayed diagnosis and surgeons negligence”

The Family Team has 8 entries including Martin Todd who joined PSQB earlier in the year – “according to clients, the team is a first-choice set for family law matters on circuit”

6 of the Civil Team are ranked in Personal Injury. Leading the way is Andrew Lewis QC who is the only ranked silk in personal injury on the North Eastern Circuit – PSQB “represent both claimants and defendants in a wide range of personal injury matters, with several members being particularly in demand to defend against fraudulent claims. Other key areas of practice include catastrophic injury and industrial disease claims”

PSQB’s expanding and busy Regulatory Team have 6 entries in the Regulatory, Health & Safety and Licensing section including Richard Wright QC – L500 noting members are “commonly instructed in health and safety cases, with a particular focus on the prosecution of such cases. Other notable areas of specialism include food standards and Environment Agency prosecutions, as well as police law”

Janine Wolstenholme is also ranked for Inquests and Inquiries. Legal 500 comment that Janine “has significant experience in Article 2 inquests. She represented the National Probation Service in an inquest into the death of a woman who was murdered by her former partner, who was a year previously released on license following a conviction for a previous murder in similar circumstances”

Full details of the PSQB rankings can be found on The Legal 500 website, please click here to view.