Kirsten Mercer looks at the guidance for coroners’ courts on how to respond to the Covid-19 pandemic… https://t.co/A7IiWjVWR1 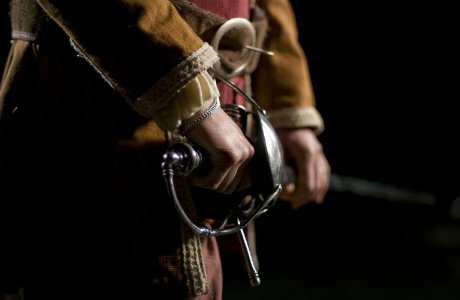 Rochefort, D’Artagnan and relief from sanction under CPR 3.9

As any film buff knows, by far and away the best ever film version of Alexander Dumas’ “The Three Musketeers” is the one directed by Richard Lester and released in 1973; as it would be with an iconic cast and a screen play by George MacDonald Fraser, who wrote the racy but witty Flashman novels.

One scene that has always stayed in my mind is an exchange between the menacing Cardinal Richelieu (Charlton Heston) and the master swordsman Rochefort (the peerless Christopher Lee). Richelieu asks Rochefort if he has killed D’Artagnan in a street fight, as he has been instructed to do. Rochefort admits he has not. Richelieu demands a reason for this calamity. With apparent equanimity Rochefort/Lee replies:

“I failed. One does occasionally.”

And so one does (although I have heard it said by some wiser than me that the most successful people are those willing to fail most often but go again anyway). But I digress.

Last Monday I was back in the fertile lands of relief from sanction under CPR 3.9 and “Jackson”, “Mitchell” and “Durrant”.  It was not totally without interest.

My client was the defendant. He was being sued for a substantial sum of money (£70,000) by the claimant. The claim was vigorously defended. My task was to resist an application for relief from sanction.

“Warning: you must comply with the terms imposed on you by this order otherwise your case is liable to be struck out or some other sanction imposed. If you cannot comply you are expected to make formal application to the court before any deadline.”

There was a side argument about whether there had been an oral agreement to extend time for compliance under the original directions order by 28 days at the mediation. I do not doubt that there was no such agreement, and in any event it would not comply with the new CPR 3.8.4, which permits an agreed extension for compliance for up to 28 days, provided (i) it is made in advance of the date ordered for compliance, (ii) it is in writing. That is worth a short note on its own, but I will leave that for now.

It was common ground that following Denton the court should apply a three-stage test in deciding whether or not to grant relief:

The claimant’s case in favour of relief was:

The defendant’s against relief case was:

The breaches were very serious. The claimant had simply ignored the case management directions, or even the alleged revised dates. The litigation had been set back by 6 months and more court time is being used now.

Whilst it was a close call, and the claimant’s solicitors received some pretty damning criticism from the district judge, the claimant got away with it.

The claimant’s technical point about the lack of sanction for breach of the disclosure obligation got short shrift from the district judge. I have seen it run before and it always does. The specific timetable and the express threat of sanction if it has not been obeyed are always regarded as more important.

The district judge assessed the seriousness of the breach as in the middle of the range, and found that the reason for the breach was incompetence rather than willful default (I am not sure about that).

In the end, the district judge backed off from the discontinuance argument (understandably) and was swayed by the lack of proportionality in preventing the claimant from adducing any evidence, and allowed the claimant relief.

However, relief was given on terms. A tight timetable was imposed and the claimant’s obligations in future were garnished with “unless orders”. In addition, the defendant was awarded his costs of putting in a new witness caused by the claimant’s failure to give disclosure, if any (and there will be) and his costs of resisting the application for relief.

I am not sure the decision of the district judge was correct; nor am I sure it was incorrect. It was a “robust case management” decision within his discretion. So be it. Another day, another judge, and maybe a different result.

I feel a bit flat. In the words of Rochefort: “I failed. One does occasionally.”

I have set out the rest of that dialogue below. Truly, the internet is a wonderful thing.

Cardinal Richelieu: If I blundered as you do, my head would fall.

Rochefort: I would say from a greater height than mine, Eminence.

Cardinal Richelieu: You would?

Rochefort: The height of vaulting ambition.

Cardinal Richelieu: You have none?

Cardinal Richelieu: Do you fear me, Rochefort?

Rochefort: Yes, I fear you, Eminence. I also hate you.

Cardinal Richelieu: I love you, my son. Even when you fail.

David Partington specialises in civil procedure and regularly represents parties in relief from sanction and similar applications. To book David, please speak to Talia Webster on 0113 213 5207.