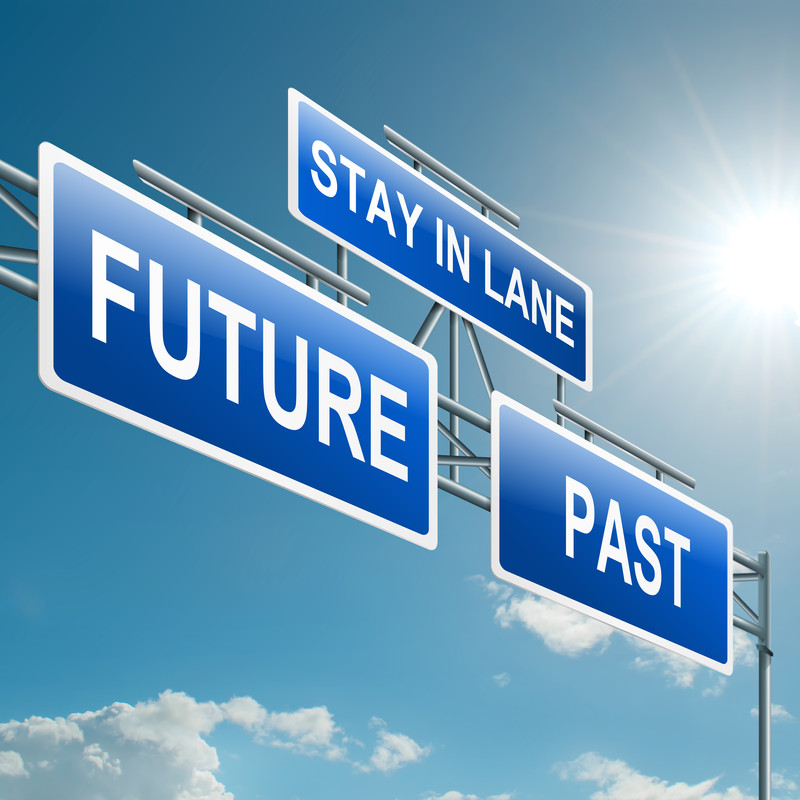 In the Back to the Future film franchise (begun in 1985) Marty McFly travelled backwards and forwards in time by 30 years, first to 1955 and back, and then to 2015 and back. The similarities and differences between the predicted 2015 featured therein and the real 2015 we are still (just) in, have been commented upon elsewhere. Much of the dramatic tension in the first film revolved around the need to ensure that Marty’s trip to the past did not disturb the reality of his present.

It is doubtful that the Inner House of the Court of Session in Scotland had the film franchise in mind when they gave their recent decision in ELB Securities Ltd v Alan Love & Prestwick Hotels Ltd 2015 CSIH 67, but nonetheless the same dramatic tension is involved.

Restored companies – what happens to the property it once owned?

The issue that faced them is what happens when a dissolved company is restored (either by the registrar for companies or by a Court Order), in particular what happens to the property that it once owned.

In case English practitioners are unfamiliar with the hierarchy of Courts in Scotland, the Inner House of the Court of Session is the highest civil Court in Scotland, appealable only to the Supreme Court in London.

Moreover, if English practitioners don’t feel the need to concern themselves with any sort of decisions from any sort of Court in Scotland, it is be borne in mind at the outset that the Prestwick hotels case involved the interpretation of the Companies Act 2006, which is of course a statute of as much interest south of the border as north of it. Indeed the Act applies throughout the whole of the United Kingdom with little or no practical differences between the provisions which apply to the separate legal jurisdictions therein. Thus higher case law in Scotland will be persuasive in England, at least in the circumstances where no higher English Court has yet considered a relevant matter.

Moreover even for those common law practitioners in England (and Wales) whose only interest in company law is to wish to know whether and how to restore a dissolved company in order to start a personal injury claim against it, this Scottish case will still be of interest. If only because they will want to know how the Courts will (or at least might) interpret the provisions about revived companies’ former assets.

According to the Companies Act 2006 (at sections 1028(1) and 1032(1) respectively), in the event of restoration of a company either by the registrar or by the Court: “the general effect is that the company is deemed to have continued in existence as if it had not been dissolved.”

Note the inclusion of the word “general”, of which more later.

In other words, and generally speaking, the restored company also has returned to it its former assets and rights of action, including monies, property, and the benefit of insurance policies for claims made against it by personal injury Claimants.

Given that any dissolved company’s assets pass to the Crown as bona vacantia, in many cases this means that the Crown has to return any such assets it has thus obtained (subject to its right to claim for its reasonable costs of handling those assets in the meantime). In many other cases the Crown will exercise its right to disclaim any such assets, which in the case of the rights of a tenant Company under a lease means that the lease then immediately terminates, and the former landlord can thereafter act accordingly and claim unfettered possession of the land. This is due to the wording of section 1015(1) of the Act whereby: “The Crown’s disclaimer operates so as to terminate as from the date of the disclaimer, the rights, interest and liabilities of the company in or in respect of the property disclaimed.”

However whilst it may not seem controversial to restore to a company all such benefits under insurance contracts as will enable its personal injury victims to receive proper compensation (even if this is decades later in the case of silent diseases like mesothelioma), what about if the company was not insured and its only assets to possibly satisfy such a claim have now long since been passed into the hands of blameless third parties?

If the reply be that companies which get dissolved are hardly likely to have had any such juicy assets to claim, but were almost certainly insolvent in any event, this would be wrong. Companies are often dissolved even though they own substantial assets. For instance mere inaction / delay by its directors in (for example) filing its accounts can trigger such an outcome.

In the Prestwick case the Court was not faced by such a dilemma involving a personal injury claimant but rather one between the interests of the restored company which (pre-dissolution) used to own a valuable commercial lease, and those of its former landlord who thought that they could obtain possession of those former tenanted premises, notwithstanding the restoration to the register of its former tenant.

The issue that the Court of Session chose to consider was which provision of the Act prevailed? The one which says that: “the Crown’s disclaimer operates so as to terminate as from the date of the disclaimer, the rights, interest and liabilities of the company in or in respect of the property disclaimed.” Or the one which says that: “the general effect is that the company is deemed to have continued in existence as if it had not been dissolved”.

They chose the former option and ordered that the restored company vacate its former commercial premises in favour of its former landlord. In effect they said that notwithstanding that the company was back on the register, it did not get its assets back. The company should be put back as it is, not as it was.

They did so by emphasising that the retrospective reviving effect of sections 1028 and 1032 was only stated to be “the general effect”, and that precedence therefore both could and indeed needed to be given to the dead hand of section 1015 whereby former assets disclaimed by the Crown were not just terminated, but terminated once and for all.

The former landlord thus gained an admittedly significant windfall notwithstanding that it was not argued by it (or even arguable) that it had changed its position in reliance of the dissolution and disclaimer in a way which caused it any significant prejudice. In fact the timescale between dissolution, disclaimer and restoration was very quick, a matter of a few short months and no significant steps had been taken by the landlord in that time. Indeed the company and former tenant remained in possession throughout.

Nonetheless, the Court of Session decided that this was the interpretation of the Act which they favoured. To find otherwise would they said “…lead to uncertainty and confusion in the commercial world…In general, applications for restoration of a company may be made at any time in the six years following dissolution, but in the case of a personal injury claimant, there is no time limit (section 1030(1)). Thus on (Prestwick’s) construction, any transactions, contracts, titles, leases, and loans relating to the relevant company would be struck at years later by an application for restoration resulting in an “as-you-were” position whereby the property simply reverted to the restored company as if the company had never ceased to exist and as if the dealings with the property over the recent years had never occurred…Parliament cannot have intended to produce such results.”

If this is right, and if it is an interpretation maintained by the Supreme Court in due course, then it means that every company director needs to be more aware than ever as to the importance to be attached to proper compliance with features such as the regular and timeous lodging of company accounts etc.

However the issue cannot yet be said to be resolved. Not only are Scottish cases simply (at most) persuasive on Courts south of the border, there are other reasons to believe that the decision by the Court of Session will not be the end of the matter.

The Court of Session considered that if the company was entitled as of right to its property back upon restoration then this statutory provision would become otiose and unnecessary. This was one further reason why they chose to go back to the present and not to the past.

However it is surely arguable that the very reason why this latter provision exists, together with the use of the words “may” and (elsewhere) “the general effect”, is because the answer to the supposed dilemma as to how to interpret the Act is not to make an uncompromising rule which either goes rigidly back to the past or stays rigidly solely in the present, but rather to permit the making of an order which does most justice and least injustice to and between all of the competing parties’ considerations. In other words, the Court has discretion as to what to do with a restored company’s former assets.

The Court of Session found no room for such discretion.

However for the reasons given above it is predicted that when, in the (hopefully near) future, this issue does come to be considered again, there may still not yet be any hover boards or self-tying shoe laces in operation in the Royal Courts of Justice, but that the Supreme Court will provide an interpretation of the Companies Act 2006 which endorses the right of Judges to exercise such discretion.