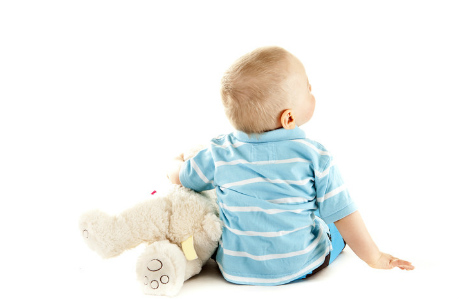 Stephen Brown considers some learning points arising out of linked judgments recently handed down by the president.

Particulars of the case

In S (A Child) (No 1) [2015] EWFC 19, the president gave judgment following the retrial of an application by a local authority for care and placement orders.

S was born on 3.3.2013 and the local authority issued applications for care and placement orders with respect to him on 29.9.2013 when he was nearly 7 months old. Those applications were based, in part, on the father’s history of alcohol abuse and domestic violence, to which S had been exposed. During the first 6 months of S’s life there were 2 known incidents of domestic violence between the father and mother, to which S had been exposed. The father argued that he should be subject to further assessment, and that inadequate consideration had been given of the support his own mother and outside agencies could offer to him. On 24.3.2014, a lay bench made a final care order and, on 7.4.2014, a placement order.

F appealed, out of time, against the final orders. The delay was at least in part because of difficulty securing legal aid. However, the intention to appeal had been communicated to the local authority.

Notwithstanding that communication, by the time the appeal came before a circuit judge, S had been placed with respective adopters. The circuit judge (HHJ Hudson) ordered a retrial on the grounds (inter alia) that there had been insufficient consideration of the support that could be offered to the father. The retrial was the hearing that came before the president.

At the retrial, the father – supported by the mother – argued that S should be placed in his care under a supervision order. The local authority and the guardian were opposed. Everyone agreed that the only realistic options were rehabilitation to the father, or adoption.

Attempts to address the father’s issues

The father had made some attempt to engage in therapy and address his alcohol abuse. In an addendum parenting assessment, prepared for the retrial, the social worker acknowledged these efforts and went so far as to say:

‘Impressively, he has acted autonomously in accessing and completing a course in domestic violence and anger management… Given the lapse of time that has now taken place, it is evident that [he] has made progress and it would be unfair not to suggest the possibility that [he] would be able to provide good enough parenting to his son’.

The president accepted that the father had taken steps to address his problems, including participating in courses. He accepted that ‘up to a point’, the father was in a better position at the retrial than he had been at the outset of the original proceedings to care for S. He set this improvement against:

(1) the fact that the father admitted some untruths in the early part of his evidence to the president, which the president took to be a sign that he was only beginning to acknowledge the extent of his problems

(3) the fact that the father relationship with the mother was over did not guard against violence to future partners, to which S might be exposed.

‘At the end of the day, and stripped down to essentials, the question is whether S will be safe in his father’s care. I can have no confidence that he will be… There is in my judgment a very real, indeed a significant and substantial, risk that what has happened to him before will happen to him again… It is, in my judgment, a risk which is simply unmanageable’.

‘Frankness from the outset’

Once the local authority became aware that an appeal had been lodged out of time (remember that S had already been placed), they did not tell the prospective adopters for 6 weeks. Indeed, the retrial had been allowed before they were told. The president said that ‘Complete frankness was surely called for from the outset’.

There is a learning point, for local authorities, of more general applicability here. Quite often, in my experience, local authority documents are highly ‘aspirational’ – in the sense that they will say ‘If/when X is returned to the care of Y, the [eg SureStart centre] could be approached for support’. Clearly, what is required is that the [eg SureStart centre] is approached and that details of the support they can offer are specified.