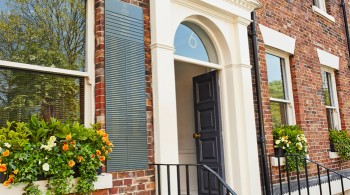 Service charges, the burden of proof and reasonableness of decisions

Last week  wrote an introductory article on a service charge case, The Gateway (Leeds) Management Ltd v Naghash and Shamsizadeh (citation above), a decision of Martin Rodger QC, Deputy President in the Upper Tribunal (Lands Chamber), in which I acted for the Defendants/Respondents. The facts are set out in that piece, and I do not propose to rehearse them here.

The crux of the matter was that the First-tier Tribunal (“F-tT”) cut down the claimant management company’s claim to reimbursement for services rendered in respect of 3 items – a gym, a CCTV system, and a concierge – by 50%, 20% and 50% respectively. The management company appealed.

S.19 of the Landlord and Tenant Act 1985 imposes a restriction on the amount that a landlord (or, as the case may be, management company) may recover by way of service charge from the tenants. Insofar as is material, s.19 of the 1985 Act provides as follows:

(a) only to the extent that they are reasonably incurred, and

(b) where they are incurred on the provision of services or the carrying out of works, only if the services or works are of a reasonable standard;

and the amounts payable shall be limited accordingly.”

One of the questions raised in the Gateway case was: upon whom did the burden of proof lie in satisfying these criteria, and by what means did they have to do so? The matter became important because neither side had covered themselves in glory in preparing their respective cases.

The F-tT, formerly known as the LVT, is a robust tribunal. One of its purposed is to address the host of issues that arise in domestic letterings in a practical and cost effective way, bringing its own expertise to bear (within due limits). So, how should it go about deciding who has to prove what?

In Daejan Investments Ltd v Benson [2011] EWCA Civ 38 Sedley LJ had this to say about the matter (in the then LVT) at paragraph 86:

“Lastly, I would add a word to what Lord Justice Gross says in paragraph 76(ii) about the burden of proof. It is common for advocates to resort to this when the factual case is finely balanced; but it is increasingly rare in modern litigation for the burden of proof to be critical. Much more commonly the task of the tribunal of fact begins and ends with its evaluation of as much of the evidence, whatever its source, as helps to answer the material questions of law. In nine cases out of ten this is sufficient to resolve the contest. It is only rarely that the tribunal will need to resort to the adversarial notion of the burden of proof in order to decide whether an argument has been made out, and tribunals ought in my view not to be astute to do so: the burden of proof is a last, not a first, resort.”

Possibly so. But that presumes that there is adequate evidence for the tribunal to make an assessment. And to be perfectly candid, I am not sure that the matter is quite so simply stated.

In that case the claimant tenants made an application under s.27A of the 1985 Act for a declaration that certain items in the service charge were not payable. Before the LVT the claimants launched a barrage of complaints about component items within the overall service charge being charged by the landlord. The LVT dismissed the challenges in respect of 50 such items on the grounds that “No sufficient evidence was furnished to enable the Tribunal to conclude that the Applicants’ challenge was justified.” The claimants then appealed on the grounds that the LVT had misdirected itself by failing to hold that the burden of proof fell on the defendant landlord to prove the charges had been reasonable.

The judge observed that in civil cases where the balance of probabilities applies the primary purpose of the rule about burden of proof is deciding the right to begin, although there may be exceptional circumstances where there is no evidence, or the tribunal is unable to make up its mind: Yorkbrook Investment Ltd v Batten [1985] 2 EGLR 100 followed. However, he continued:

In the Gateway case itself the position was slightly different because it was the management company which had issued proceedings in the county court seeking payment of the charges in issue, the tenants defended on the basis that the charges in issue were “unreasonable” and those proceedings had then been transferred by the court to F-tT.

The reason that it seemed to me that it mattered was that neither side had given a great deal of thought about what evidence they might need to lead in the F-tT to successfully bring or defend the action, and that had had a direct effect of the paucity of reasoning for the decision – where the F-tT’s decision was clearly susceptible to attacked. It also raised not uninteresting issues about what sort of evidence can and should be led in a service charge case, a question which seems to me to be capable of being answered only with those two dread words: it depends.

It is important to note that in the Gateway case itself the items being challenged were fairly significant expenses, even if the cost was fairly modest when spread throughout the many hundreds of residential apartments. The ones in issue were:

Before discussing these in greater detail, I should make further points. First, there did appear to be quite a close identification between the management company and the landlord, at least in terms of personnel (there were several directors common to both). Second, the management company had made a rather botched job of presenting its evidence in respect of these leases, and had not as far as I can see made any significant attempt to explain the circumstances in which these leased came to be entered into, or how the figures agreed. The management company simply took the line: well, it’s a cost to us so it has to be paid for, and had simply along its hapless managing agent along to try and justify the charges, which he was in some difficulty doing, since he had no knowledge of the background to the transactions, nor could he really speak to the state of transactions in the wider market in Leeds. But equally, the tenants had not given much though to the situation either. They had provided no evidence about what other CCTV systems might cost, for example, or how much other gym memberships might costs – although because of the unique circumstances of the particular property, it became quite clear in argument that there was considerable doubt whether such comparables would have had real probative value.

Here is that I wanted to run from the argument from the tenant’s point of view:

The management company’s riposte was:

The decisions of the F-tT

This debate did not take place in a vacuum. The reason that it was important was because it informed, in part, the debate about whether the L-tT had given adequate reasons for its decision. On what basis had the charges for the gym and the concierge service been reduced for 50%? What justified a 20% deduction been made for the CCTV? Because of the paucity (well, complete lack) of comparable evidence, it made it very difficult to see how the F-tT could have reached a reasoned conclusion, and that was the week point in the tenants’ position. In doing so, it seems the F-tT must walk a difficult line. For example there are these observations from Country Trade v Noakes [2011] UKUT 407 (LC):

“16. The difficulty comes where the LVT accepts that “some” work has been done but does not accept that the “rates” or “charges” claimed as reasonable are credible or justified but there is no other comparative or market evidence (in the form of estimates, or quotes or such like) of what those rates or charges might be. The LVT will not be able to reject the sum claimed because it has accepted that some work has been done to justify a charge, but will have concluded that the amount claimed is too high.

“17. In those circumstances, the LVT is entitled to apply a robust, common sense approach and make appropriate deductions based on the available evidence (such as it is) from the amounts claimed always bearing in mind that it must explain its reasons for doing so. The circumstances in which it may do so will depend on the nature of the issues raised and service charge items in dispute, and will always be a question of fact and degree. In some instances, such as insurance premiums, it will be very difficult for the LVT to disallow the landlord’s claim in the absence of any comparative or market evidence to the contrary. In other cases, such as gardening, cleaning or such like, the position might be different where the nature and complexity of the work is fairly straightforward. It is only where the issue is finely balanced that resort need be had to the burden of proof.”

That means that it must give its decisions on the basis of evidence before it, must not reach a conclusion based on evidence that parties did not have the chance to comment on, and must give sufficient a proper reasons for its decision: see Arrowdell Ltd. v Coniston Court (Hove) Ltd [2007] R.V.R. 39

On a final piece on this case I will discuss these requirements in more detail. I shall also make some observations on a matter which is perhaps becoming more relevant than it days past: pragmatism when it comes to dealing with appeals and the use of court time.

David Partington    is very experienced in service charge provisions and other landlord and tenant matters. To book David, please contact his clerks, Fran or Talia, on 01132 459762.